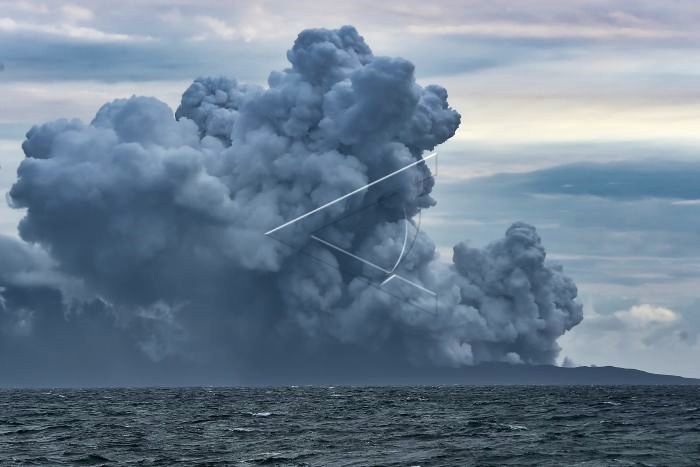 According to recent visual observations, the top of the Anak Krakatau cone has disappeared. The PVMBG estimates that the highest point of the volcano has risen from 338 meters to 110 meters. From Pasauran's PGA post, the position of the top of Mount Anak Krakatau is currently lower than that of Sertung Island, which is the background. For the record, the island of Sertung is 182 meters high and 132 meters long.

This change in morphology results from the combination of strong eruptive activity and slippage of a part of the volcanic body.

The current potential danger of the ongoing Gunung Anak Krakatau eruption is the more likely occurrence of Surtsey type eruptions, a phreatomagmatic type (direct contact between magma and seawater) producing a lot of ash.

The risk of another tsunami is considered low, unless reactivation of the fault structure in the Sunda Strait.

Krakatau's activity level remains at 3 / siaga, with a prohibited area of ​​5 km radius. 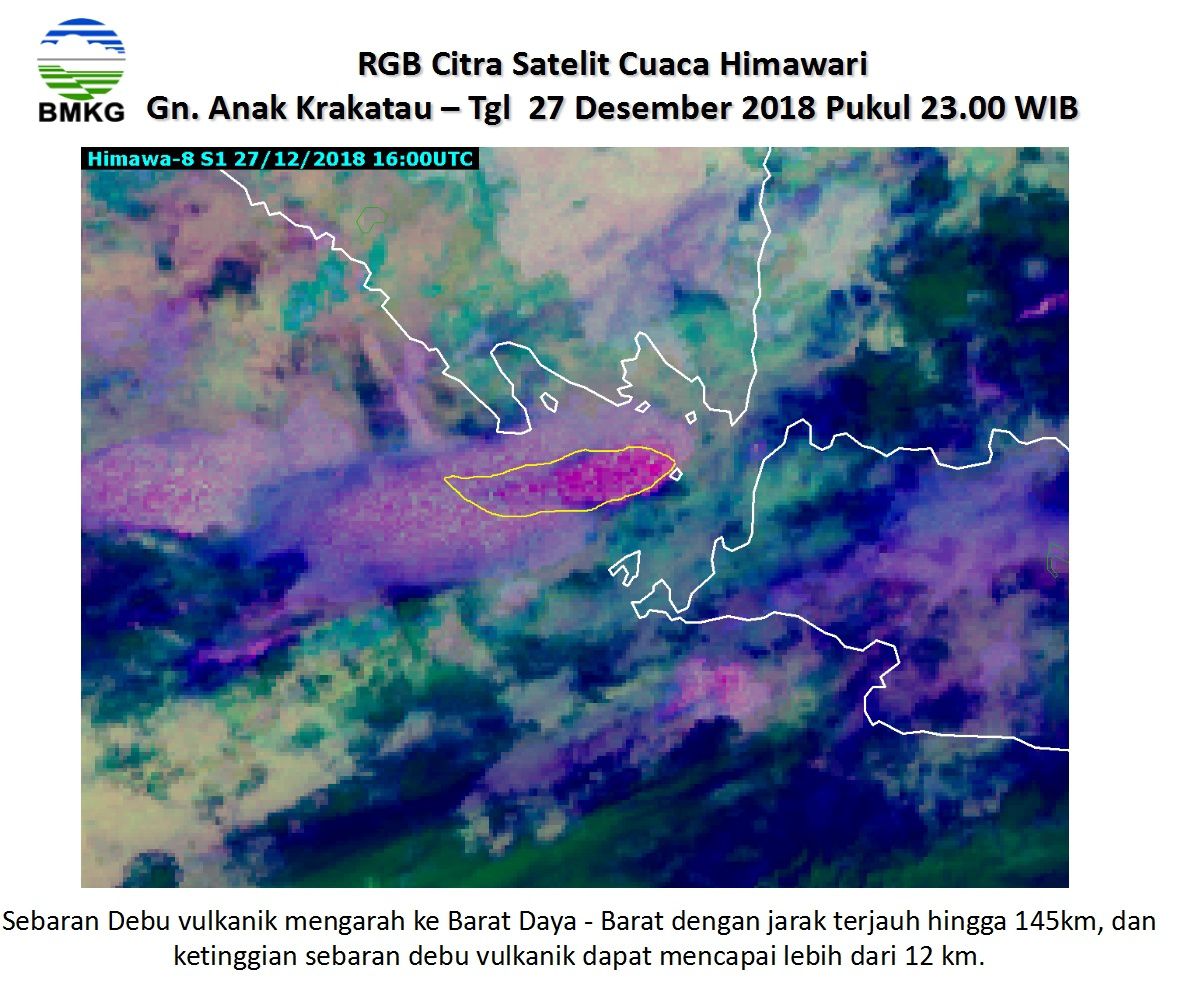 The images of the Himawari RGB Citra Satellite show an ash distribution to a southwestern sector this December 27, at an altitude of up to 12 km asl. and a distance of 190 km.

On December 28, the surtseyan activity continues, accompanied by plumes at 2,500 meters.

Guide Andi Susanto Rosadi tried to make the tour of Krakatau on December 28, but had to give it up because of the bad weather generating lows of 1-5 meters. At Merapi / Java, the summit lava dome is observed on December 27th marked by a white and thick degassing at a max. 125 meters above the summit, from the observation post.

The deformation does not show any significant change.

The volume of the dome is estimated at 389,000 m³, with a growth rate of 2,300 m³ / day, larger than the previous week. It is considered as currently stable, and the level of activity remains at 2 / waspada, with a prohibited area of ​​3 km radius.

On December 28 at 8:25 pm, a debris flow traveled more than 300 meters towards Kali Gendol, and incandescence is visible northwest of the dome the same day at 22:04; Another flow is reported at 22:55 WIB with a course of 400 meters.... events described as currents in the process of dome growth. 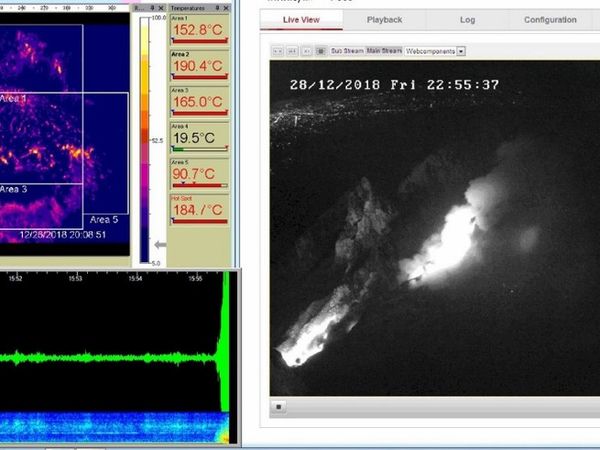 The weather conditions did not allow to see if it was associated with an emission of gas or ashes; Ash falls are possible in a northwesterly direction towards Manizales, Villamaría, Chinchiná, Santa Rosa, and Pereira.

The level of activity remains at 3 / amarillo / changes in the behavior of volcanic activity. 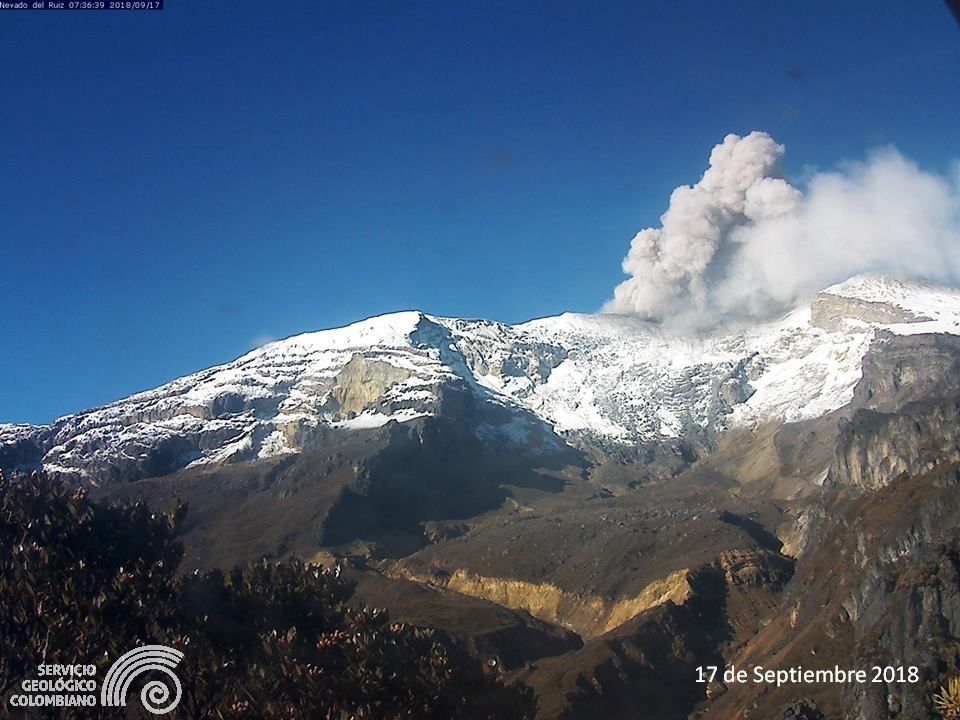 In Kamchatka, the explosive-extrusive eruption of Sheveluch continues with this December 26 at 20h, an explosion of ashes to more than 7,000 meters asl. The ash plume slid north for 10 km.
The KVERT reports that weather conditions cause an increase in the activity of degassing the volcano, interspersed with ash emissions; the ash plume extends 40 km, drifting to the northwest on 27 December. 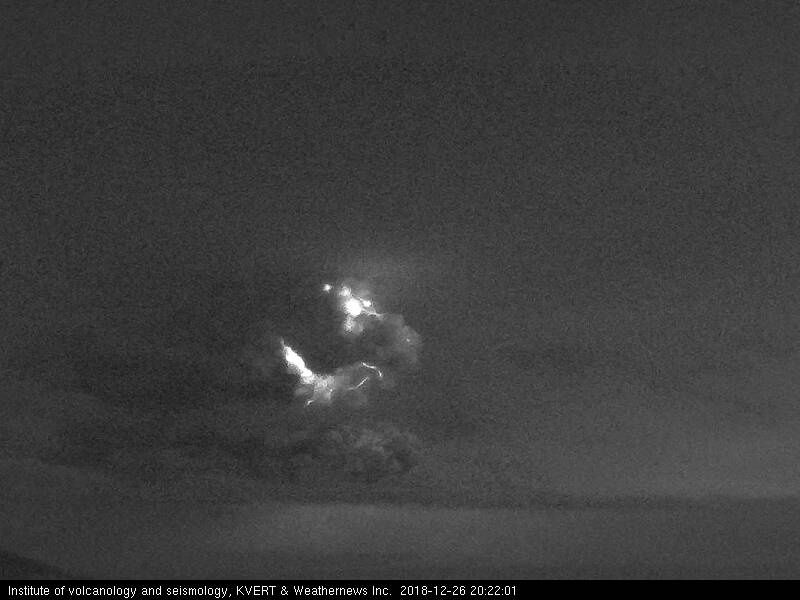 Typical explosions of this volcano, small clouds of ash dissipate within hours of their emission. The aviation code is orange. 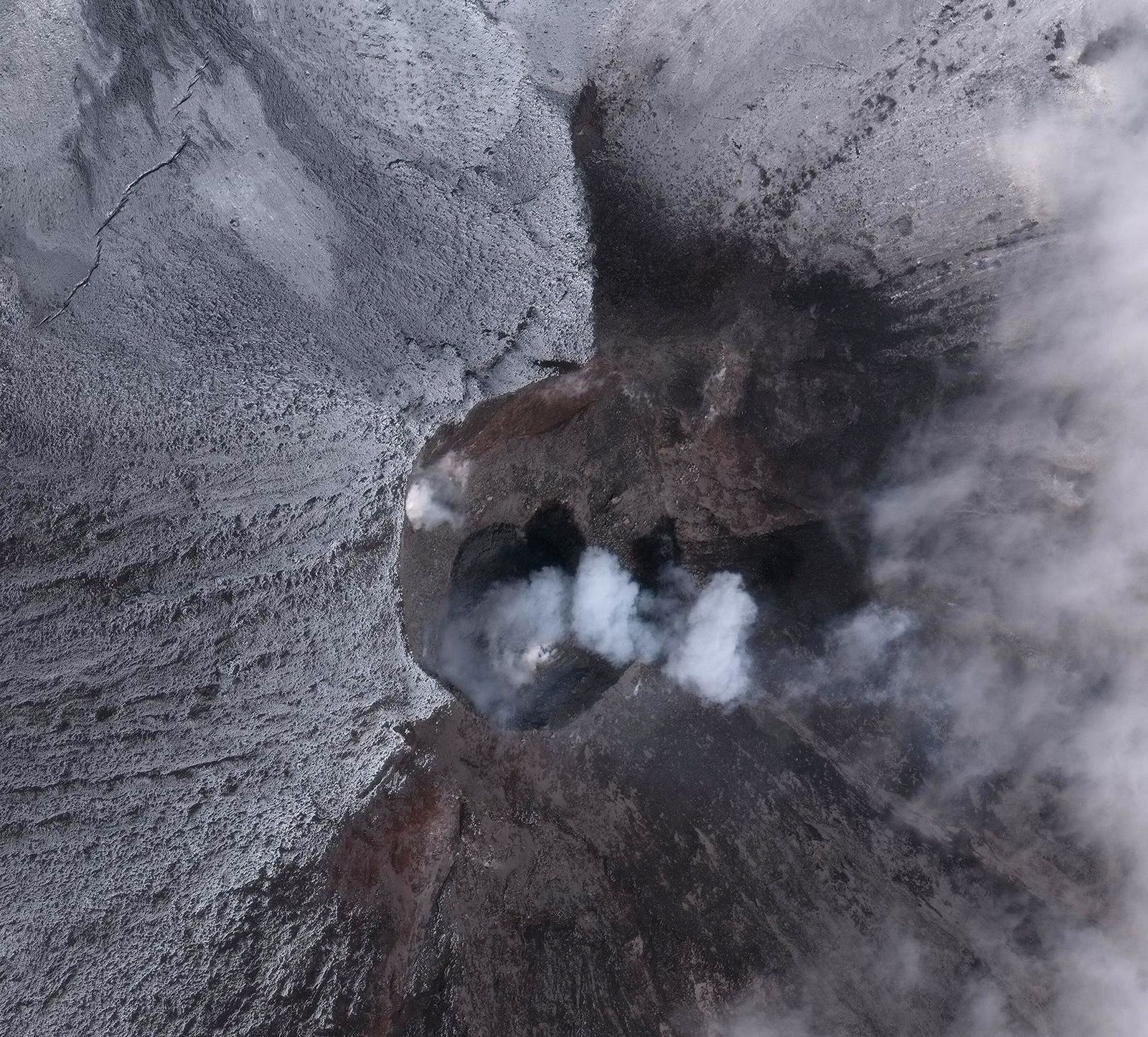 A powerful 4.8-magnitude earthquake occurred in the northern part of the Bárðarbunga caldera, one of the volcanoes overshadowed by the Vatnajökull icecap in Iceland, on 28 December at 01:16, followed by three earthquakes of significant magnitude. . The largest of them was from 3.7 to 1:38.

The biggest earthquake that occurred in Bárðarbunga last week was M3.6. On the website of the Icelandic Meteorological Office / IMO, there is no sign of eruption in the region, but significant earthquakes have been detected regularly in Bárðarbunga since the 2014-2015 eruption in Holuhraun, and the collapse of the Bárðarbunga caldera.