A change of color is reported by the rangers of the Poas Park: the acidic lake has changed from its usual turquoise color to  green tinged with yellow.

Maria Martinez, geochemist at Ovsicori, explains this change, unusual for two centuries, by the injection of sulfur dioxide by sub-lacustrine fumaroles, and the incidence of visible blue light that combines with the yellow of sulfur with as result, the current green tint.

Laguna Caliente has a greater or lesser degree of degassing, masking its surface at times. No eruptions are reported, and the activity remains similar to the previous days. The Turrialba is the seat on December 8 and 9 of various eruptive episodes; among these, on December 8 at 7:49, an episode was accompanied by a plume of ash and gas 800 meters above the summit.

On December 9, Ovsicori reported an eruption at 6:52 local time, accompanied by a plume of ash 1,000 meters above the active crater. 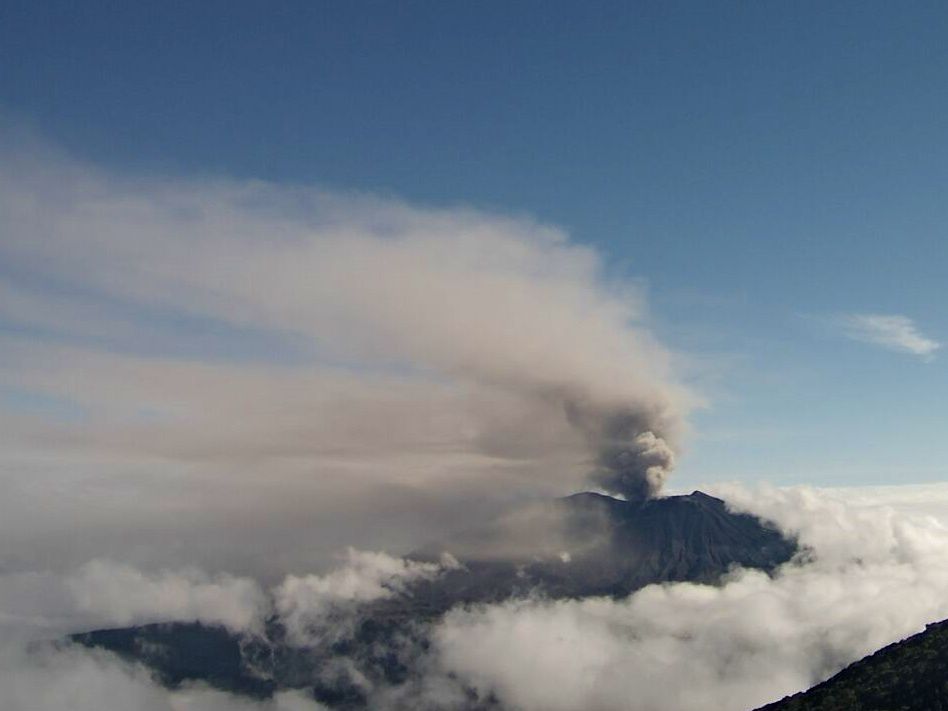 The eruption continues at Dukono, with this December 9, the emission of a thick plume white-greyish 500-700 meters above the crater.

A VAAC Darwin Ash dispatch an advisory showing  their impact on Halmahera Island, with the southwesterly and southerly winds.

The activity level remains at 2 / waspada, with a no-go zone of 2 km radius around the Malupang Warirang crater. 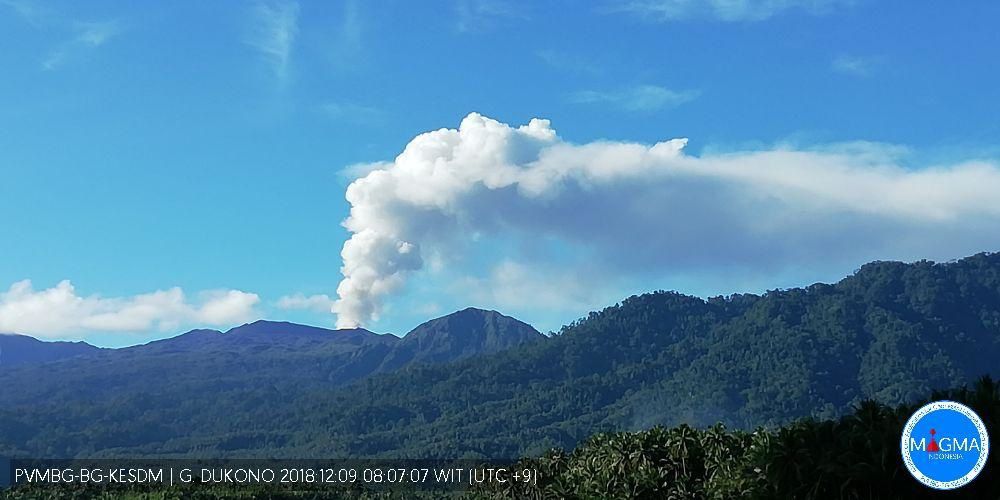 At the seismicity level, 45 minutes of low amplitude harmonic tremors and 3 volcano-tectonic earthquakes of M 1.5, 2.7 and 2.7 were recorded. 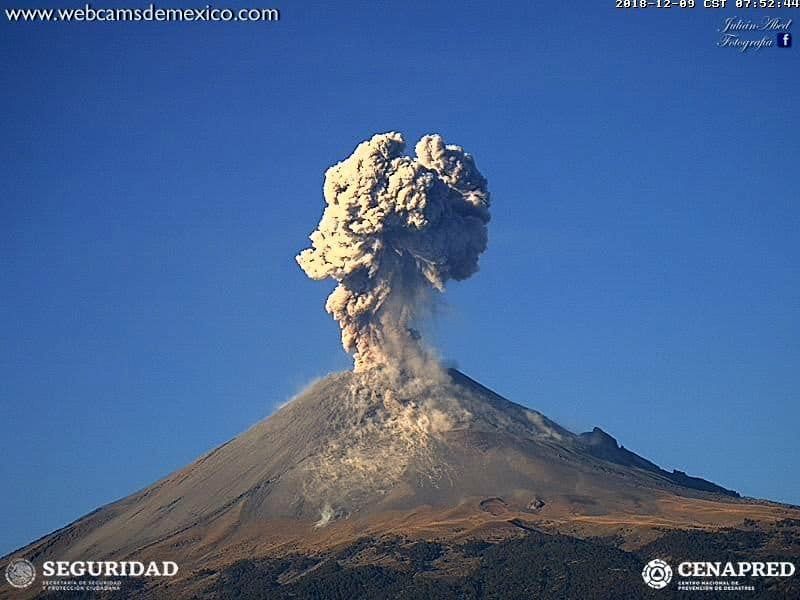 A public information effort is needed to clarify the activity in progress, to explain the alert levels and to recall the advice in case of ash falls in the form of clear and accessible diagrams.