Update on tsunami and eruption in Krakatau. Return on the disaster, with the information of the moment:

A particularly violent episode took place on December 22 at 21:03 local, accompanied by an eruptive column more than 16,8 km, according to VAAC Darwin.

The two photos of Øystein Lund Andersen are accompanied by his comment: " I remember being surprised that activity had totally ceased, and Anak-krakatau wasnt even visible at all. No eruption sounds were heard. Then a few minutes passed, and the Tsunami arrived. " The explosion / blast must have dislocated much of the island, causing an aerian collapse (and / or submarine) in the south and southwest areas, which caused the tsunami. The latter could, according to Simon Carn, have been reflected / diffracted by the remains of the caldera, resulting in complex dispersion patterns.

Note that a simulation carried out in 2012 (reference sources) indicated the coastal areas possibly affected by a tsunami following a collapse of the southern flank of Anak Krakatau ... they were actually affected by the tsunami of 22.12. 2018.

In his conclusions, "the numerical simulation shows that a partial destabilization (0.28 km3) of Anak Krakatau to the southwest could be dangerous at the local level (tourism and fishing activities around the volcano) or even at the regional scale (Sumatran and Java coasts). "

"Due to the large population, the concentration of road and industrial infrastructure along parts of the exposed java and Sumatra coasts, and the low elevation of most of these lands, the tsunami could pose a significant risk. "

"However, as the tsunami travel time is several tens of minutes between the Krakatau archipelago and the main cities along these coasts, a rapid detection of the collapse of the Volcano Observatory, coupled with a system effective warning on the coast, could prevent this hypothetical event from being fatal. "

A premonitory tweet of March 2018 by Simon Carn warned again of the potential danger in connection with the constant erection of Anak Krakatau on the edge of the caldera formed by the eruption of 1883. The eruption of Anak Krakatau continued on 23 December:

Function of the aerial images available (Kumparan - by Dicky Adam Sidiq put on line around 16h WIB), showing black cypressoïdes jets and whites plume of steam, base surges at the base, one can qualify the current phase of the surtseyan type  (see phase of the 1963 eruption that led to the emergence of the island of Surtsey) during which the magma comes out under water, shallow, with significant fragmentation. 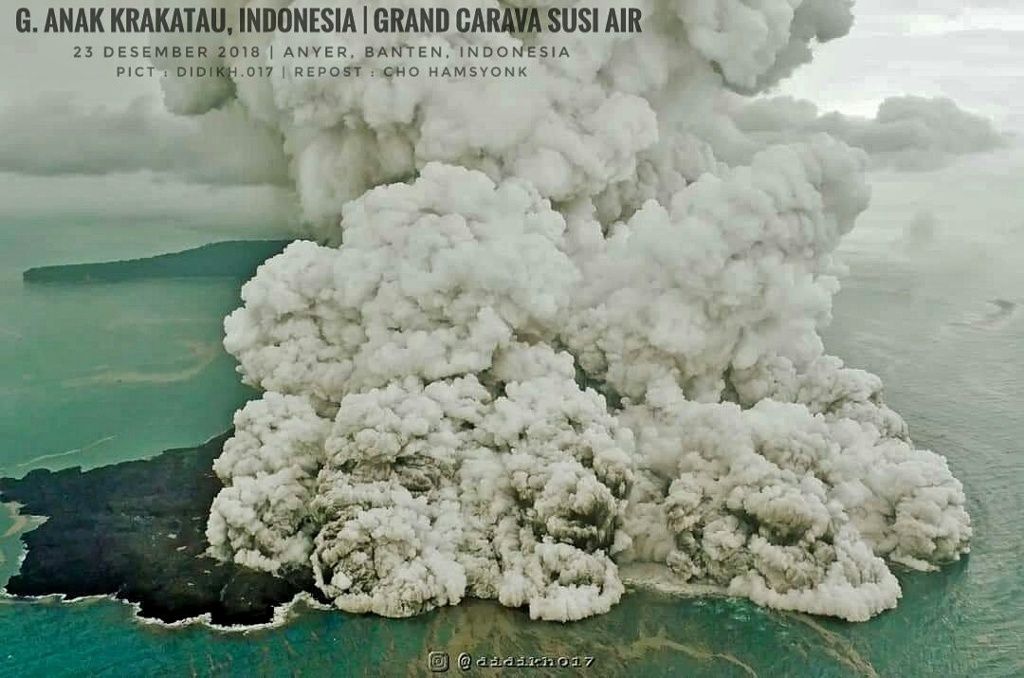 A lot of lightning was detected by the WWLLN Lightning strike detection this December 23 : 10,856. 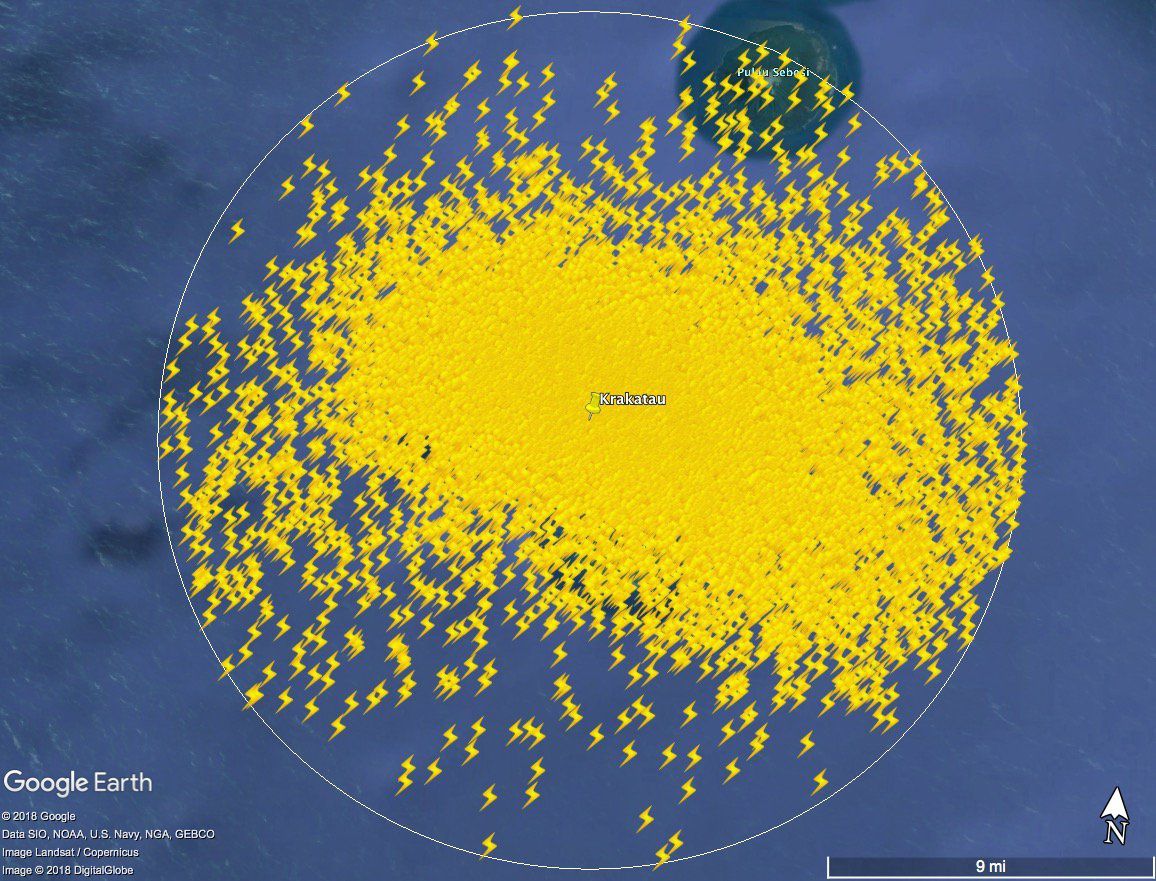 Summary of the day of December 23 in 2 images: desolation, and power released by the current eruption.