Several eruptions are reported at Agung, on the island of Bali on 21 and 22 January 2019.

In both cases, the ash plume could not be observed due to fog. In Vanuatu, returns on Ambae despite ongoing activity, and relocations on Ambrym.

On Ambae, the Lombenben volcano is still in a state of major instability, characterized on January 21st by a plume of vapor and gas and its seismicity.

The alert level remains at 2 / with a 2 km danger zone around the active vent and drainages, where lahars can occur in case of rain.

The customary leaders of Ambae welcomed the Government's decision to allow returns to the island, re-establish telecommunications facilities, reopen hospitals and health centers, and provide food and water during the period of crop resettlement. 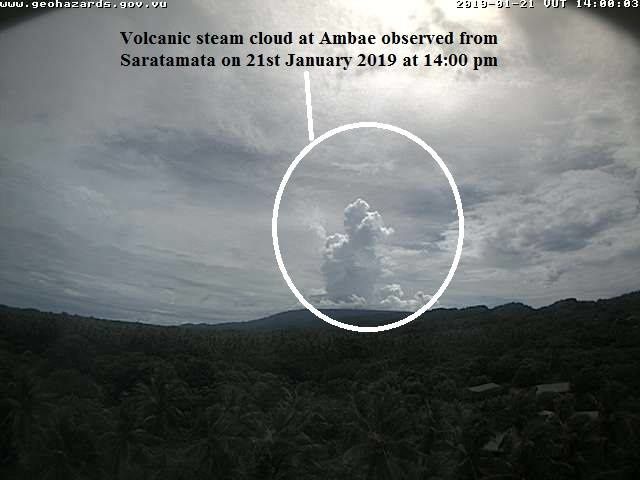 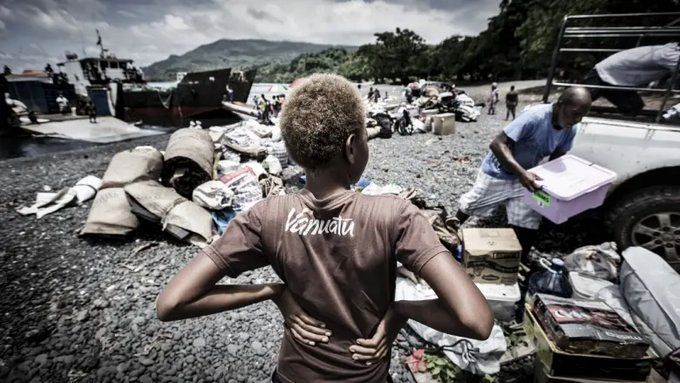 Ambae - A young boy watches his family unload their possessions before returning to the island - photo Paul Jones / Vanuatu Herald / 21.01.2019

In Ambrym, more than 600 people were relocated to safe areas following seismic activity generated by eruptions, and damage to infrastructure and housing. Ambrym - evacuation of the community of Asse to the village of Endu NE of Ambrym. - photo Vanuatu red cross / 22.01.2019

The Italian Experimental Geophysical Laboratory / LGS reports strong Strombolian activity at the northeastern vent of Stromboli, and strong explosions at the other six vents on the platform.

The new cinder cone that has recently been built around the northeastern vent shows spattering and a strong nocturnal incandescence, and explosions with projections at about 150 meters, sometimes up to 250-300 meters, every 10- 20 minutes.