News from Cleveland, Merapi and Popocatépetl. The AVO has raised the alert level of Cleveland, in the Aleutians to Watch, and its aviation code to Orange this January 17, 2019.

Satellite data show the existence and growth of a new lava dome since January 12, and its presence could be linked to explosive activity, commonly noticed without warning. At Merapi, on Java, the growth of the Merapi dome gives rise to avalanches of incandescent blocks more and more frequent.

This January 17, the PVMBG informs 37 earthquakes collapse, and 8 earthquakes of collapse January 18, between midnight and 06h ​​local, lasting between 12 and 88 sec. A thick plume is observed about 50 meters above the summit. The Institute of Geophysics of the National Autonomous University of Mexico (UNAM) and the National Center for Disaster Reduction (Cenapred) are preparing to complete the modernization of the surveillance systems of the Popocatépetl volcano.

By installing 11 stations, the two institutions seek to improve the monitoring of the seismic activity at the origin of the colossus and to understand how the deformation undergone by the volcanic building is changing. In addition, they are also advancing in the creation of a complete 360 ​​° vision in real time through the installation of a camera system, according to information from the UNAM Gazette.

The modernization works are in the final phase. In addition, these institutions are preparing the optimization of the network of remote gas measurement systems. This technology package is expected to be completed in February and will feed the data and analytical information collected by the Institute of Geophysics and Cenapred.

The installation of a weather radar will facilitate the recognition and study of ash from the volcano. It will be able to know the altitude and the dispersion of the ashes even when the climatic conditions make the visibility difficult, as it happens with the presence of clouds and precipitations, or during the night.

In the past 24 hours, Popocatepetl has experienced 254 exhalations with emission of steam, gas and ash.

An ash emission at 12:44 lasting 25 minutes was accompanied by a plume reaching momentarily 1,000 meters, before dispersing to the E-NE, generating a few falls of ash in the localities downwind. 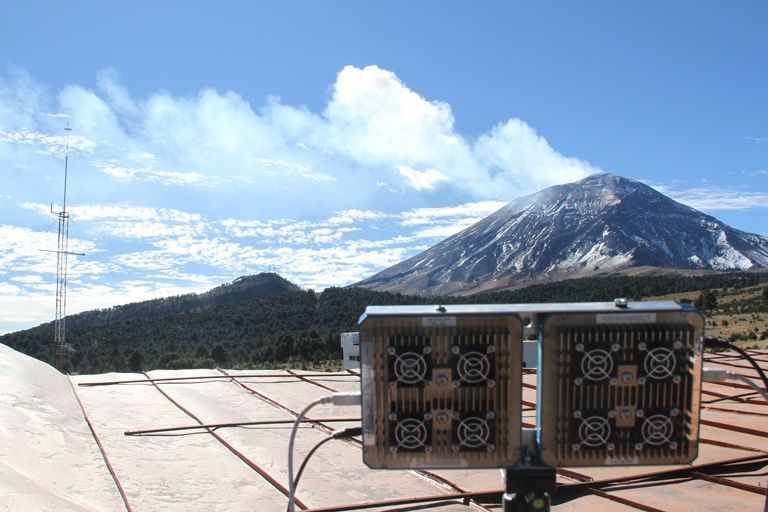