The Poas, in Costa Rica, erupted yesterday 11 February 2019 at 1h50 local; since that time, incandescence is visible in the crater ... the temperature is around 800 ° C, according to Maria Martinez; a plume of gas and ashes rises 200 meters above the crater, lying in a southwesterly direction, and the communities of Grecia, Cajón and San Luis.

Sulfur gas levels must be high because the bottom of the crater under the plume has turned yellowish. Passive emissions continued throughout the day.

Under the leadership of Ovsicori, the authorities of the National Emergency Commission (CNE) decided to close the Poas National Park for 24 hours on Monday, the time to decide on the continuation of the activity. "It is recommended to take the case's predictions, especially those predisposed to asthma and / or allergies.Do not leave the house and do not use protection as a mask in the airways" said the OVSICORI on their social networks.

That night, no glow was visible. 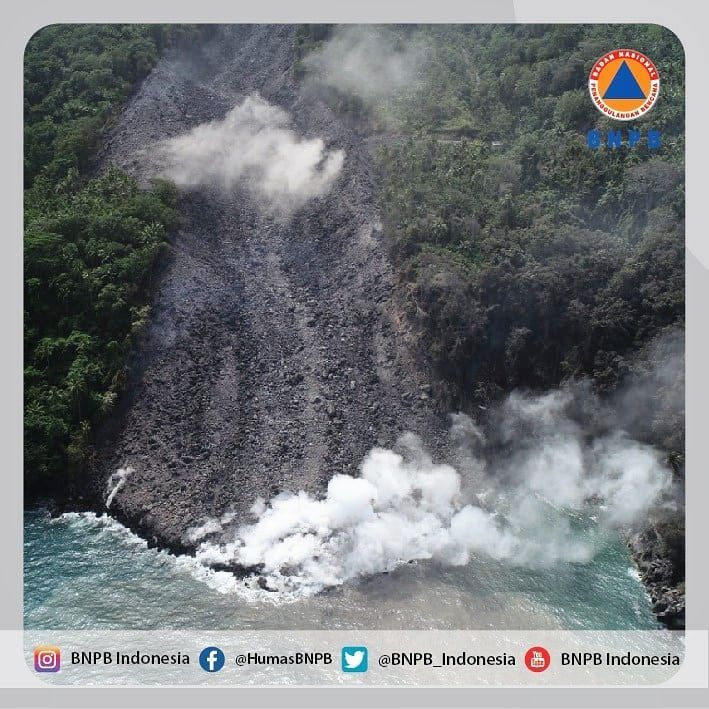 In Karangetang, volcanic activity affects about 53 families (190 people) who have been displaced. A total of 33 families (122 people) are in Paseng Shelter, 11 families (39 people) at GMIST Batubulan School and 9 families (29 people) with parents.

Regarding the potential impact on the community, the PVMBG recommends that residents of Batubulan village, Niambangeng village and Beba village be evacuated to a place safe from the threat of lava and floodwaters. pyroclastic. Volcanic activity also caused material damage: the access road to the village of Batubulan is covered with volcanic materials up to a height of 50 m and over an area of ​​300 m². The Sitaro Islands Regional Disaster Management Agency (BPBD) also reported that two bridges in the village had been badly damaged. ⁣

Local government and other related elements, such as TNI, Polri, volunteers have been working on the emergency. The government ensures the evacuation and the satisfaction of the basic needs of the survivors. The National Disaster Management Agency (BNPB) also supports the strengthening of command posts in emergency management⁣ 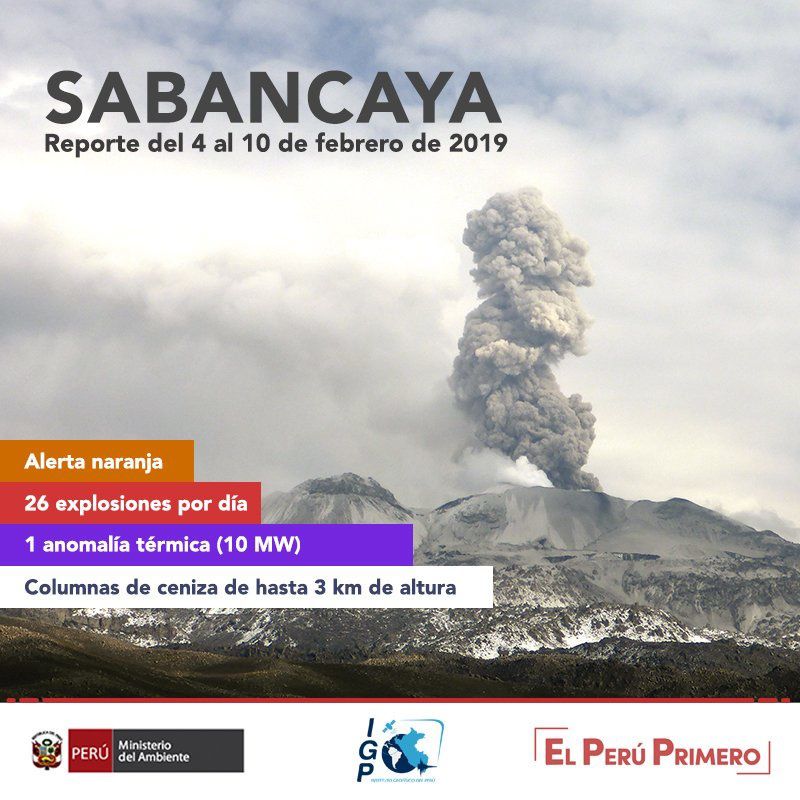 Sabancaya activity, in Peru, remained at moderate levels during the week of February 4 to 10. It is characterized by an average of 26 explosions per day, and plumes of gas and ash that reach a maximum of 3,000 meters above the crater, before dispersing over 30 km, mainly to the south and southwest.

Seismicity is dominated by LP earthquakes, associated with fluid movements, and hybrid earthquakes, in relation to the rise of magma.