Following an increase in the seismicity and activity of the Dukono, on Halmahera, the forbidden area of ​​2 km radius around the crater Malupang Warirang is recalled, with ban on hiking controlled by guards.

Authorities are preparing for a possible eruption, with refugee camps, food and masks. In Chile, the Nevados de Chillan complex experienced a new explosion this February 5 at 23:09 local.

It remains part of the eruptive process underway since January 2016. 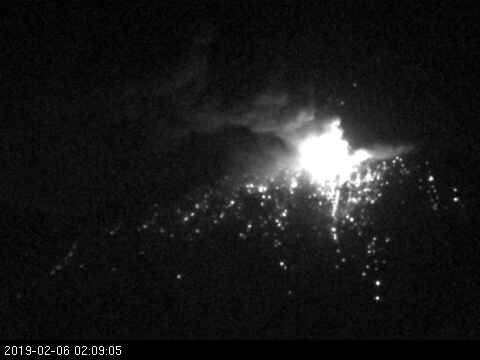 In Peteroa, intense eruptive activity continues, marked by a change of wind direction, which blows the ash plume to the northeast and the Vergara international pass, between Chile and Argentina. In Kamchatka, the explosive-extrusive activity of Sheveluch does not weaken; on February 6, a plume of ash is reported at 4,500-5,000 meters asl., dispersing towards the ESA for 60 km.

The aviation code remains orange, due to possible ash eruptions of up to 10-15 km asl at any time 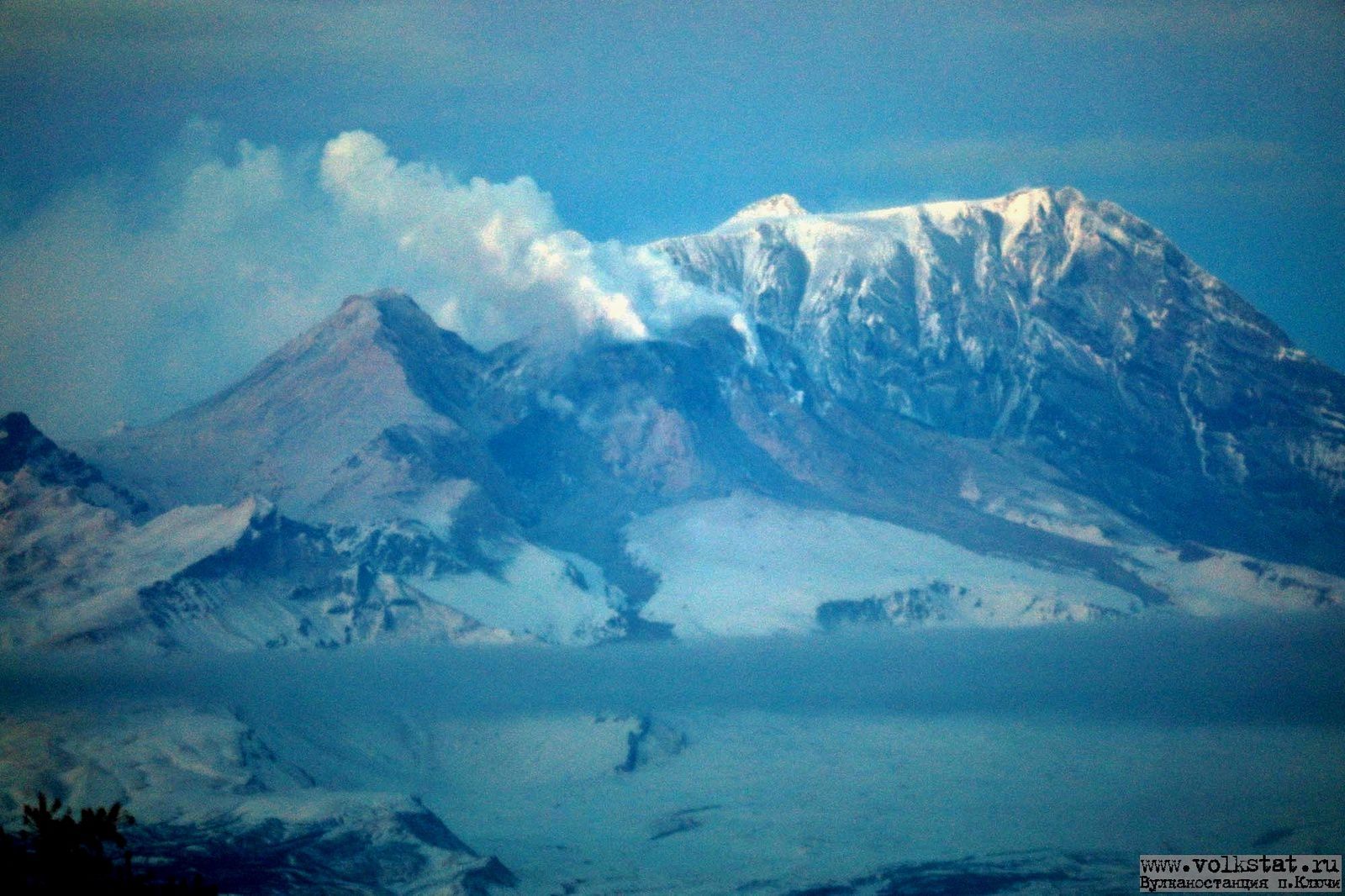 The Australian Antarctic Division (AAD), which manages Heard Island, Antarctica, has undertaken a project documenting changes in the environment on the island, particularly at glaciers.

The Winston, Brown and Stephenson glaciers have all declined considerably since 1947, and the lagoon expansion that followed is spectacular; it's today the first time in centuries, if not millennia, that the lagoon is free of ice !    The climatic health resort at Atlas Cove indicates a temperature increase of 1° C over the past 60 years.

It is a rich area for wildlife, which will benefit from the formation of lagoons as a whole. Three seal species commonly breed on Heard Island, the Southern Elephant Seal, Antarctic Fur Seal and Subantarctic Fur Seal.

AAD is also examining the impact of this new lagoon on local penguin communities. The population of king penguins increased sharply between the 1940s and the 21st century, while numbers of rockhopper penguins, gentoo and macaroni penguins declined during the same period (DAA, 2019).

The retreat of these glaciers follows the pattern of retreat from other glaciers on islands of the Cook Ice Cap, Kerguelen Island, Hindle Glacier and Neumayer Galcier, South Georgia. 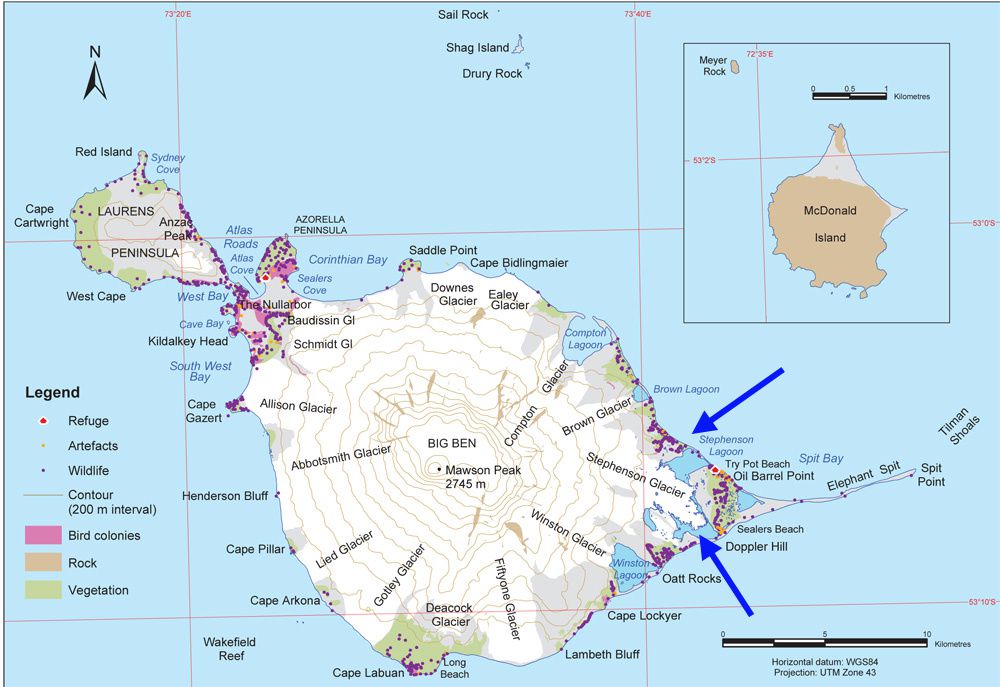 Map of Heard Island and location of lagoons without ice in 2019 - Doc. AAD