The eruption started on February 18, 2019 at 9:48 am local time at Piton de La Fournaise continued, with a slight drop in tremor intensity observed since 14:45 local time (10:45 UTC). This drop in tremor may be linked to a drop in activity on one or other of the two cracks.

The flows were visible from the Route des Laves, and the webcam of Piton Cascades. 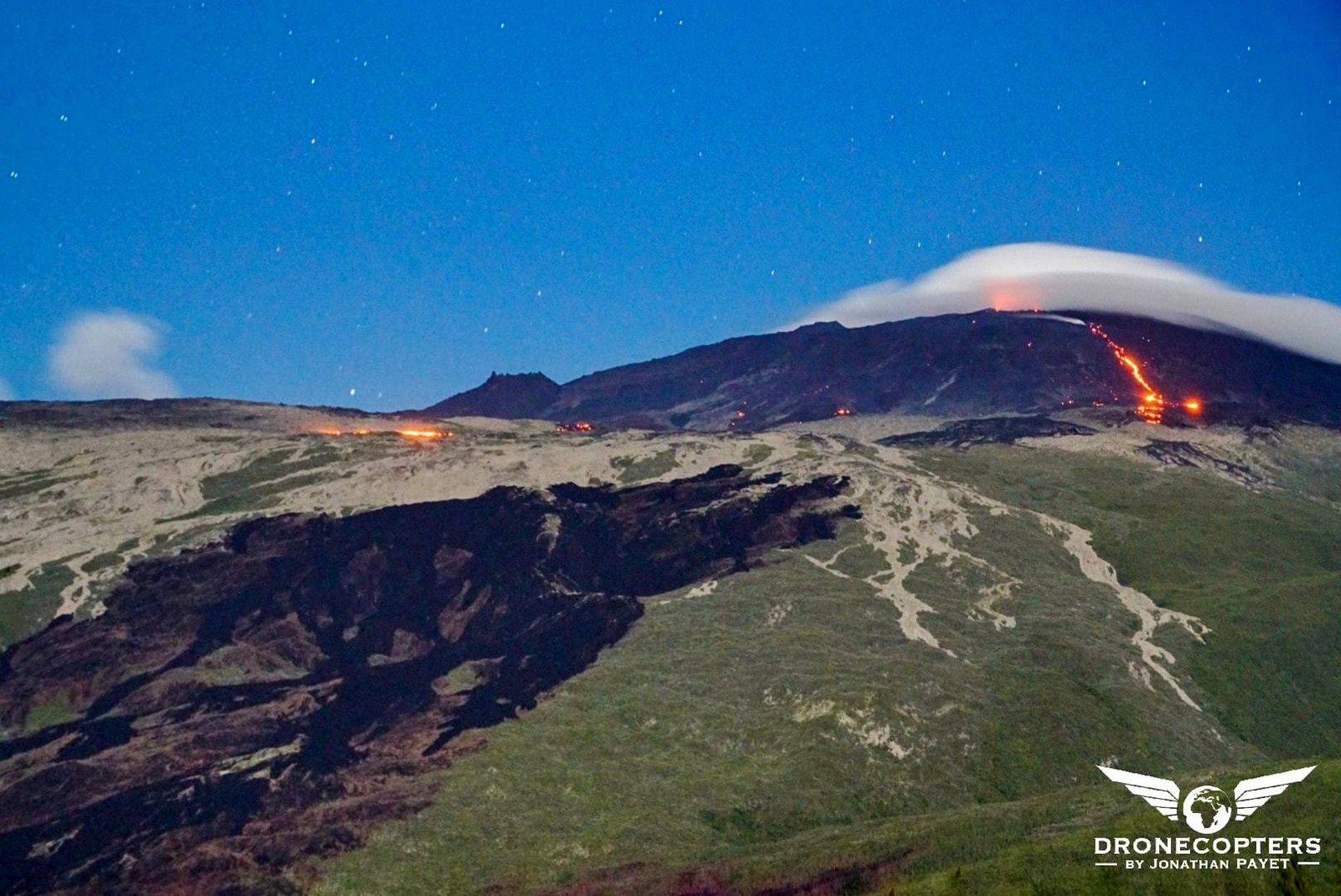 Piton de La Fournaise - the castings remain visible in the evening of 18.02.2019 from the lave road - photo Dronecopter / J.Payet Piton de La Fournaise - the flows seen by the Piton Cascades webcam around 15:39 UT, and after the official eruption stop - one click to enlarge - OVPF webcams

The eruption stopped on 18/02/2019 at 22:00 local time.
Pouring remains nevertheless visible, but these will gradually cool down with the end of their feeding by the eruption.

Under these conditions, the prefect of Reunion has decided to go into the backup phase of the specific ORSEC * device of the Volcano Piton de la Fournaise, starting at 03:30 on Tuesday, February 19, 2019.

Despite the end of activity from the geophysical point of view and the stop of the feeding (end of the tremor, vibration associated with the path of the magma and the gases it contains), flows remain visible and will gradually cool down . As a result, the ban on access to the upper part of the enclosure remains in force until further notice pending the conclusions of the recognitions that will be made in the coming days. 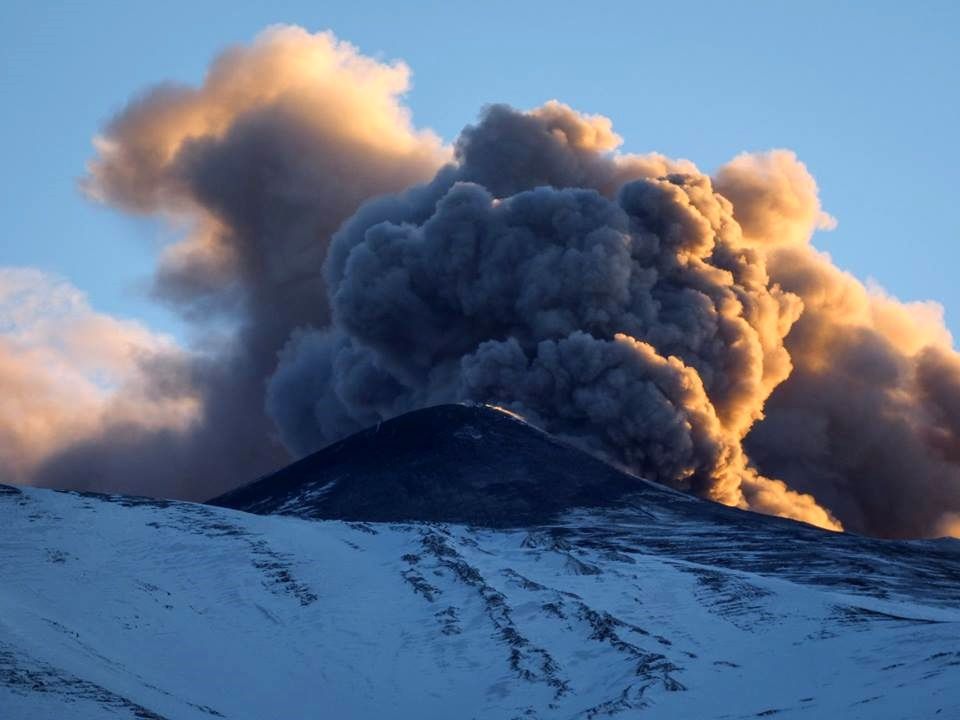 The very favorable weather conditions - excellent visibility and little wind - allow us to see dramatically the ash emissions of the crater Northeast / NEC of Etna.

" This is not a new eruption, as Boris Behncke explains, but intermittent ash emissions - almost exclusively old material derived from the central ducts - which have been going on since the beginning of January 2019." 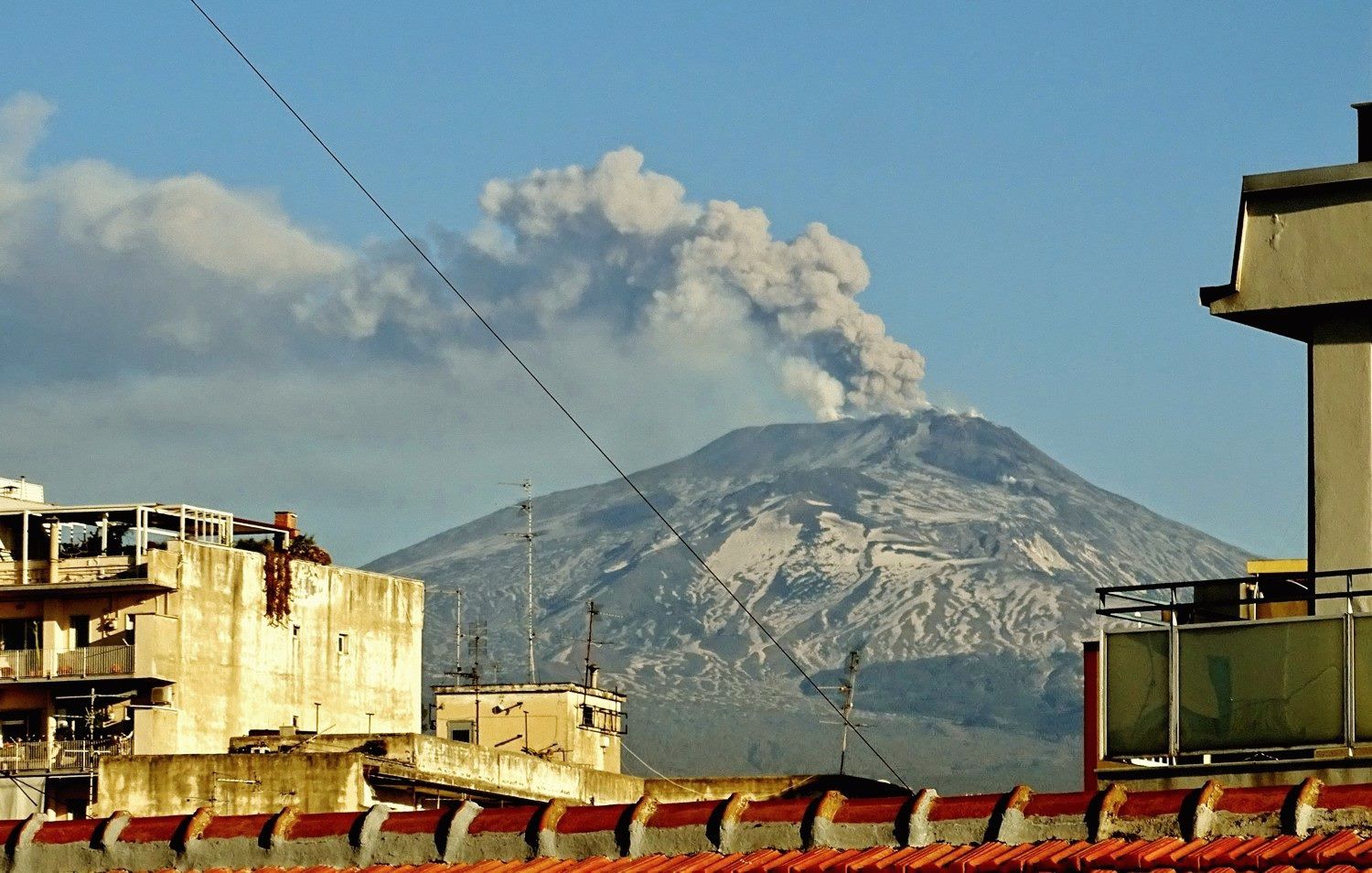 Etna - the ash plume of the NEC seen from the roof of the Etna-Observatory in Catania this morning, February 18, 2019. The wind was pushing it westward, an unusual direction. - photo Boris Behncke

The major problem of these ash emissions is that they put the staff of the Ingv Catania-Etna Observatory at great risk, because they represent a potential danger for the aircraft in flight in the area, so all days, sometimes even every hour, we need to change the state of alert for aeronautics (via the releases "Vona" / Volcano Observatory Notice for Aviation).

Thus, since last Thursday, February 14, we have already gone three times in the opinion of volcanological observatory for the aviation (notice of ash abundant in the atmosphere), to red level, to return every time after a few hours at the orange level.

These ash emissions led to the partial closure of Catania's Fontanarossa airport on 18 February, which carries 10 million passengers a year.

Sources: Boris Behncke and the photographers. In Indonesia, a white to thick gray plume is observed on February 18, about 500 meters above Krakatau; at the seismicity level, the PVMBG reports for the same day an eruption earthquake, three deep volcanic earthquakes and a distant tectonic earthquake. 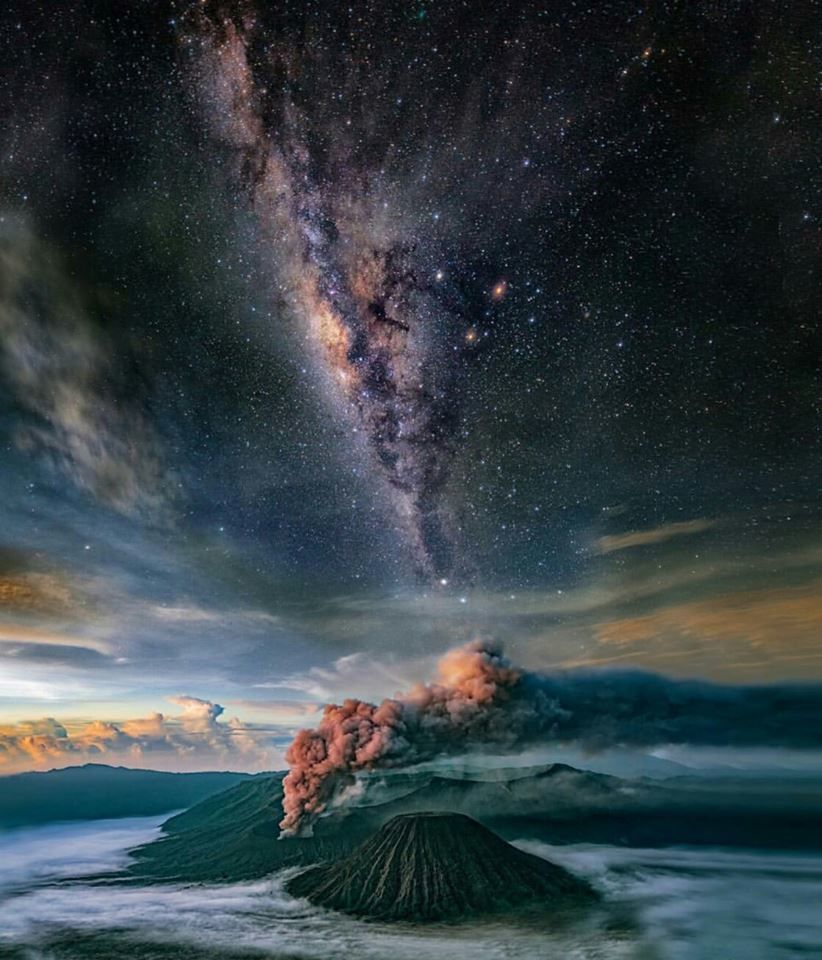 The Tengger caldera, with the cones of Batok and Bromo, with a plume tending toward the stars - photo 07.10.2016 by Kris Bednarzewski

On East Java, the Bromo erupted on February 19, accompanied by a plume of ash rising 600 meters above the summit, according to the CVGHM, difficult to identify by satellites because of clouds; ash emissions continue.

An orange color code was issued by VAAC Darwin at 2:50, while Magma Indonesia mentioned a yellow at 1:10. 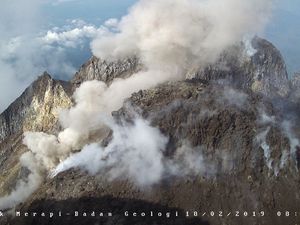 At Merapi, still on Java, the avalanches of blocks remain numerous and lead in some cases to small pyroclastic flows, with displacement over 1,000 meters maximum towards the Gendol River.

The population must remain vigilant; for the moment, the level of activity remains at 2, without the need to evacuate. 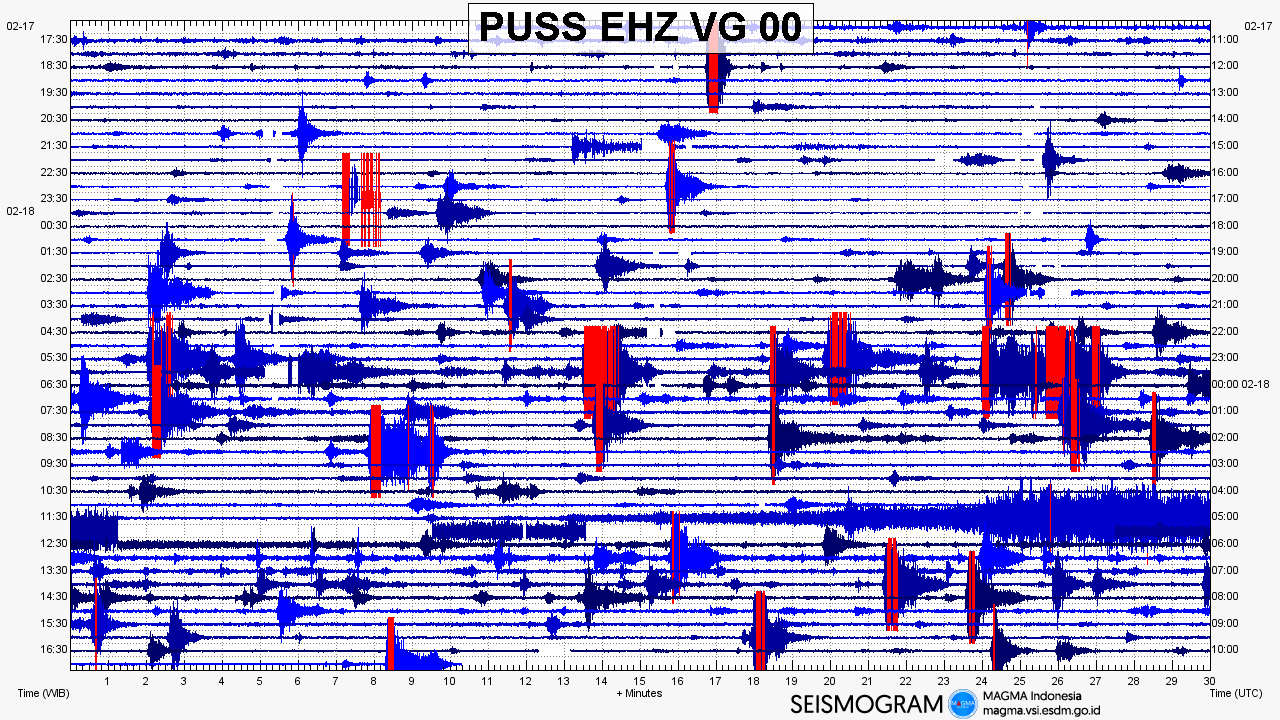 Merapi - summary of the seismicity of 18.02.2019 / BPPTKG and seismogram / Magma Indonesia