Over the last 36 hours, 11 upper superficial volcano-tectonic earthquakes (above sea level) have been recorded.

Over the last 36 hours, surface flows estimated from satellite data, via the HOTVOLC platform (OPGC - University of Auvergne), fluctuated between <1 and 13 m3 / s.

According to Mirova, the radiative power remains high, with 1927 MW this 25 February 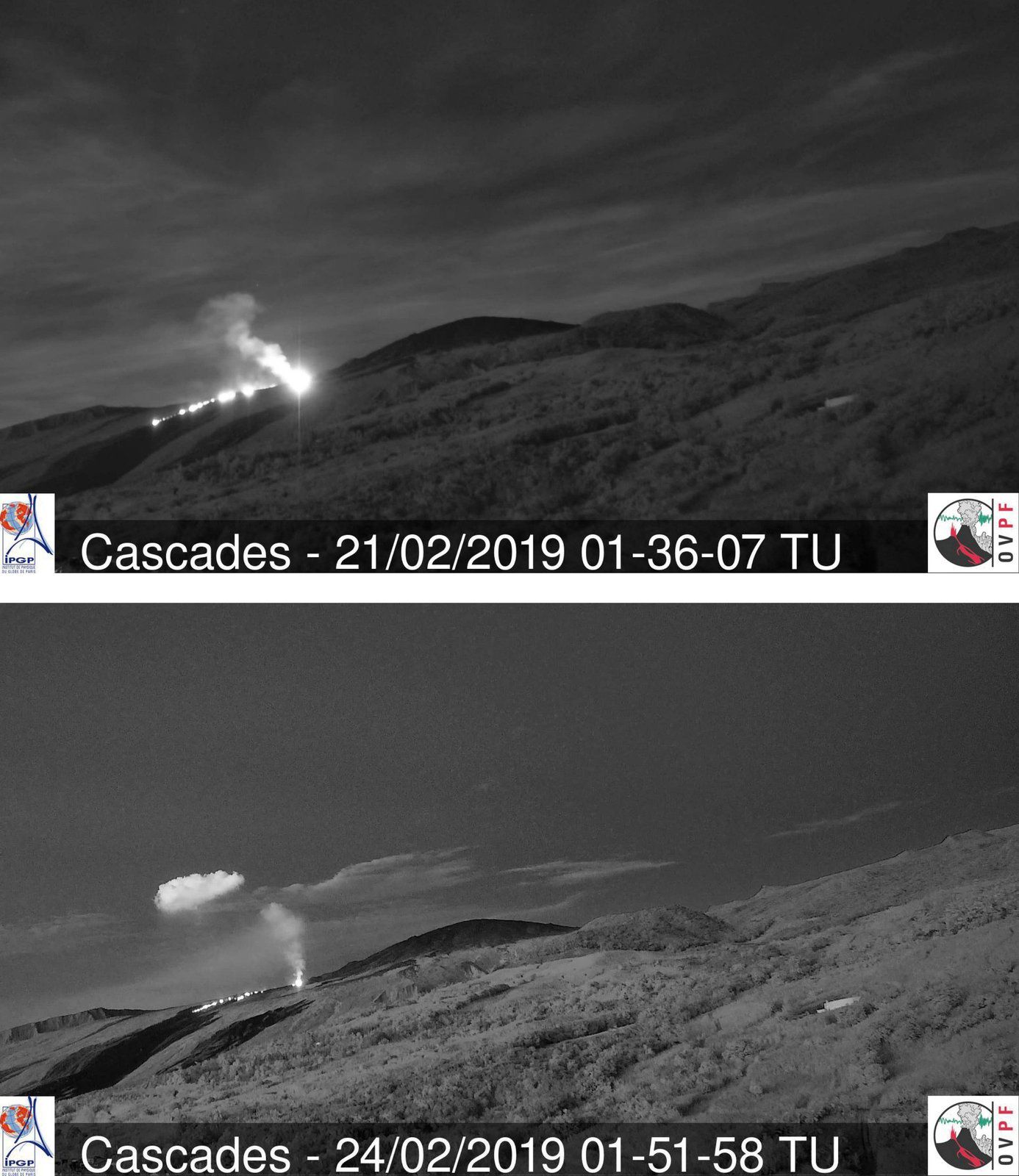 Explosions of ashes mark the activity of Karymsky, in Kamchatka, with this February 26 small plumes rising to 1,000-1,500 meters asl. moving east for 175 km. The USGS / CalVO has just summarized the volcanic hazard exposure in California, a highly populated area especially on the coasts, with two major cities San Francisco and Los Angeles.

The volcanic history of California over the past 5,000 years suggests a 16% probability of another moderate to moderate eruption in the next 30 years. The threat ranking published by the US Geological Survey (USGS) identifies eight potentially active volcanic areas, classified as moderate, high or very high threat. 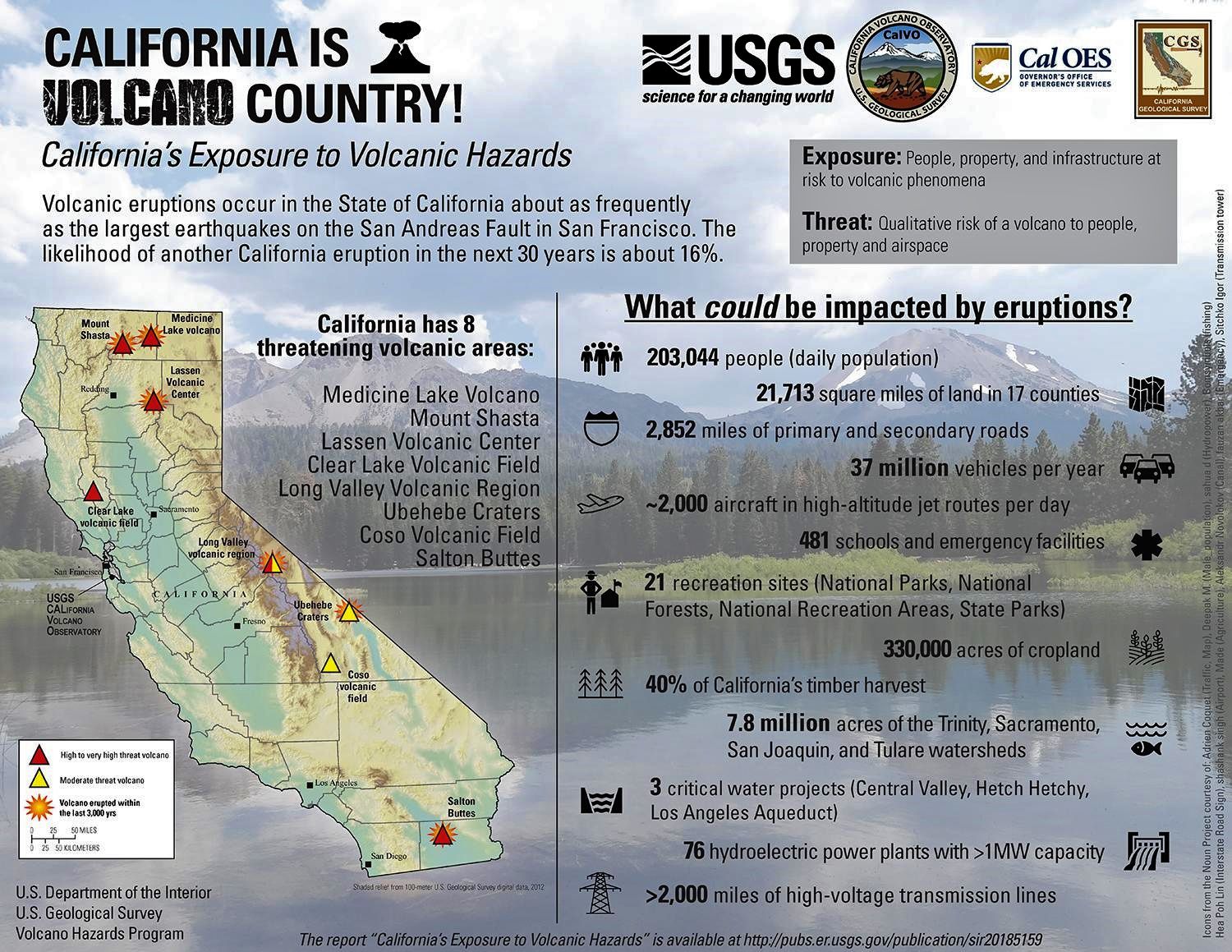 The first step in mitigating the volcanic hazard is to characterize the exposure: who is at risk? What infrastructures are in danger?

The results show that volcanic hazards may be more than a local problem, confined to a single county or region. A future eruption in northern California, for example, could have a negative impact on natural resources and important infrastructure for water supply, for transportation and energy systems, and will certainly require an effort to multi-jurisdictional intervention at the state level.

The next step in reducing volcanic risk is to assess the vulnerabilities of specific sites and sectors and to develop mitigation strategies. This will require the collective efforts of scientists, land managers, civil authorities, rescue line operators and communities.