The geology of Lord Howe has been known for a long time: the island forms a crescent about ten kilometers long and two wide, resulting from the erosion of a shield volcano dated 7 million years ago.

Mount Lidgbird and Mount Gower, respectively 777 and 875 meters high in the south of the island, consist of basalt, the remains of lava flows that once filled an important caldera. The end of volcanic activity dates back to 6.4 million years ago.

Located at 31 ° S South, the coral reef is the southernmost in the world. The Lord Howe Group of Islands includes 28 islands, islets and rocks. Among these, Balls Pyramid, a rocky island 551 m high. colonized by birds.

To the north, the Admiralty group consists of seven small uninhabited islands; to the east, Mutton bird island and Blackburn (or Rabbit) island in the lagoon. 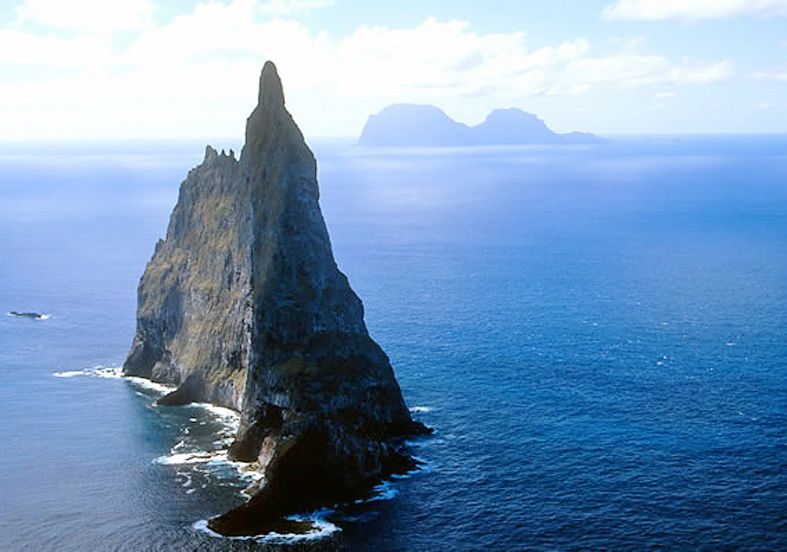 The sub-tropical humid climate is marked by a rainfall rate of 1717 mm. per year, which has allowed the establishment of forests with affinities with Australian, New Caledonian, and even New Zealand flora.

Seabirds massively use these islands as a nesting site, as on Balls pyramid. Lord Howe is part of the chain of submarine volcanoes, distant from each other and of different ages, stretching more than 1,500 kilometers to the north, to Mount Horsehead, formed 28 Ma ago.

These volcanoes originated from the displacement of the Australian plate over a stationary hotspot, and the seamounts are the marks of the activity of this hot spot on the tectonic plate.

The volcano chain is part of the Lord Howe Plateau, itself part of the underwater continent named Zealandia.

The total volume of lava erected along the Lord Howe range is 320,000 km³; the distinct chemical signature of the analyzed lavas allowed the dating of the aligned volcanoes that form this largely immersed volcanic chain. 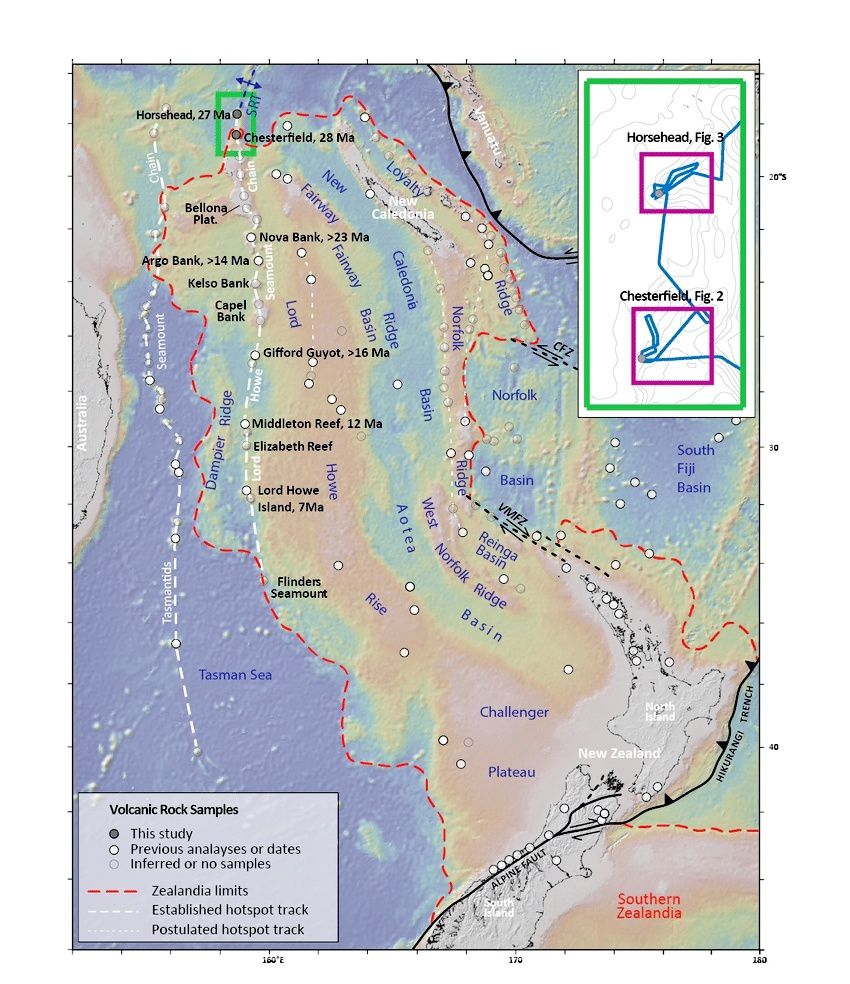 The various volcanoes of the Lord Howe range, and their dating, on the trace of the hot spot (white dotted line) within the boundaries of the Zealandia continent (red dotted line) - from Mortimer et al. (2017b) - Doc. Geophysical and geological characterization of dredgerings RV Southern Surveyor ss2012_v06 (ECOSATI): hotspot activity in northern Zealandia