Activity of Popocatépetl, Dukono and Kilauea. An explosive eruptive episode occurred on March 27 at 1:23 UTC / March 26 at 19:23 local at Popocatépetl. He produced an ash plume 3,000 meters high, drifting to the northeast, according to Cenapred.

Incandescent materials were projected more than 2km from the crater, causing fires on the slopes of the volcano.

The VAAC Washington reports volcanic ash at an altitude of 8,500 meters asl, to dissipate within 12 hours.

The activity remains in the standard of Amarillo alert fase 2. Popocatépetl - incandescent fallout on the flanks and erupting plume of 27.03.2019 - WebcamsdeMexico / Skyalert

The activity of Dukono, on Halmahera Island in the Moluccas is increasing.

It caused the closure of Leo Wattimena airport in Morotai from March 26th to 27th.

A white to gray plume is observed rising 900 meters above the summit, drifting eastward.

The activity level is 2 / waspada, with a 2 km radius prohibited area around the Malupang Warirang crater. 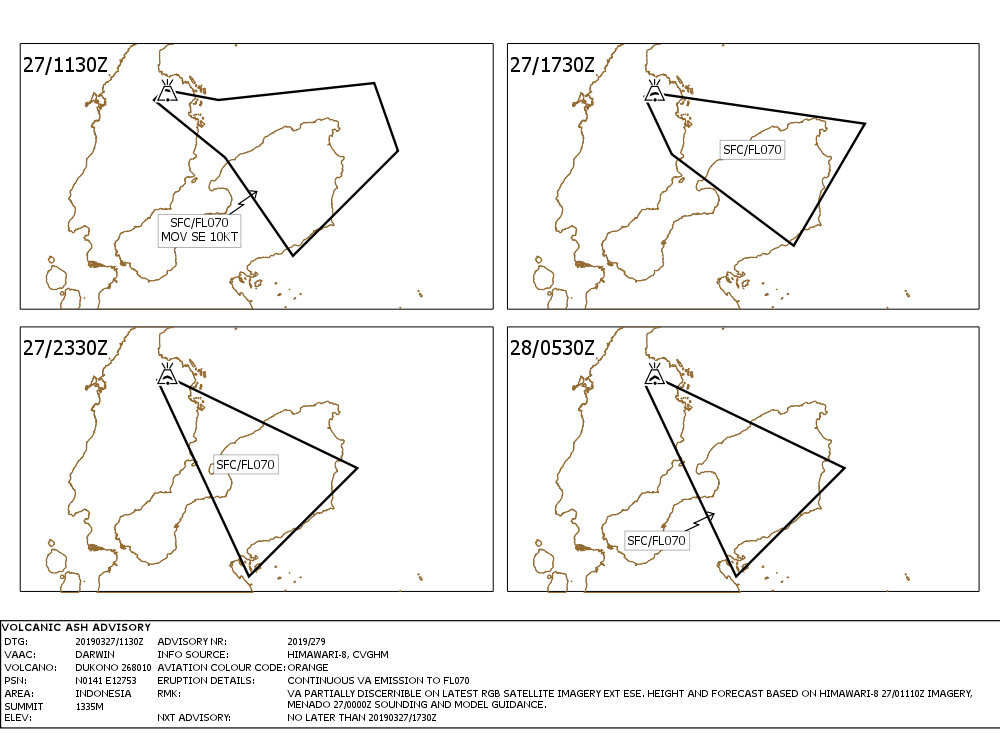 At Kilauea, the USGS reports a great calm, and has brought the volcanic alert level back to "normal"; the aviation code is in turn "green".

Air quality has been described as better for years ... Kilauea's total sulfur dioxide emission ratio was less than 100 tonnes per day, a level lower than before the 2018 eruption.

During the past week, seismicity has remained low; the deformation measurements always show a recharge of the magma reservoir of the East rift zone.

Small collapses highlight the instability of the Pu'u O'o cone.