The activity of the Bezymianny continues to increase : the dome is incandescent at night, and during the past week, it was marked by avalanches and at times, by a strong fumarolic activity. No ash plume is produced at the moment, but ash explosions can occur. In Indonesia, Magma Indonesia informs an orange VONA for Bromo, on East Java.

An eruption occurred on March at 7 am local / 2 pm UTC. The thick gray - brown ash plume rose to nearly 3,000 meters asl according to a ground observer.

Emissions of ash continued at the time of the report. On West Sumatra, Kerinci experienced a new episode of brown ash emission on March 11 at 9:19 local / 2:19 UTC; the plume rose, according to an observer on the ground, at a height of at least 4,300 meters as it disperses to the northeast.

The VONA is yellow. 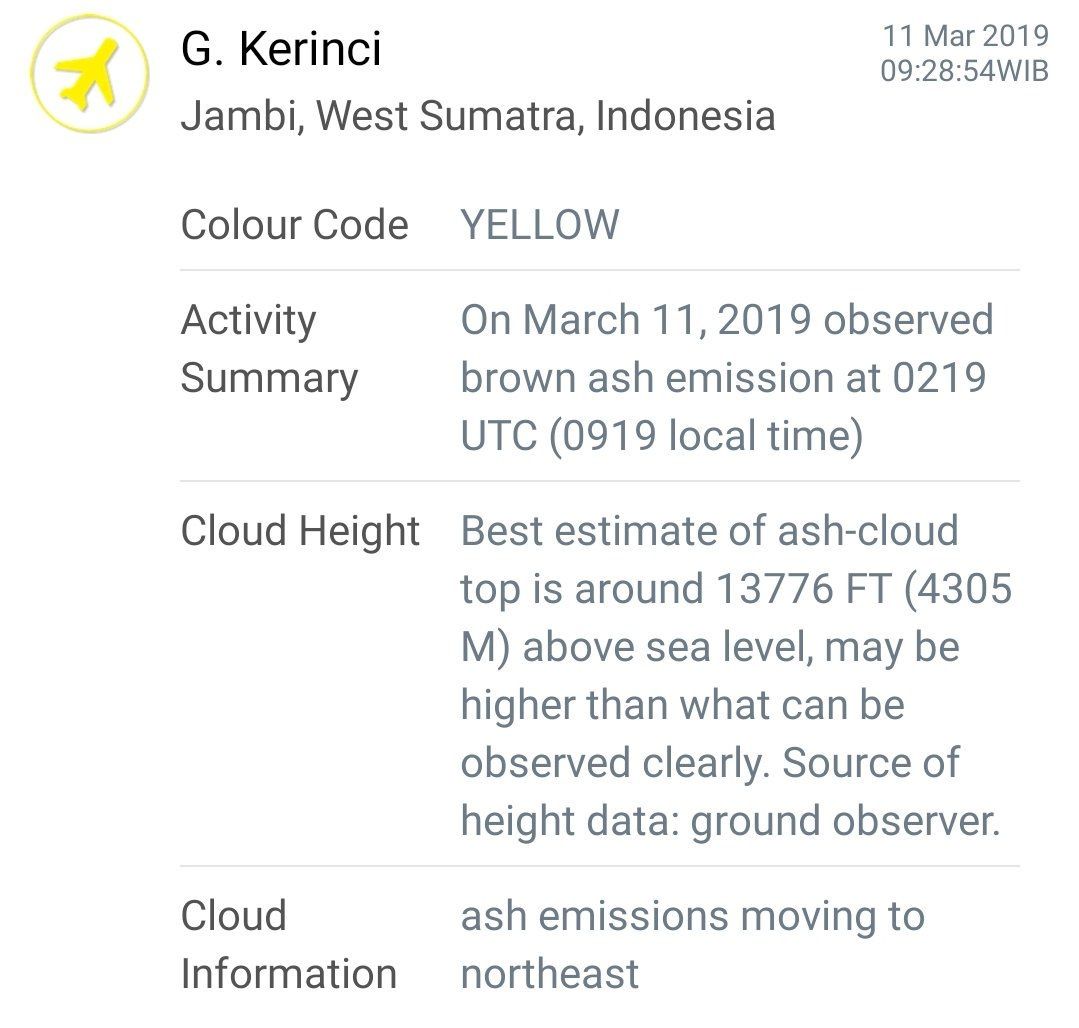 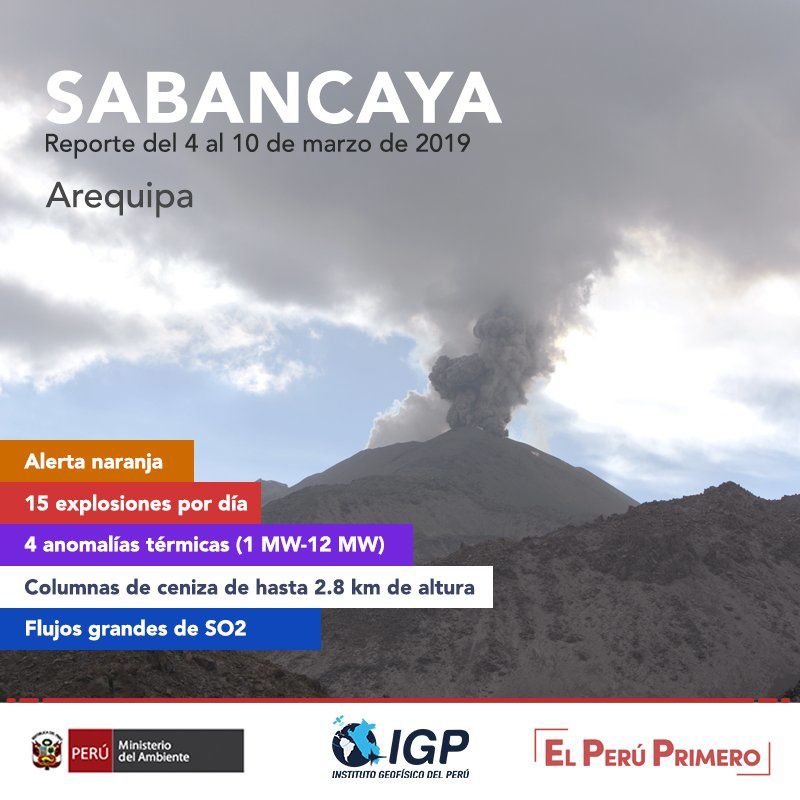