An ash plume, gray and thick, was observed 1,000 meters above the summit. Ash falls are reported on the surrounding villages;

Bali airport is functioning normally, and the activity level remains at 3, with a danger zone of 4 km. In Peru, the explosive activity of Sabancaya continues intermittently. 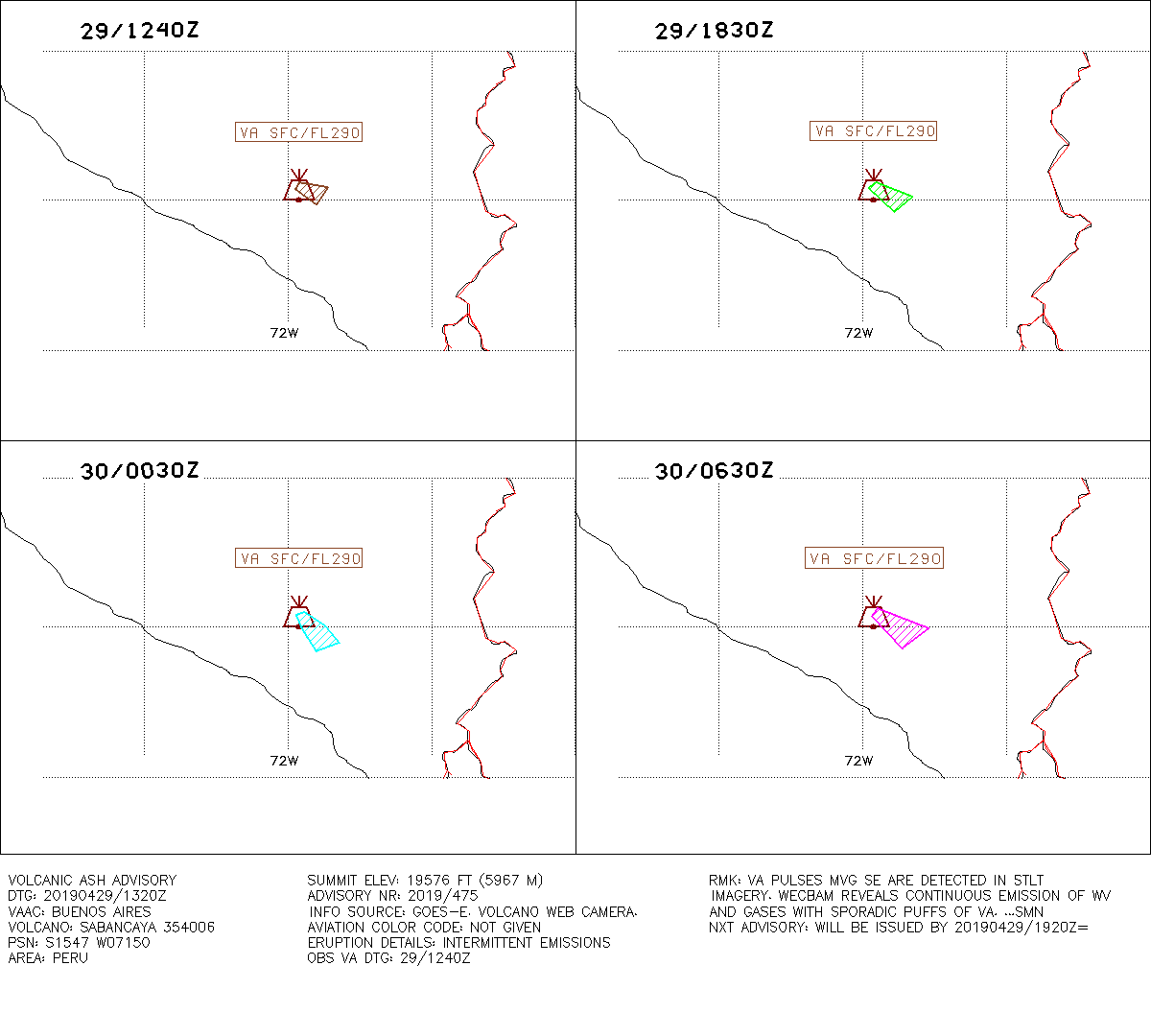 At the Chilio-Argentina border, Copahue monitoring stations recorded a volcano-tectonic earthquake of ML 3.1 on 29 April at 17.52 local time; its epicenter is located 10.3 km northeast of the crater El Agrio and associated with rock fracturing.

Three replicas of lesser amplitude followed; No superficial anomalies are visible on the webcam.

At Erta Ale, in Ethiopia, the activity is divided into two parts: a degassing at the level of the old lava lake in the caldera, and some radiative spots in the far field, of VRP between 10 and 117 MW. 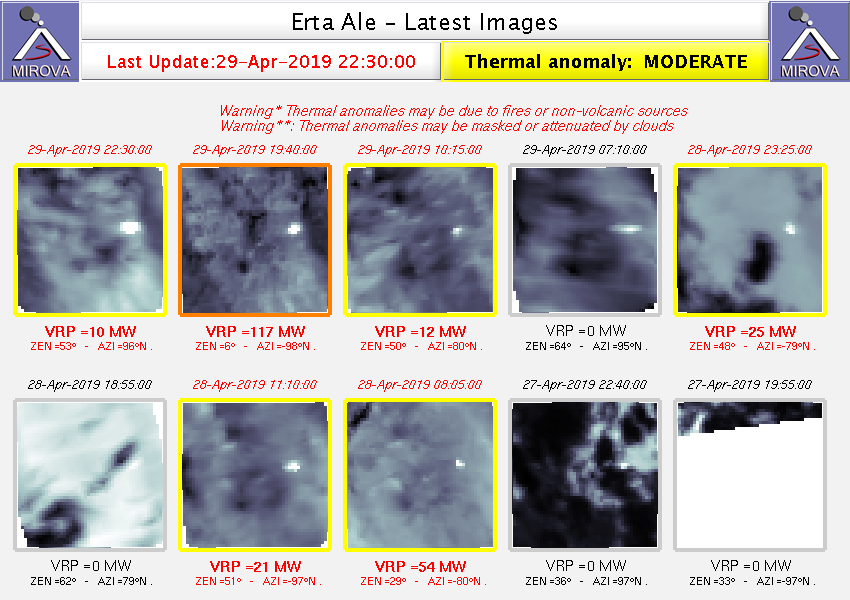