The monitoring stations of Nevados de Chillan, in Chile, recorded on Monday, April 8 at 04:03 local an explosion at the main crater, accompanied by a local earthquake LP 3.4 at a depth of 1.360 meters; it caused falls of incandescent materials on the flanks.

At 8:45 local time, an LP earthquake is recorded at a depth of 900 m., Associated with an explosion that generated a plume of gas at 2,700 meters above the crater level.

Particulate material was found in the vicinity of the active crater and on the northern sector of the volcano.

In Villarica, the frequency of Strombolian explosions and the height of ballistic ejections is increasing; some reach 50 meters above the edges of the crater.

The observation of a change of inclination of the upper part of the chimney would justify a trajectory of the spatters of lava to the east.

The geomorphology and the area of ​​the "hot" zone at the bottom of the crater has been stable for 5 months.

The seismic energy oscillates between a low level and a medium level.

Source: Werner Keller - volcanologist in charge of information at POVI On Java, the Bromo issuing since April 6 a moderate plume, white to gray, rising to a maximum height of 900 meters above the summit.

The alert level remains at 2 / waspada, with a 1 km radius prohibited area around the crater and an orange VONA. An increase in seismicity marks the Banda Api, the most northeastern volcano of the Sunda-Banda arc; the number of deep volcanic earthquakes and low frequency earthquakes is increasing.

The activity level is 2 / waspada, with a 1 km forbidden zone of activity around the upper crater.

The last eruption of Banda Api, from VEI 3, dates back to 1988; it caused three deaths and the evacuation of 700 people. 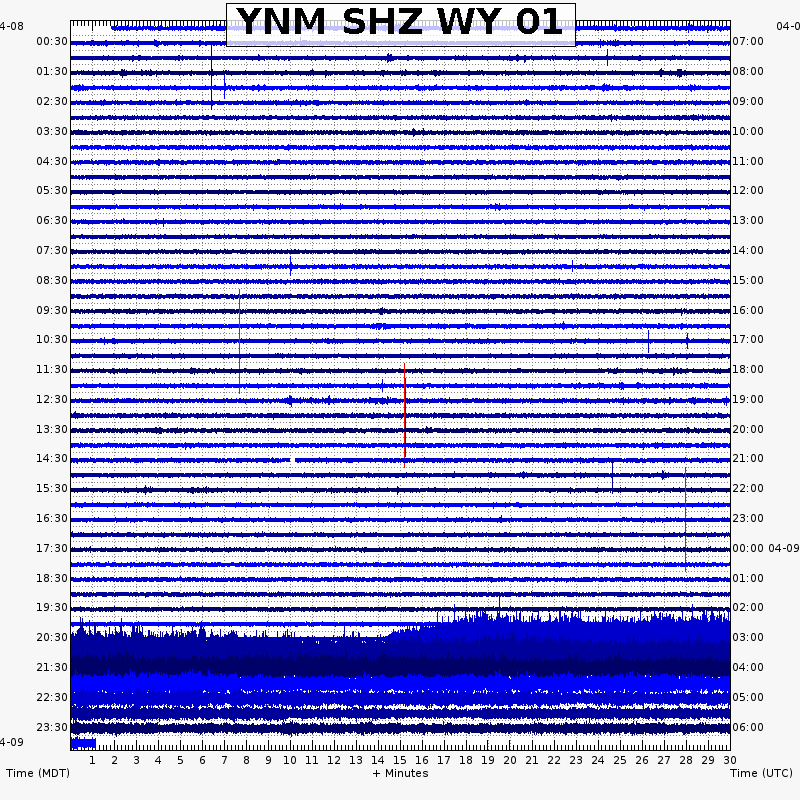 At Yellowstone, an important seismic signal marking the water eruption of the Steamboat geyser was recorded on April 8 from 8:30 pm, and saturated the seismogram until 10:00 pm. A discharge point is recorded at the Tantalus Creek gauge.

These eruptions do not have any implications for future volcanic activity at Yellowstone.