Activity of Sheveluch, Ebeko and Taal.

Sheveluch - Sentinel picture 2 nat. colors of 15.04.2019 - the south and south-west zones of the cone are covered with ashes - one click to enlarge

Sheveluch continues its explosive-extrusive activity with this April 15 a plume of ash and gas rising to 4,000 meters asl, before drifting south over 45 km. 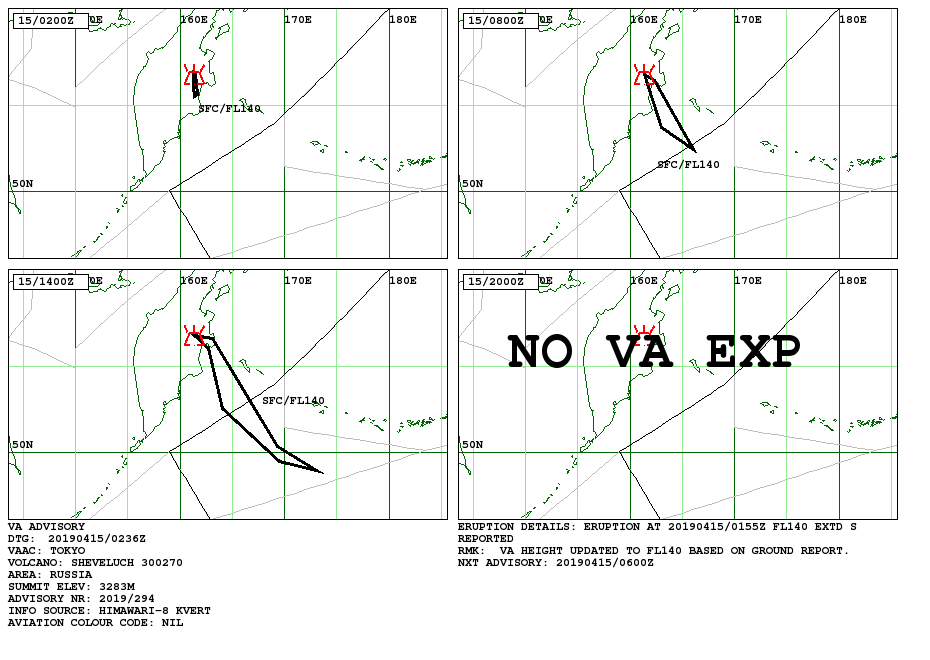 In the Kuriles, the Ebeko shows a moderate eruptive activity, characterized by explosions of rain and panache at 3,000-3,200 meters asl., drifting eastward for 5 km.

The aviation code remains orange, other explosions can emit ash plumes up to an altitude of 6,000 meters Light inflation is measured by GPS.

The Taal remains on alert level 1, with a crater forbidden due to possible sudden phreatic eruptions, and the accumulation of toxic gases. The entire island is considered a Permanent Danger Zone, and parking there is not recommended. The caldera and the volcanic island of Taal / Philippines