The explosive-extrusive eruption continues at Sheveluch, with a plume that ash that rose this April 10 to about 10; 100 meters asl. / flight altitude 330, before traveling 55 km in a southerly direction. The most energetic eruption was on April 3, which caused lahars on the northern flank.

The RSN advises against approaching the Rincon de La Vieja in case of eruption: the danger of the primary lahar remains a significant danger, and in case of rain, secondary lahars can occur by remobilization of ash accumulated in the high parts by previous eruptions.

The seismicity of the week is characterized by LP earthquakes, tornillos and a VT earthquake, in addition to the eruptive earthquakes mentioned above. 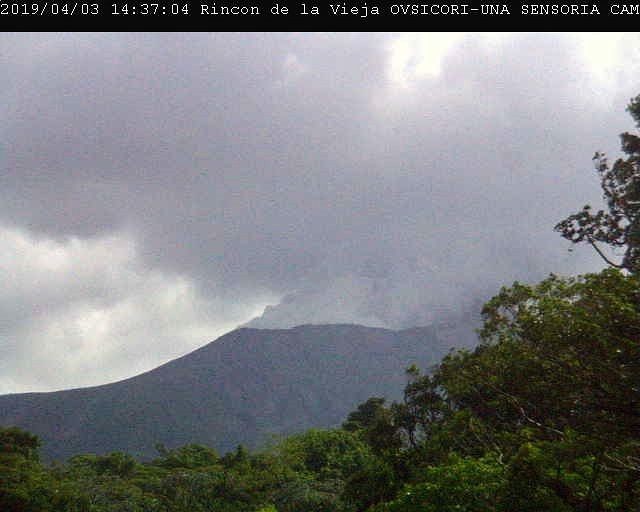 In New Zealand, the GNS reports an increase in the temperature of the Te Wai crater lake at Ruapehu, associated with moderate level volcanic tremor.

The historical context shows that only 1% of post-2009 temperatures exceeded 42 °C; the Ruapehu eruptions occurred most often when the lake temperature exceeded 45 °C, although in 2016, the temperature was recorded at 46 °C, without eruption.

The alert level of the volcano remains at 1 / minor instability. The last eruption of Ruapehu dates from September 2007. Video recalling the various degrees of volcanic alert in New Zealand, with examples.

This video schematically recalls the last eruption of Anak Krakatau and the associated tsunami, December 22, 2018

On December 22, 2018 a large portion of the volcano Anak Krakatoa fell into the sea, generating a deadly tsunami. This video presents physics-based simulations of the collapse and wave.