The explosive-extrusive eruption of Sheveluch continues: on April 23, the KVERT reports an ash plume at 4,000-4,500 meters asl, drifting northeast over 50 km.

Copernicus shows a thinning on the top of the volcano, which allows to see the infra-red signature of ongoing lava flow.

Moderate thermal anomalies are recorded by Mirova, of VRP between 13 and 69 MW. 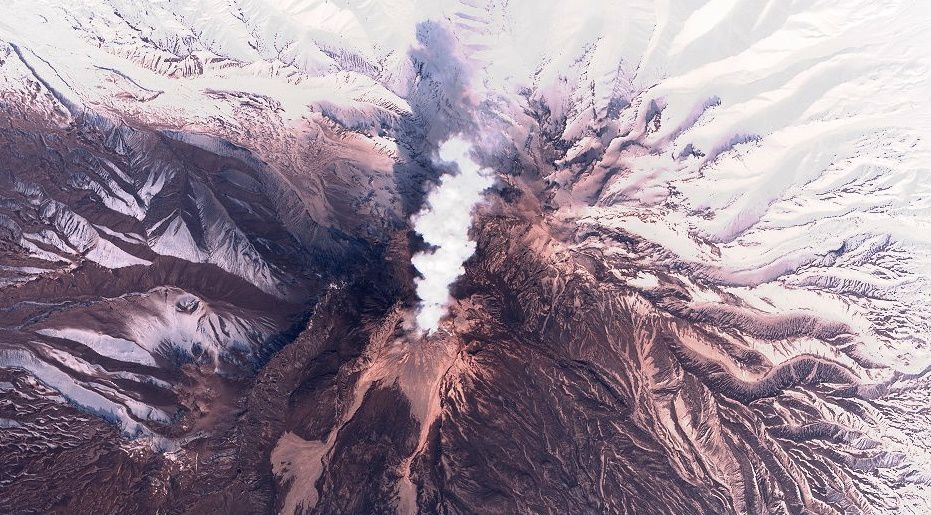 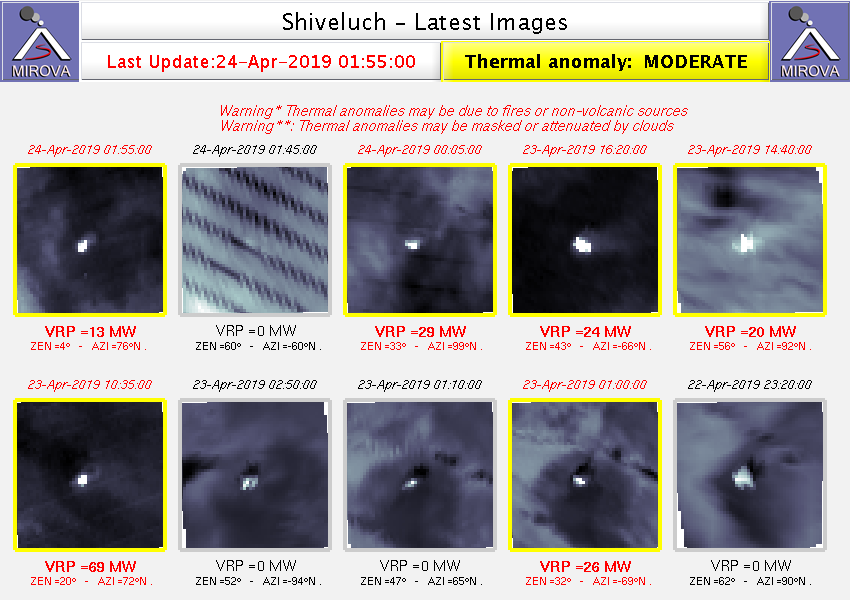 In Taal, in the Philippine archipelago, the number of volcanic earthquakes is maintained in recent days to about 10 daily episodes.

For field measurements, refer to those of 18 April.

The alert level remains within the scope of the Level 1 / Non-imminent hazardous eruption. Philippines - earthquake on the island of Samar - Doc. Phivolcs earthquakes

Note that a series of earthquakes hits the Philippines. Among the most important, an earthquake of magnitude 6.1 on 22 April on Castillejos / Zambales is responsible for 11 dead and many wounded; another of magnitude 6.4 on April 23, on the island of Samar, stands out among many aftershocks This island is constituted by a basaltic stratovolcano, Mount Curry, decentered towards the west; two cracks extend on the eastern flanks and a lava platform is located on the east coast.