News from Merapi, Popocatépetl and Fuego.

On Java, the clear weather on the Merapi allowed the observation of a light plume rising 500 meters above the summit, before drifting east and northeast.

The seismicity of April 4th is characterized by 26 earthquakes of collapse, and 3 hybrid earthquakes. 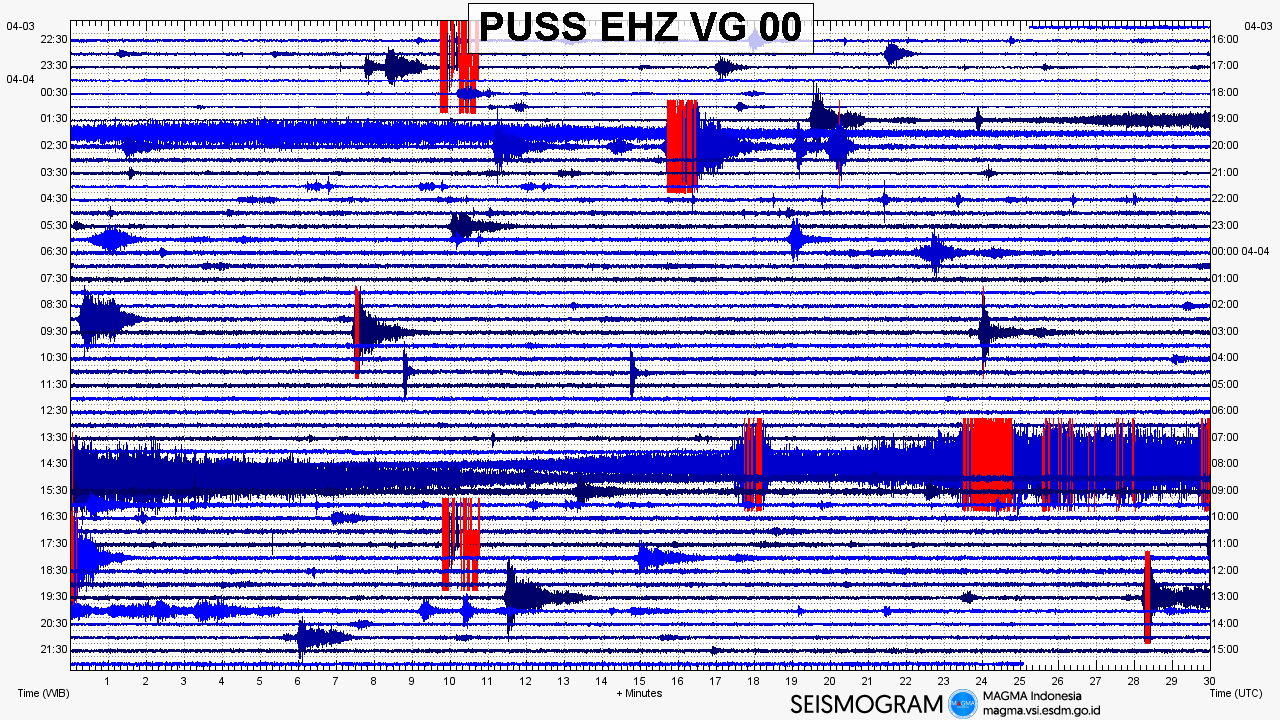 By bad weather on Central America!

In Mexico, a strong storm whitened the slopes of Popocatépetl on 4 April at 14.30.

The Cenapred reports for the last 24 hours 44 exhalations of gas and water vapor, accompanied by small amounts of ash.

The seismicity informs two VT earthquakes of magnitude 2.2 and 2.1 and the low amplitude tremor for a total of 195 minutes.

Incandescence is observed at the crater during the night of April 3rd. 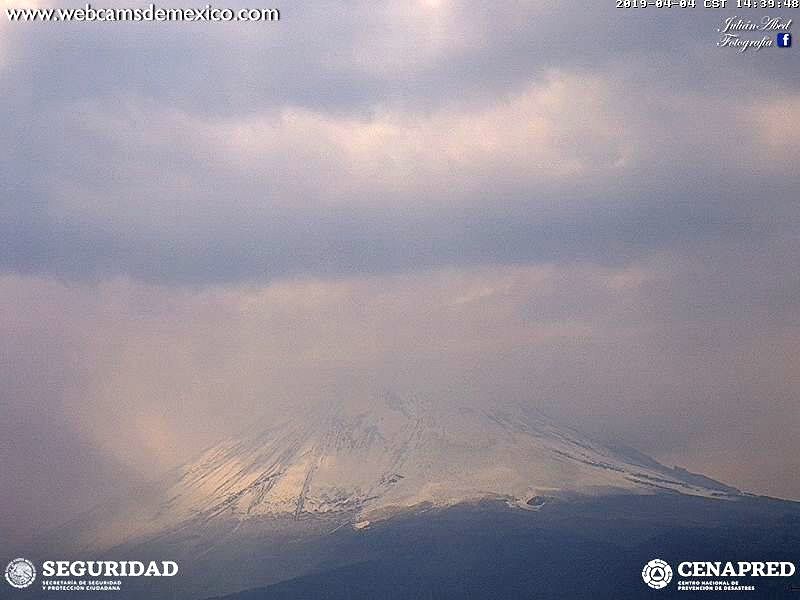 The poor weather conditions in Guatemala resulted in a moderate lahar on April 4 in the early evening on the slopes of Fuego.

The lahar, which borrows the Seca barranca, consists of blocks of pasty material of two meters in diameter, stones, branches and tree trunks, and generates steam columns, endorsed by the high temperature recorded.

It is not excluded that the rains cause lahars in other drainages during the night or the morning of April 5th. 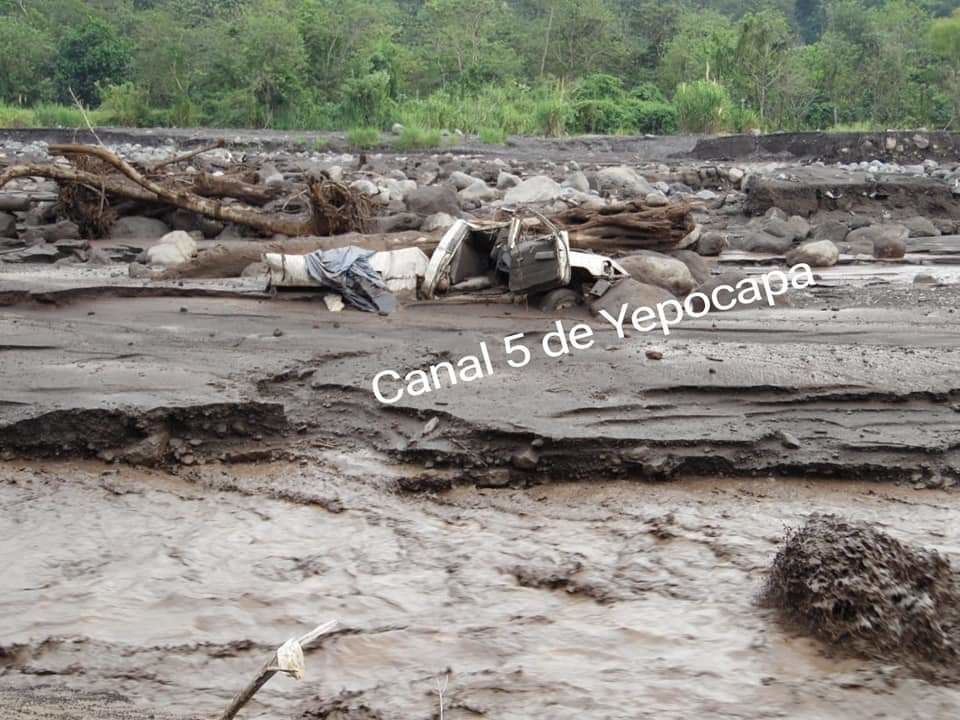