Activity of Asosan, Agung and Irazu. On the island of Kyushu in Japan, Asosan has presented a small eruption at Nakadake crater on April 3 from 15:40 local.

At one moment one can distinguish on a picture a double simultaneous plume, one of which is more loaded with ashes.

She follows the eruptive episodes of April 16 and 19; the alert level 2 / do not approach the crater, established on April 14, 2019, remains in force. 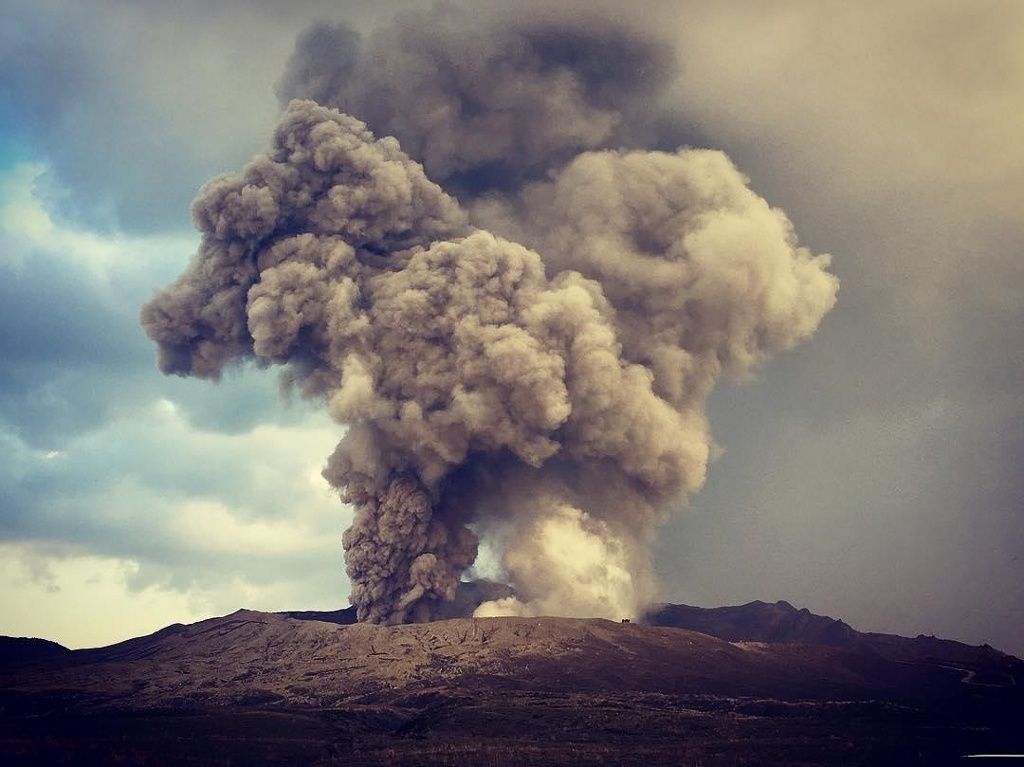 On Bali, the Agung was the site of a small eruption on May 3 at 19h local, listed on the seismogram with an amplitude of 24 mm for a little over a minute.

Ejections of incandescent materials were observed around the crater and noises reported by residents at the start of the eruption.

In Costa Rica, Ovsicori reports an internal landslide at the Irazu's main crater on May 2, 2019 at 12:55 pm; it reached the level of the acid lake, which changed color because of this input of materials, and was recorded by the nearby seismic station.

No changes in the level of seismic activity.