Eruptive activity of Etna and Poas - Seismic swarm on the Quito fault. 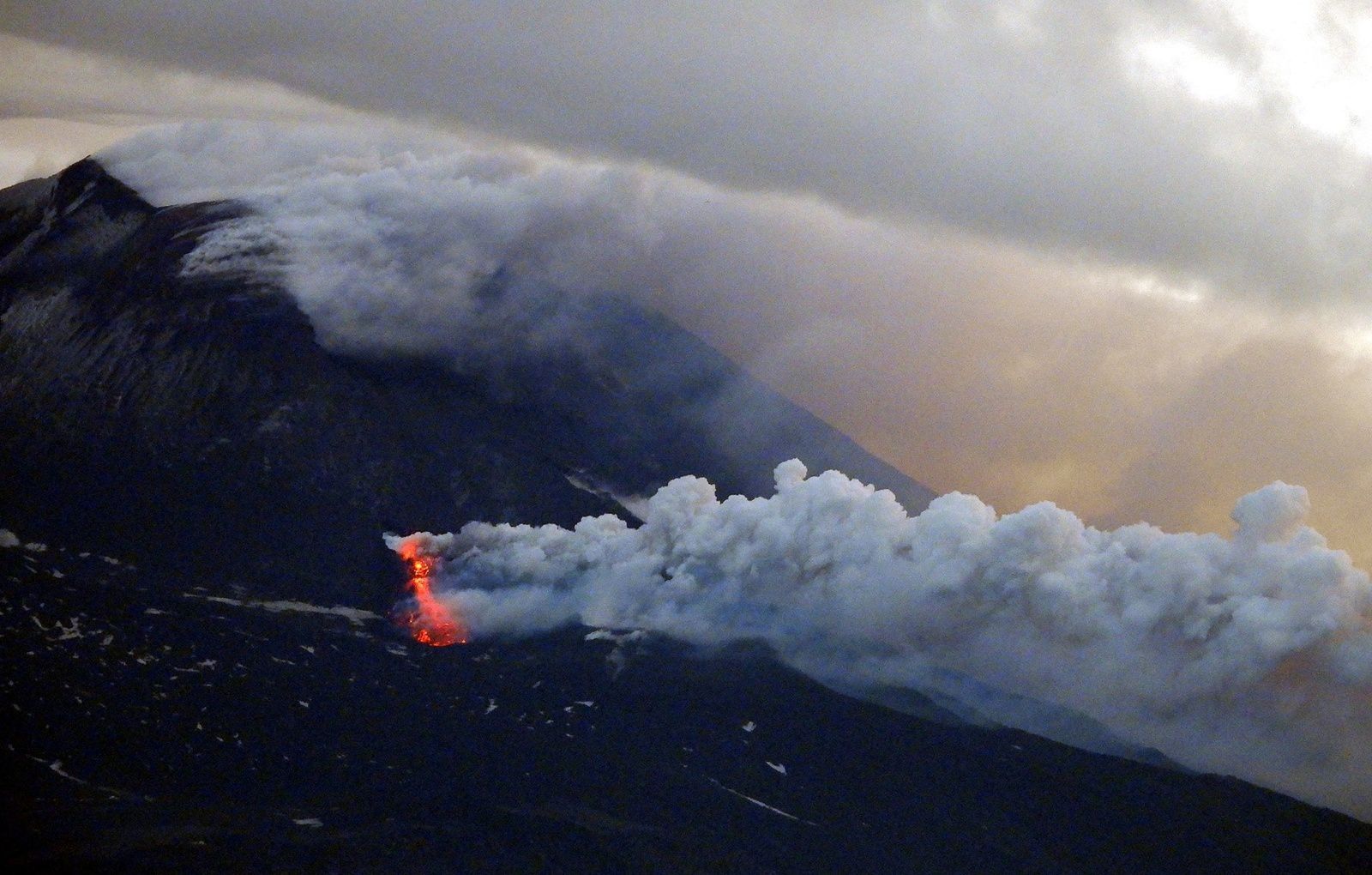 At the beginning of the day on May 30, a new subterminal eruption (almost summit) started at Etna.

Two eruptive fractures were opened: one on the northeast flank of the new southeastern crater, the other at the south-south-east base of the NSEC, where a modest Strombolian activity and the emission of small lava flows.

The average amplitude of the volcanic tremor began to increase towards the end of the evening on May 29th.

In Costa Rica, Poas experienced a small phreatic eruption on May 29 around 8:13 local time, followed by steam emission; a white plume rose 400 meters above the crater.

Poas - image Sentinel 2 bands 5,4,2 from 21.05.2019 - the active crater is located to the right of the "sterilized" zone by the gases (dominant direction of the winds) - the Laguna Botos is on the right at the bottom of the photo - a click to enlarge

The IGEPN has published a special report on the seismic swarm centered north of Quito in Ecuador on 28 May.

Earthquakes, whose local magnitude varies between 1.4 and 2.8, have a hypocentre not exceeding 7 km.

The localization and the focal mechanisms associate them with a segment of the Quito fault, which passes under the city.

These swarms have already occurred on other occasions and the activity usually decreases after a few days. However, we can not exclude the possibility of an earthquake of greater magnitude, insofar as we are on an active fault. 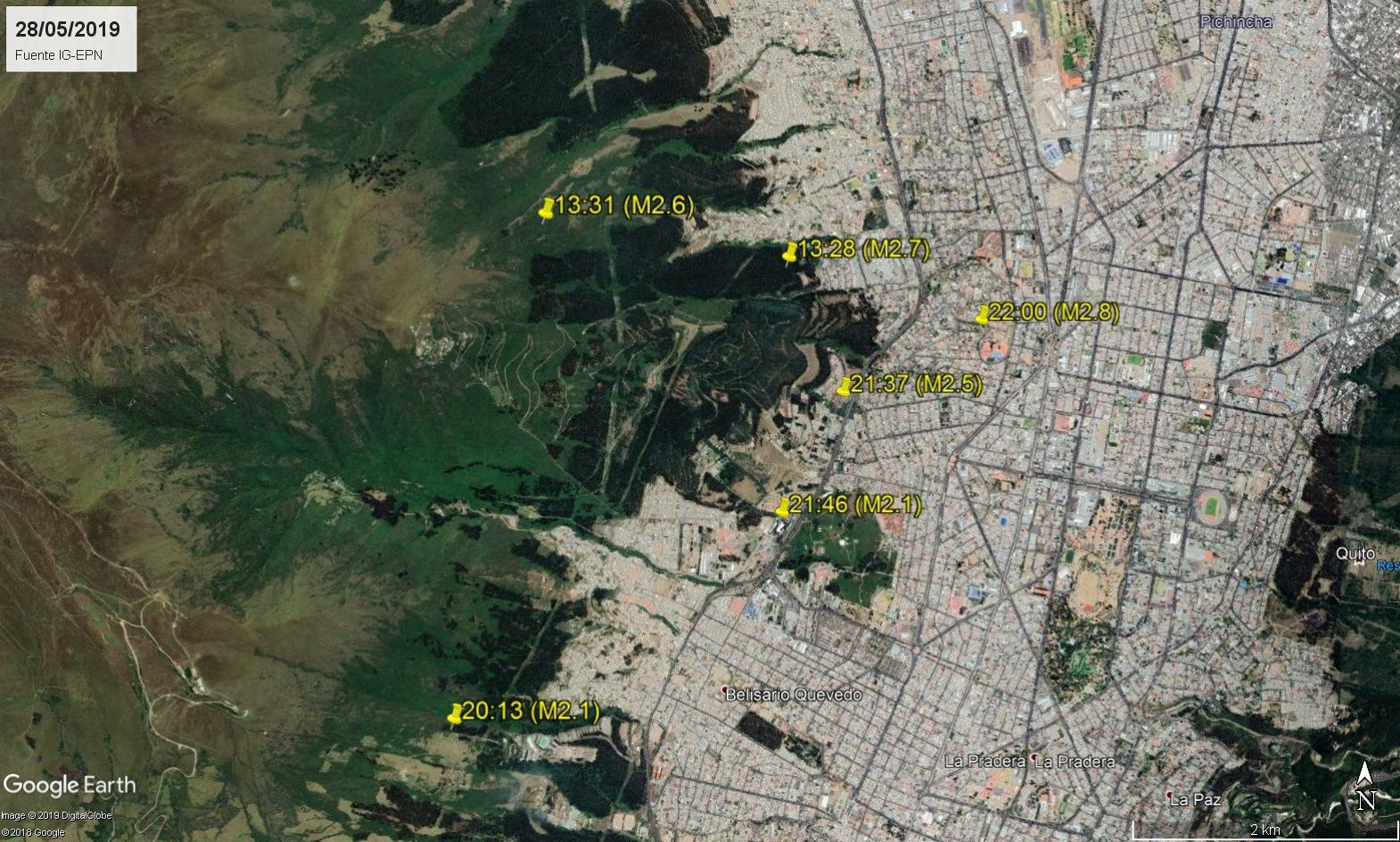 Quito - location and magnitude of the most important earthquakes recorded in the north of the city on 28.05.2019 - Doc. IGEPN

Quito earthquakes - diagram of the quito fault under the city compared with the location of the Pichincha volcano - Doc. IGEPN - one click to enlarge