Armenia 2019 - 3 - the Ghegam volcanic field ,the western shore of Lake Sevan, and the mounts Vardenis. 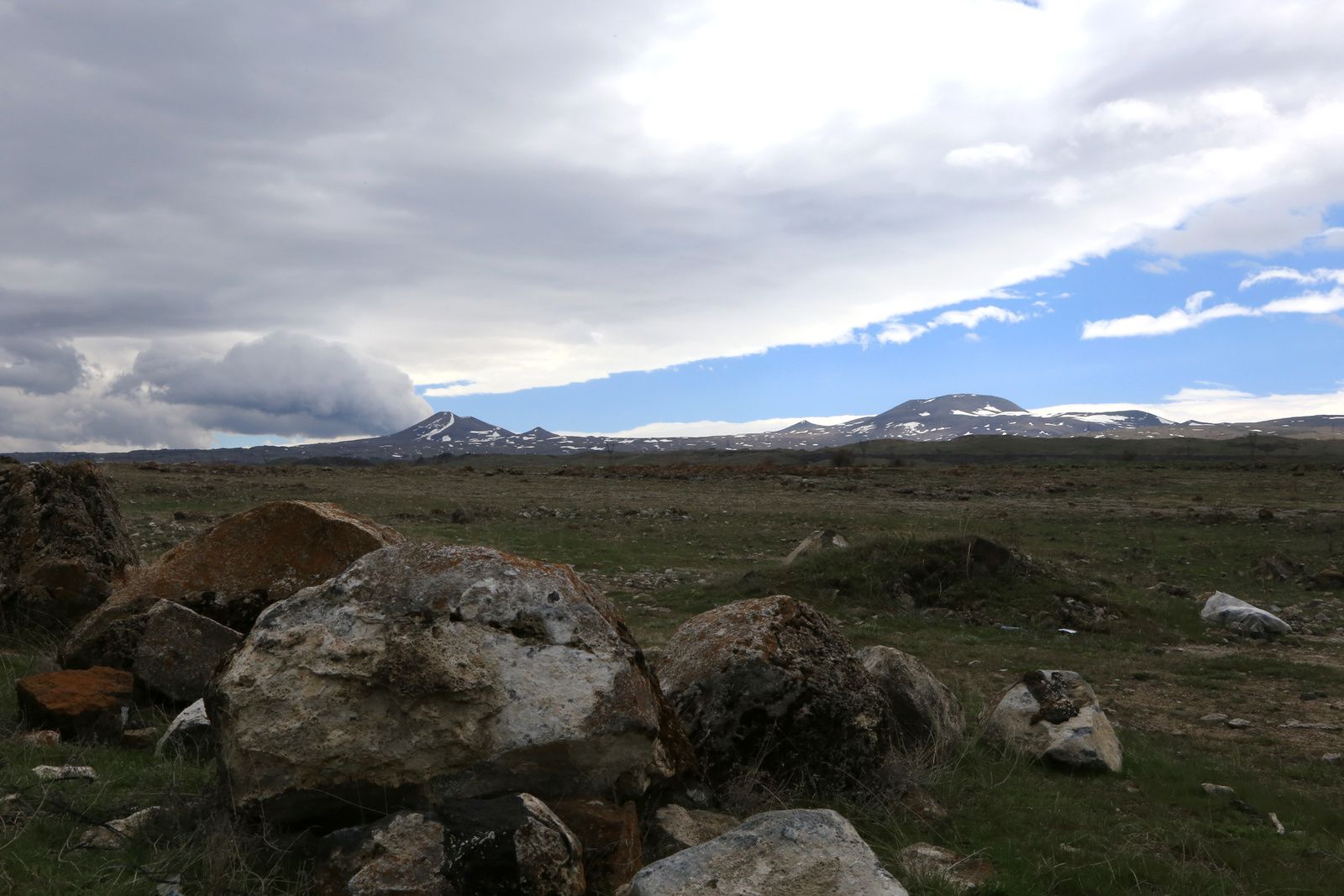 The volcanic field of Ghegam Ridge is located between the Yerevan capital and Lake Sevan. It is composed of lava domes and pyroclastic cones, as well as lava flows, covering an area of ​​65 km. of 35km.

The volcanic formations are roughly positioned in three NNO-SSE oriented axes. Lava flows from the "central and east" groups occurred to Lake Sevan.

The initial explosive eruptions were followed by the extrusion of domes and rhyolitic obsidian flows.

The last activity, dated by the GVP of 1900 BCE, produced a series of basalt-andesitic andesitic lava flows. Location of Armenian volcanoes - from Google 2010 Its origin remains hypothetical: crater lake of an extinct volcano, or resulting from a natural dam caused by powerful lava flows millions of years ago.

It is fed by 28 streams and springs, but only 10% of incoming water is drained by the Hrazdan River, while the remaining 90% evaporates.

Lake Sevan comes back from a distance: exploited during the Soviet occupation for the irrigation of the plain of Ararat and the production of electricity, it risked drying up, like the Aral Sea in Central Asia.

After the Stalinist period, the drying process was halted, and we began to realize its ecological importance and tourism potential. In 1981, a tunnel of about fifty kilometers was dug under the chain of the Vardenis mountains to the lake to feed it after the waters of the Arpa torrent. The banks were planted with trees to increase humidity. 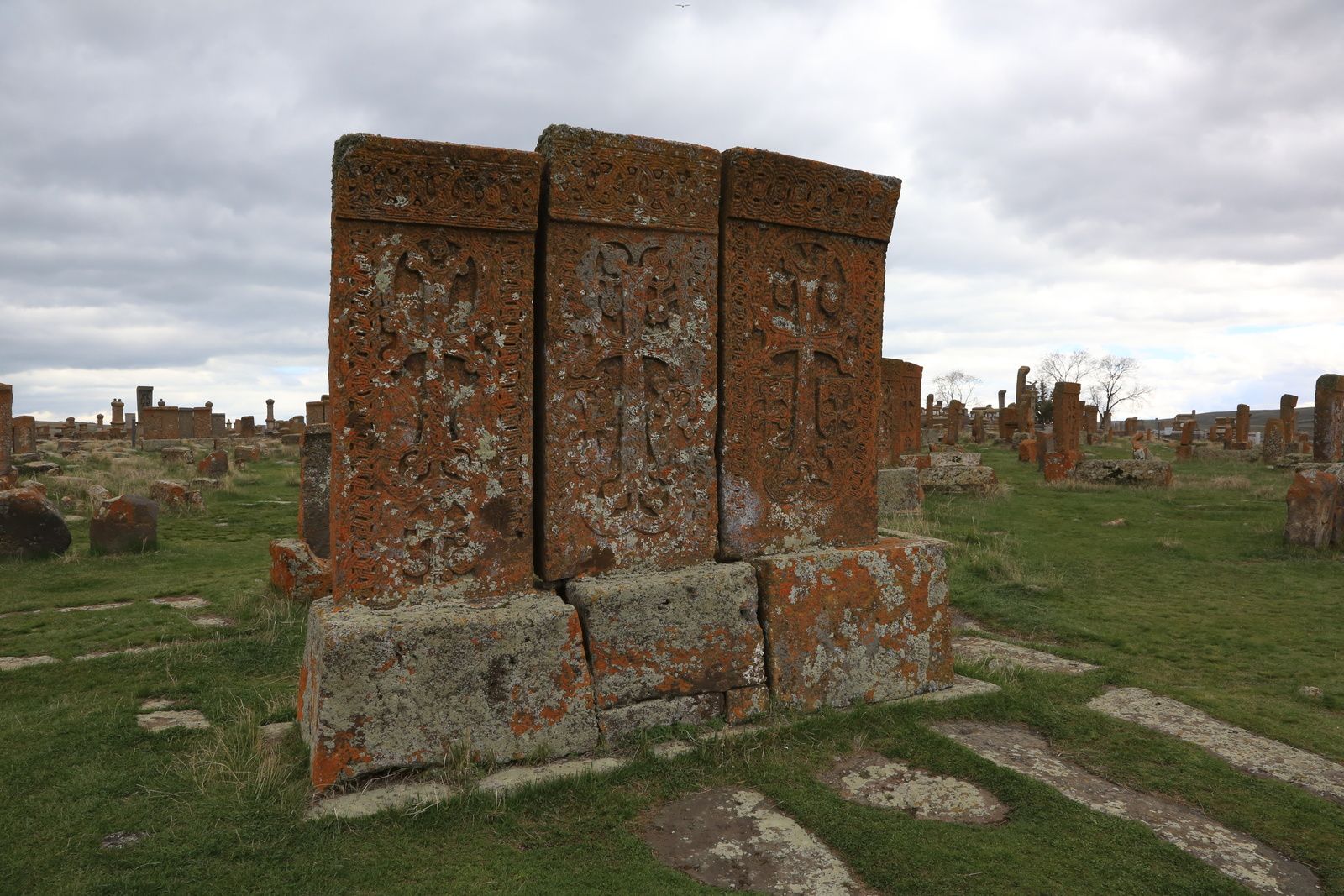 The khachkars, red stone steles, carved with cross, and dating from the 9th to the 15th century, surround the churches found along the banks of Lake Sevan. They embody the Christology of the Armenian Apostolic Church, in that they do not represent the death of Christ but his divine nature, in a "tree of life".

In Noradouz, 800 steles are scattered in a large lapidary field near a medieval chapel. A local legend tells that these steles, camouflaged as warriors, would have allowed to back down the enemy who was trying to seize the region. Located on the Armenian high plateau in the Vardenis Volcanic Range, the Porak Volcano straddles the border between Armenia and Azerbaijan, and southeast of Lake Sevan. Porak formed along the breakout fault "Pambak-Sevan"; this fault literally cut in half the volcanoes Khonarassar and Tsursar, respectively relegating their two parts to 800 and 400 meters from each other.

The Porak stratovolcano consists of a main cone culminating at 2,800 meters, surrounded by ten other cones and fissures eruptive satellites. These numerous eruptive mouths have vomited their flow on both sides of the frontier; in Armenia, two flows went to N. and NE. on 21 km.

The project of seeing these flows at the border could not be realized because of the snow cover of the tracks.