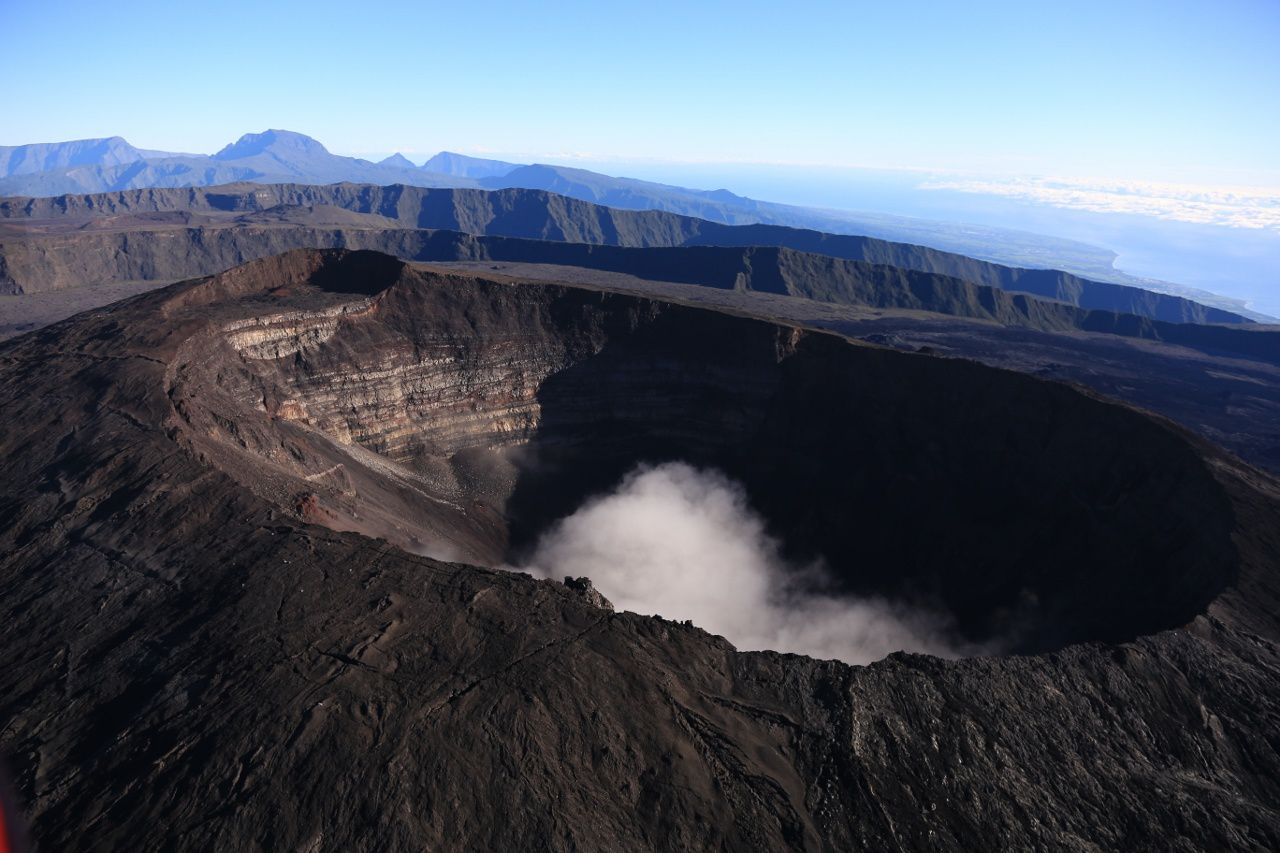 At the Piton de La Fournaise, the recovery in inflation, as well as seismicity and CO2 concentrations in the soil, show that deep magma recharge and pressurization of the superficial magmatic reservoir resumed at the beginning of May and continued throughout throughout the month of May.

An elongation of about 1-1.5 cm max. of the summit area has been recorded. This phase of inflation is linked to a pressurization of the superficial magmatic reservoir located 1.5-2km deep below the summit. Piton de La Fournaise - Illustration of the deformation between April 2 and June 2, 2019. Here are shown basic lines (variation of distance between two GPS receivers) crossing the building of Piton de la Fournaise, at the top (at the top ), at the base of the terminal cone (in the middle) and in the far field (at the bottom). A rise is synonymous with elongation and therefore swelling of the volcano, inversely a decrease is synonymous with contraction and therefore deflation of the volcano. Any periods colored in light pink correspond to eruptions.

In total, there were 329 superficial volcano-tectonic earthquakes (0-2 km deep) beneath the summit craters; 3 deep earthquakes (> 2 km deep); and 229 collapses (in the Crater Dolomieu and the ramparts of Enclos Fouqué).

Since these 2 crisis, the seismicity remains weak, with only 4 VT earthquakes on June 1 ... Aline Peltier, director of the Observatory, recalled that in February, a drop in seismicity preceded for two days the eruption.

At Dukono, on Halmahera, the explosive activity continues, with these 1 ° and 2 June, a white to gray plume at about 200 meters above the summit and during an explosion, a plume of ash reaching 2,400 meters of altitude and moving west. The tremor has a dominant amplitude at 2 mm.

The activity level remains at 2, with a 2-kilometer zone around the Malupang Warirang crater, and an orange VONA. Mirova has detected thermal anomalies on Heard Island, on the Antarctic Kerguelen Plateau since May 20, 2019.

This June 1st, at Mawson Peak, the anomaly remains low, with 2 MW.