The ash cloud extends over the Indonesian territory.

The aviation code is red.

Thermal anomalies, moderate to high, have been reported by Mirova since June 20th. 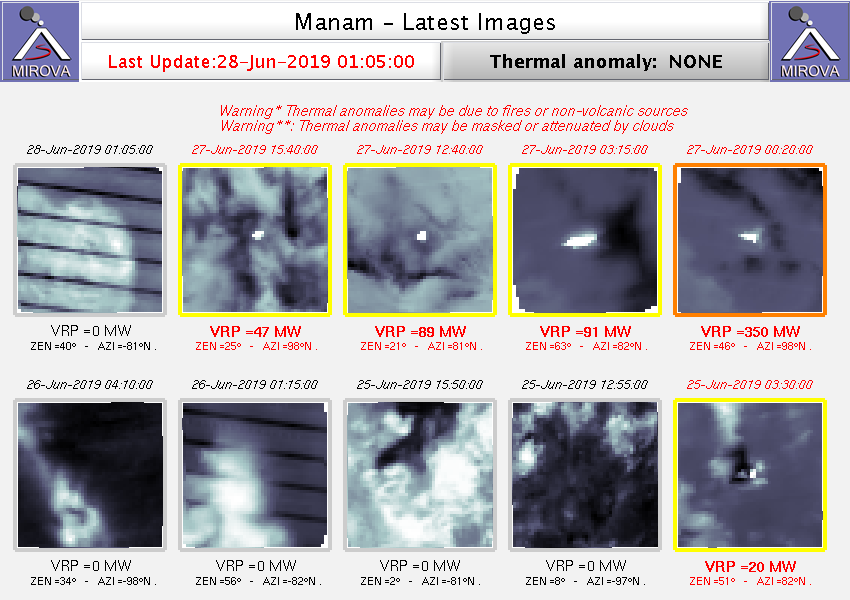 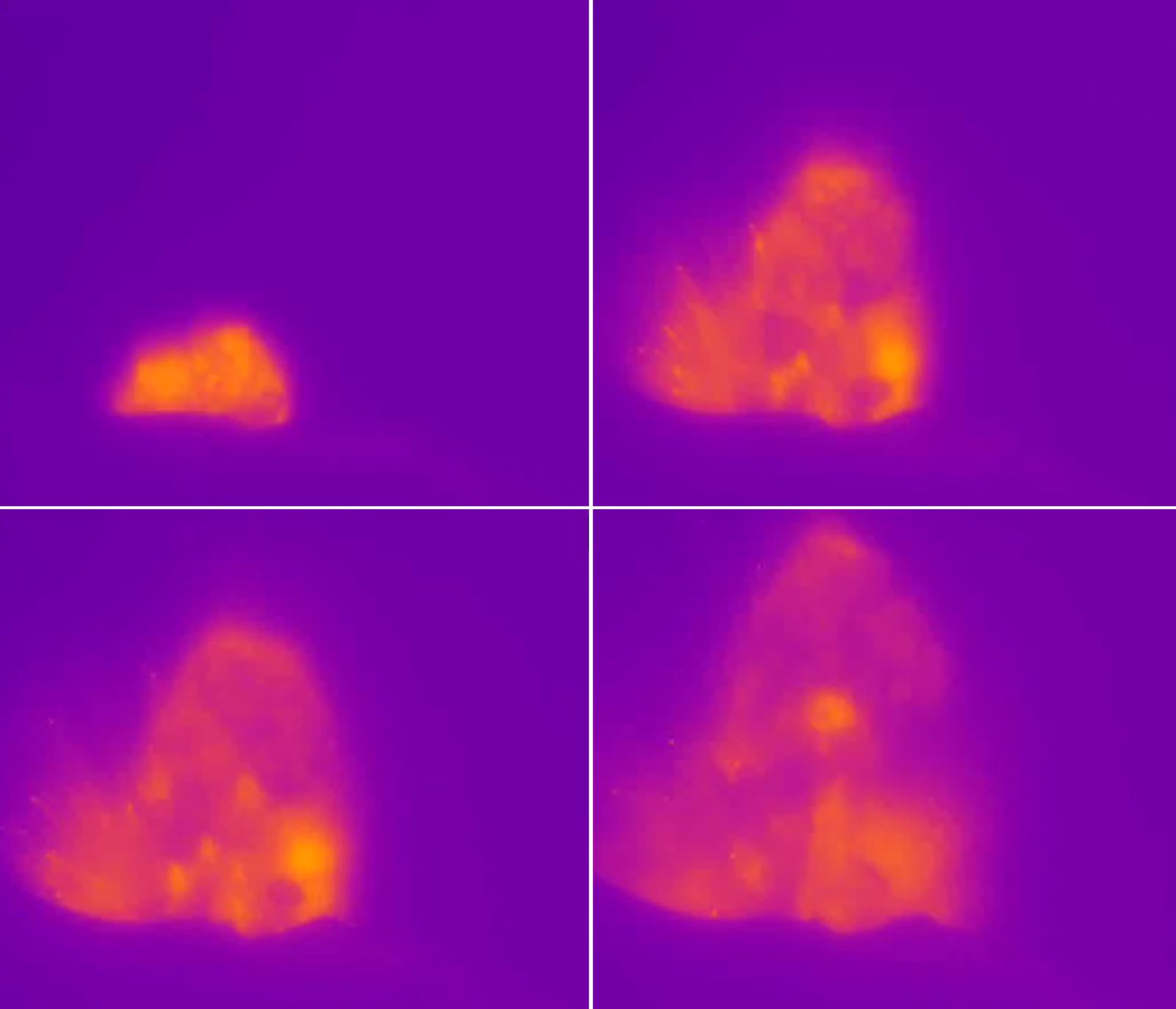 The infrasonic network indicates that the explosion generated pressures of approximately 170 Pa at a distance of 450 m and located the explosive event in the area related to Crater C.

This event was accompanied by a strong signal of soil deformation (0.6 μrad for the OHO inclinometer and 2 μrad for the EPA inclinometer) preceded by a swelling of the soil of a little more than one minute

The explosive event is clearly visible from the images of the ROC thermal camera and the visible LBZ camera. According to the images, there is an important emission of material on the terrace of the crater, also confirmed by the map of the fallout of tephra, which reached the Forgia Vecchia where they caused a fire. The Instituto Geofisico del Perú informs that the volcano Ubinas has begun a new eruptive process.

Eighty earthquakes related to the movements of volcanic fluids (water vapor, gas and magma), and 150 earthquakes / day, associated with the rupture of rocks were recorded between June 21st and 24th, 2019.

On June 24, ash and gas emissions were observed, dispersing to the north and northeast of the crater.

No significant deformation is noticed, nor thermal anomalies; SO2 levels show no change.

The IGP recommends that the authorities move from the alert level from green to yellow. On June 21, 2019, an avalanche of flank marked the Red Glacier on the Iliamna volcano, located in Alaska in the Cook inlet. It has been detected by the seismic network and the pressure signals.

The event, which has not occurred since November 2013, was followed in the 12 hours by small, repetitive, glacial earthquakes.

The volcanic alert remains normal and the aviation code green; although steam plumes occur on its eastern flank, Iliamna has not exhibited historical volcanic activity.