News of Popocatépetl, Etna and Merapi. 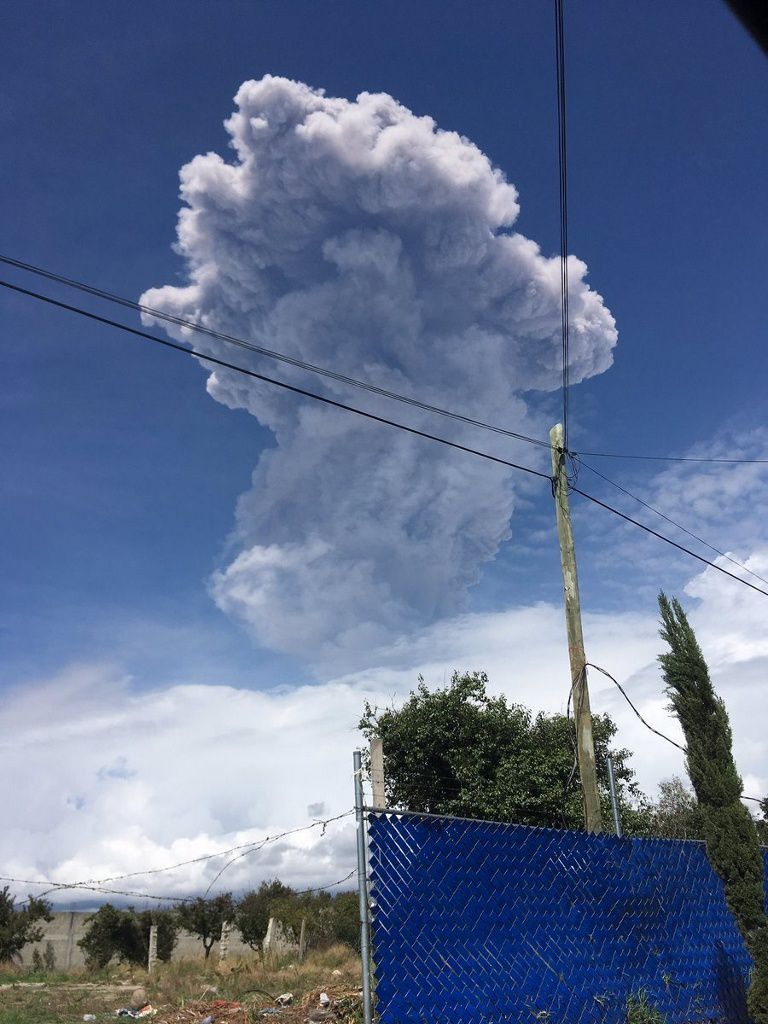 The last, stronger, was accompanied by a plume of ash quickly reaching an estimated altitude of 5,000 meters, surmounted by a pileus, then dispersed to the SSO.

The pileus is a shallow, bonnet-like cloud that develops at the top of a volcanic plume rising at high speed.

The ashes moved to the city of Puebla, where a lapilli fall is reported in the area of ​​San Nicolás de los Ranchos. 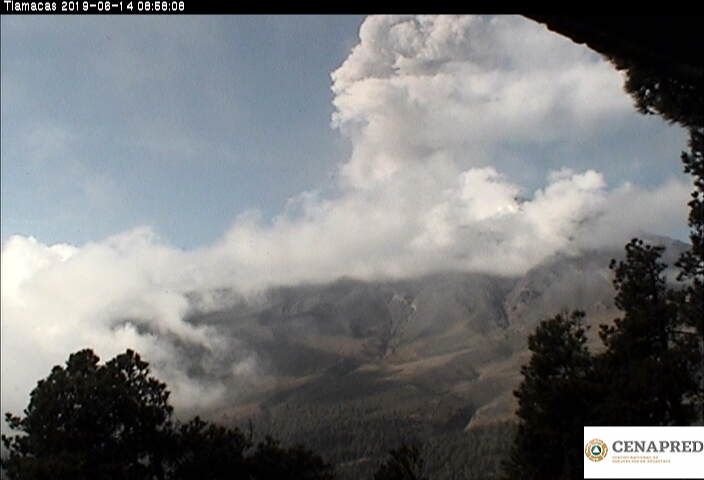 In addition, 115 exhalations were observed during the last 24 hours, accompanied by water vapor, gas and light amounts of ash.

The volcanic alert remains in Amarillo fase 2, accompanied by a prohibited area of ​​12 km. Behavior instructions in the event of ash falls have been recalled. On the 13th and 14th of June, plumes of ashes, then emissions of water vapor, gas, and a little ashes were noticed at the Etna's crater of Voragina; they come from a new vent located on the northwest wall of the crater, distinct from the collapse pits opened in August 2016 and between January and April 2019. The BPPTKG report covering the period from June 7th to June 13th, 2019 at Merapi concludes with the stability of the summit dome and a relatively calm activity.

Since the beginning of the year, the volume of the dome has remained relatively constant, around 458,000 m³ without significant morphological changes, with most magmatic extrusions flowing into the upper parts of Kali Gendol.

The seismicity of the week is characterized by an earthquake linked to a pyroclastic flow, 210 collapse / avalanche earthquakes, 18 earthquakes of emission.

No significant changes in deformation.