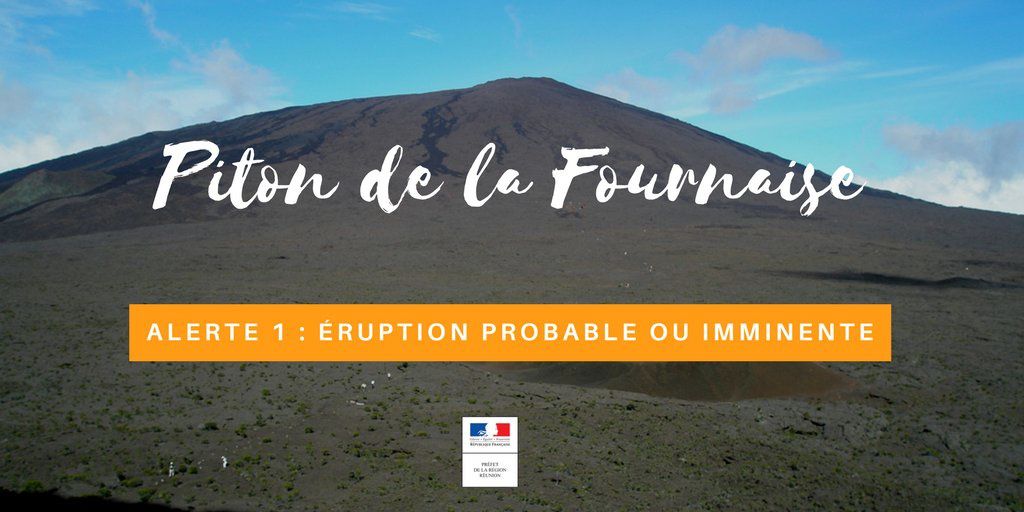 Since 5:13 am local time on 29.07.2019 , a seismic crisis is recorded on the instruments of the Volcanological Observatory of Piton de la Fournaise. This seismic crisis is accompanied by rapid deformation. This indicates that the magma is leaving the magma reservoir and is spreading to the surface.

An eruption is likely in the near future in the next minutes or hours.

Under these conditions, the prefect decided to implement the alert phase 1 "probable eruption" of the specific device ORSEC volcano as of today at 06:00.
As a result, public access to the upper part of the Piton de la Fournaise enclosure, whether from the Pas de Bellecombe trail or from any other trail is prohibited. It is recalled that the landing of aircraft in the area of ​​the volcano is regulated and subject to authorization from the Prefecture.

An eruptive episode occurred on July 28 at 5:25 pm, accompanied by a plume at 3,800 meters above the edge of the Sakurajima crater. The ashes, in large quantities, were carried to the northeast.

Precautionary statements are reminded when using a car, because the roads are covered and the visibility bad ... umbrellas and masks "are out"! In Peru, the CENVUL specifies the recording of thermal anomalies indicating " the presence of a lava body at the base of the crater " of Ubinas, and the increase of seismic energy (LP and hybrid earthquakes)

Explosions with expulsion of rock fragments and ashes are possible.

It should be noted that the teams of the IG Peru have installed these last days four additional stations, of high precision, in order to identify the deformations of the volcano, in connection with the rise of the magmatic fluids. 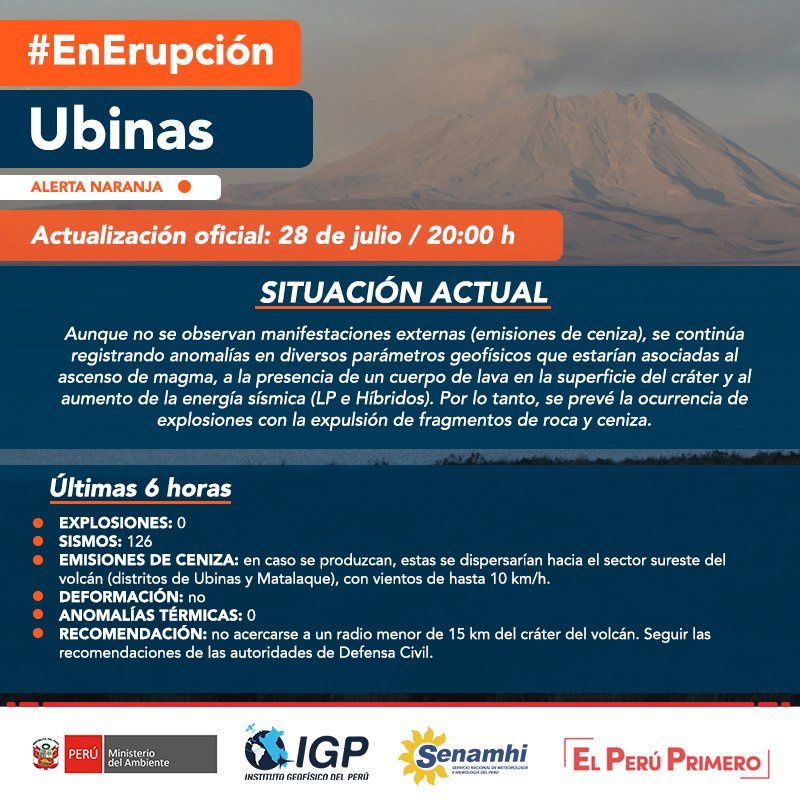 In the last 24 hours, Cenapred has identified 333 exhalations at Popocatepetl, accompanied by gas, water vapor and ashes.

The seismicity is marked by 211 minutes of harmonic tremor.

An overflight of Popocatepetl on 27 July by the UNAM CNPC and Cenapred teams, with the support of the Guardia Nacional, revealed the destruction of dome # 83 by previous explosions with ash emissions; the thermal photographs and images made it possible to determine that the internal crater retains its dimensions (70 meters in diameter and 15 meters in depth). 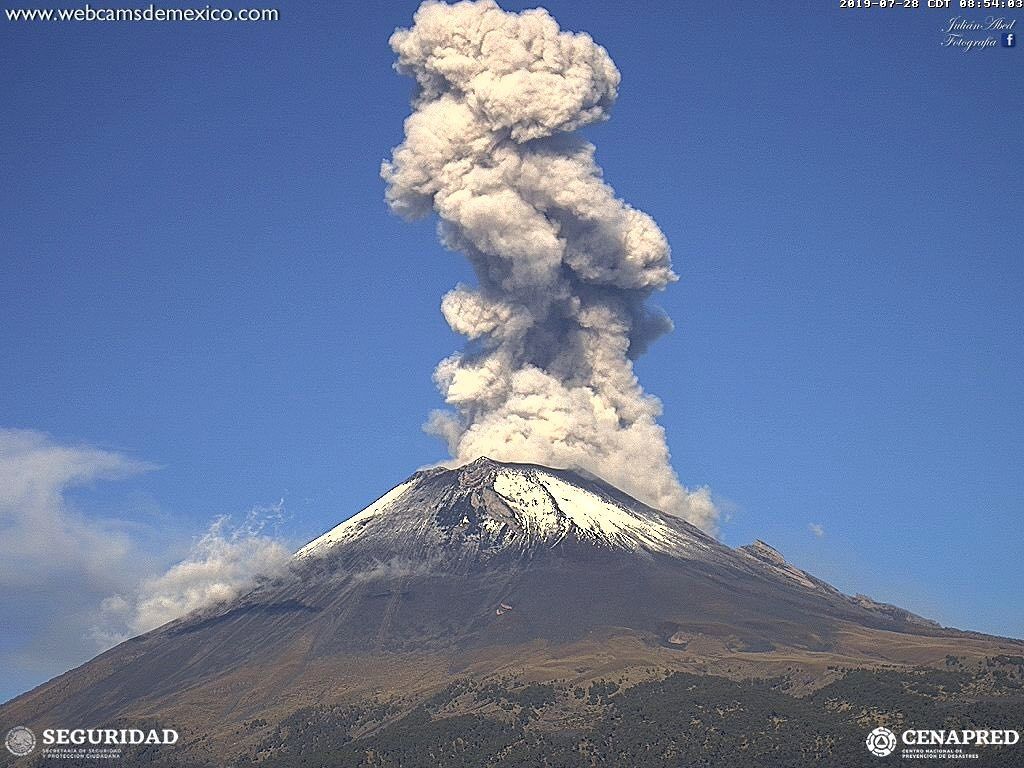 Some images of the Sentinel satellites, captioned by the INGVvulcani, make it possible to distinguish the Etna summit structures involved in the recent activity, the lava flows and the plume of the early times and the sulfur dioxide emissions towards Albania. 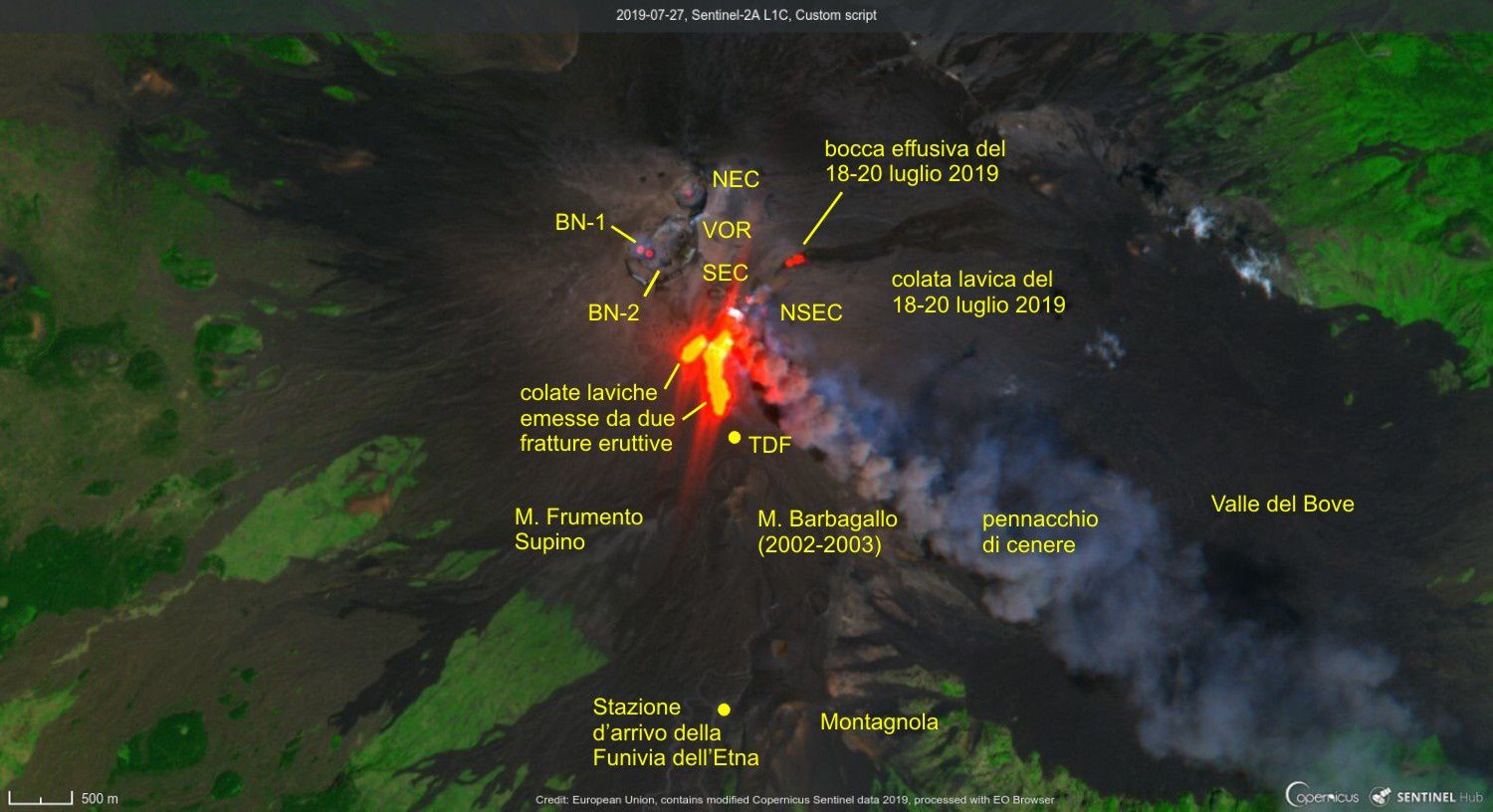 Excellent images of Klaus Dorschfeldt summarizing the activity of etna 27.07.2019

The situation calmed down in Tangkuban Parahu after the phreatic eruption of July 26 / 3:48 pm.

In addition, vibrations are continuously recorded so that the safety zone of 500 meters around the point of eruption and crater lips is maintained.

The ash removal work is going on. 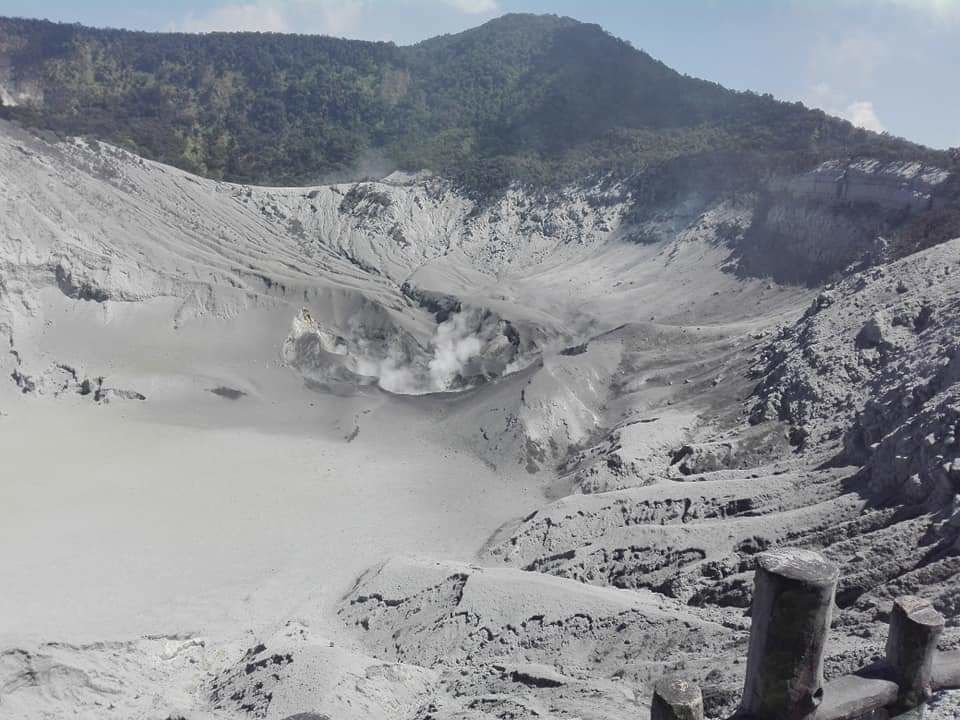 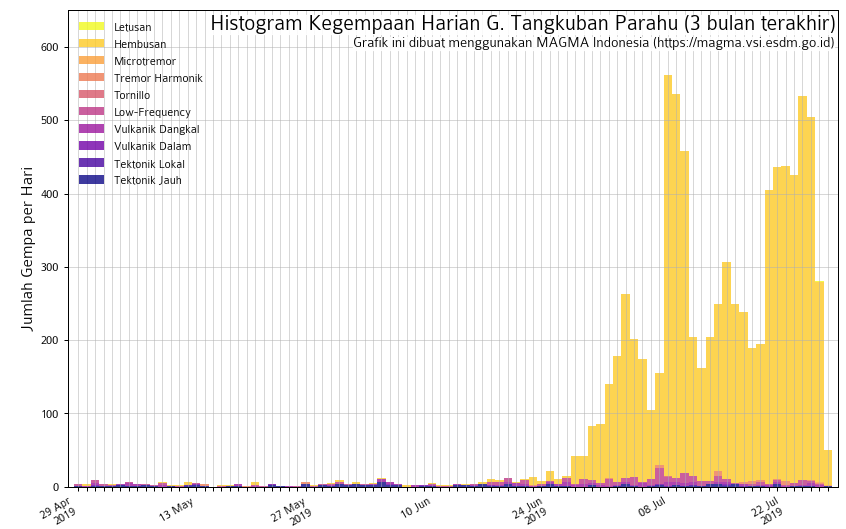