Activity of Merapi, Stromboli and setting up Cenvul. On July 13, there is a pyroclastic flow at 17:15 WIB, evolving over 1,000 meters as a lover of Kali Gendol, with an imprint of seismogrammic amplitude 58 mm, and a duration of 98 seconds. 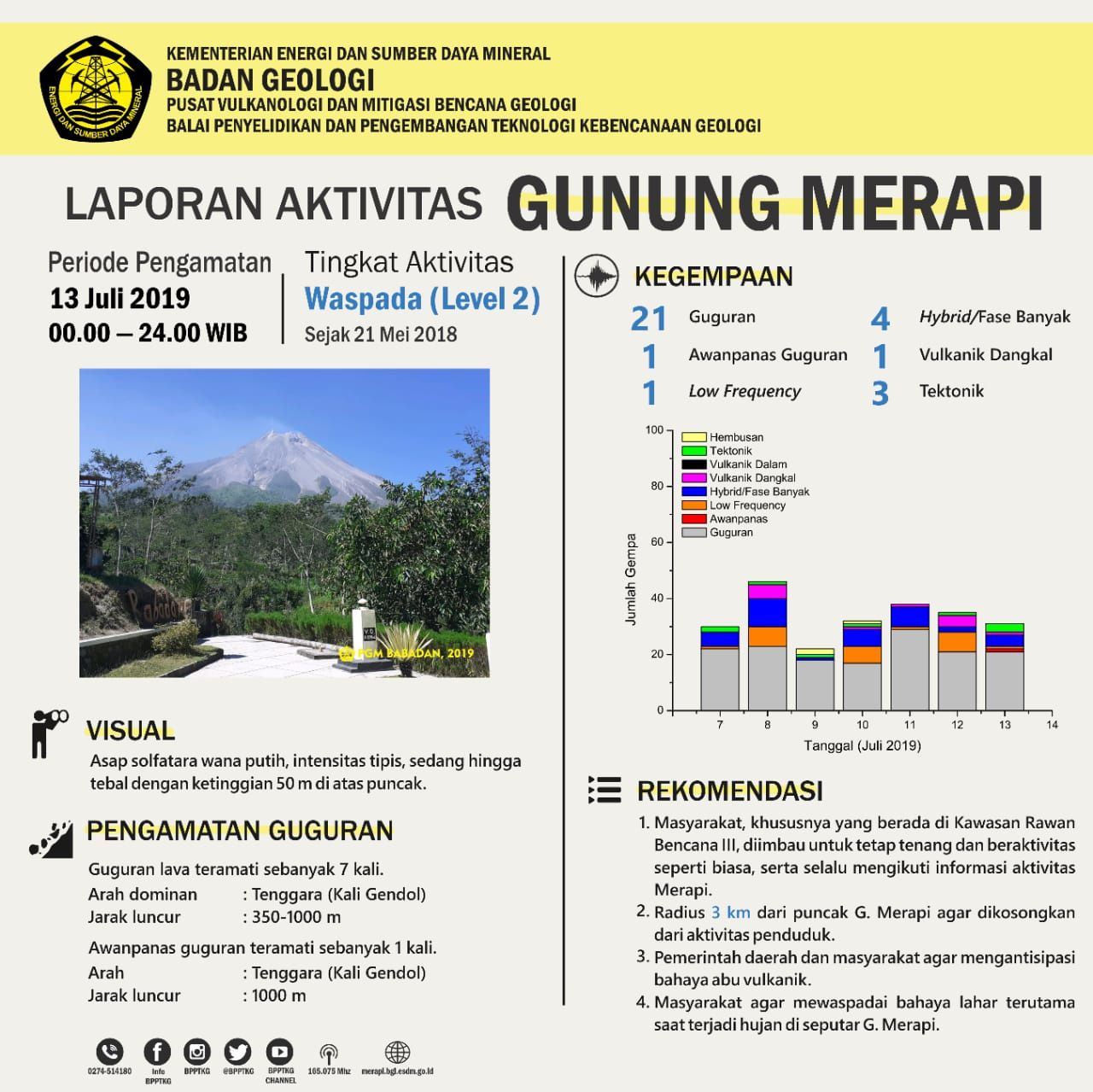 A powerful explosive and effusive activity continues in Stromboli.

On the evening of July 12, the northern crater area was more active, with a series of overflows in the central part of the Sciara del Fuoco, while the emission of a modest lava flow continued from the center-south crater zone.

Stromboli - a) overflow in the area of ​​the northern crater on the evening of 12 July 2019. Image recorded by the INGV-OE visual surveillance camera at 400 m altitude, on the north side of the Sciara del Fuoco - b) The lava overflows from the center-south, seen from Punta Corvo, on the night of July 12 to 13, 2019. - Photo by Francesco Ciancitto (INGV-OE). The National Center for Volcanology (Cenvul), a new service set up by the Geophysical Institute of Peru (IGP) for the benefit of the country, which started its activities on March 1 of this year in the region of Arequipa, will be officially presented on July 15 at a ceremonial ceremony attended by the authorities of the Ministry of Environment and representatives of institutions related to disaster risk management in the country.

The information generated by Cenvul allows reports and warnings to be produced on volcanic processes that can cause eruptions, which could affect more than 2 million people living near volcanic structures. Therefore, this information is essential for the authorities to make timely decisions to safeguard this population in the south of the country.

This was demonstrated with the publication of reports and alerts 10 days in advance before the partial eruption of the Ubinas volcano, which took place on June 24th. Thanks to the information provided on time, the authorities adopted immediate preventive measures, such as the Orange alert by the regional government of Moquegua.4

Hernando Tavera, IGP Executive Chairman, explained that Cenvul's objective is to provide official information on the evolution of volcanic activity in Peru, based on the technical-scientific analysis of the data collected in Peru. real time from 75 state-of-the-art instruments.

Reports and alerts issued, freely accessible, are handed over to the authorities so that the corresponding measures are taken to protect the population, he said.