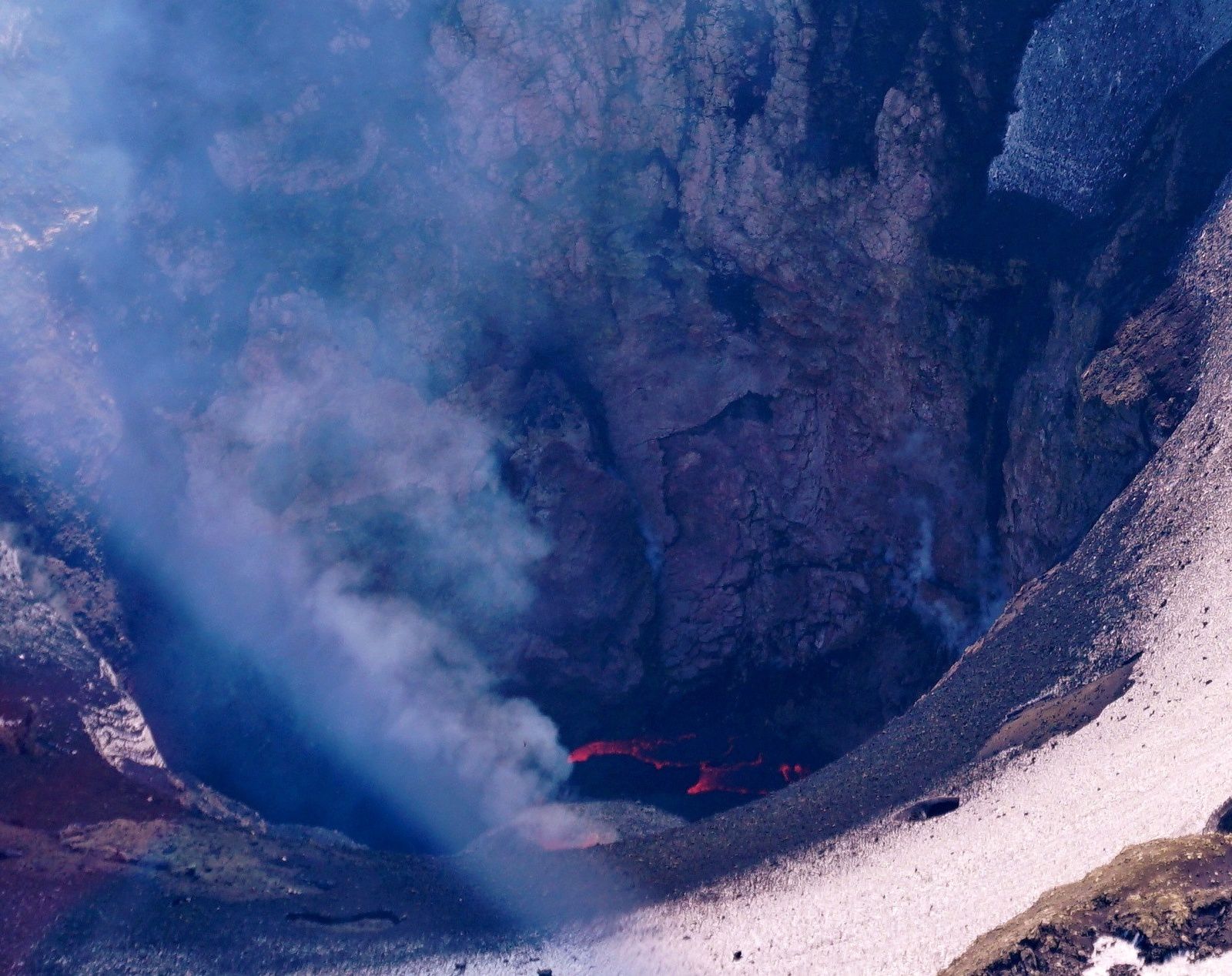 The Alaska Volcano Observatory (AVO) raised the color of the air alert to Orange and the level of volcanic alert at Watch at Shishaldin.

Scientists report the deep presence of an active lava lake and spattering within the summit crater observed during a helicopter flight. This activity corroborates the seismic activity and the high surface temperatures measured by satellite (thermal anomalies of VRP 4 and 5 MW on July 23 and 24). Activity remains limited inside the crater. During the analyzed period, an increase in seismic signals in relation to the rise of the magma (LP & hybrids) causes fear of explosive activity in terms of hours or days; it should be noted that more than 35 hours have passed since the last explosion. Thermic anomalies remain moderate to low, between 11 and 6 MW The PVMBG reports an increase in seismicity of Tangkuban Parahu / Java since July 22, 2019. More than 425 earthquakes were counted, including two harmonic tremor episodes, 3 volcanic earthquakes and 3 low frequency earthquakes.

Changes in groundwater level are suspected to be related to this seismic activity.

It is recommended not to approach the Queen's and Upas craters due to the presence of harmful volcanic gases, and the possibility of sudden phreatic eruptions.

The explosive activity continues at Sakurajima / Minami-dake crater, without much change in the parameters, and with ash evacuation to the east.

Magma storage in the lower part of Kagoshima Bay is responsible for inflation as measured by GNSS observation. In Chile, the "contructive-destructive activity" of the Nicanor crater dome of the Nevados de Chillan complex continues cyclically, marked by LP earthquakes and tremor episodes.

This morning July 25, 2019 from 5:33, the webcam show incandescence at the top and gas emissions.

The volcanic alert remains in Naranja