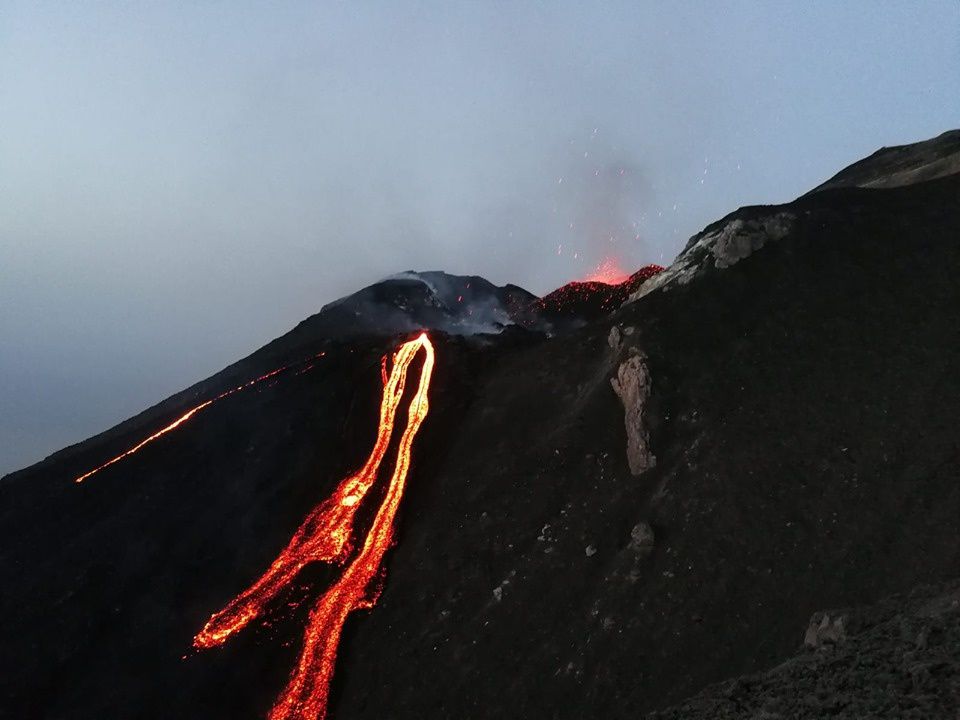 News of the last days activity in Stromboli by the LGS:

The satellite data processing (Sentinel-2), superimposed on the Google Earth images, shows an increase in the area affected by thermal anomalies following the paroxysm, which indicates a widening of the crater terrace of about 120 meters in the western direction.

This widening of the crater terrace towards the western sector is also confirmed by the visual observations made by Portella di Ginostra before and after the paroxysmal event of July 3rd. The images clearly show how the edge of the current crater (red line) has migrated westward from about 120 to 140 meters. - LGS press release of 09.07.2019 The inspection carried out today in Punta dei Corvi at 15:30 on 10 July with the help of the thermal camera has allowed to observe several active lava overflows at the summit, from which two flows start along the central and south part of Sciara del Fuoco

The southern front rises to about 600 m., while the casting of the central part of the Sciara reaches about 400 m. altitude.

These flows bring hot materials to the bottom of the slope where they accumulate as small deltas. - LGS press release of 10.07.2019 Stromboli - images at the FLIR thermal camera of Punta dei Corvi, taking over the Sciara del Fuoco and the summit on 10.07.2019 - Doc. LGS

In Costa Rica, the accumulation of water in the main crater of Poas continues with variations this past week, positive thanks to the contribution of rainwater, negative due to evaporation.

Degassing continues at mouths A and B; the mouth A is almost completely covered by water, which increases the risks in case of eruptions, then of the phreatic type.

It is recommended to take note of the variable state of the volcano before a visit and to stay away from the beds of the river near the volcano in case of rain, because secondary lahars could be generated by remobilization of ashes and materials accumulated in the high parts of the volcano by eruptions of the past months. 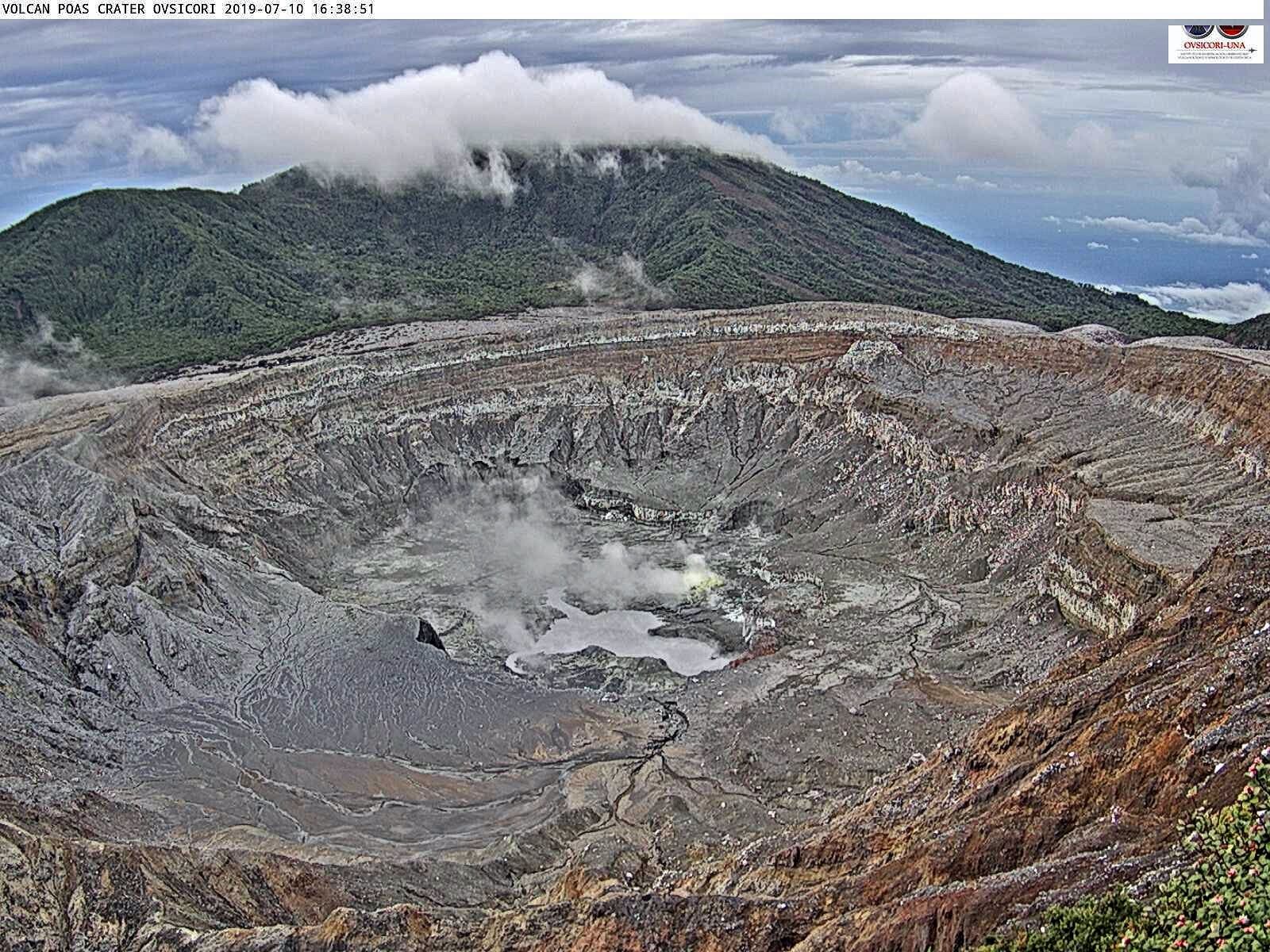 Little news of eruptions in Papua New Guinea on Manam and Kadovar.

On Manam, after the eruption of June 28 at 7 am local, and the emission of an ash plume at more than 4,600 meters and pyroclastic flows towards the west and north-east, more than seven villages, including Dugulava, Yassa, Budua, Madauri, Waia, Dangale and Bokure, were affected by ash fallout and pyroclastic flows and debris. About 3,775 people have been displaced to the three health centers in Baliau, Kuluguma and Boda.

Mirova still detects low thermal anomalies, between 15 and 3 MW on 9 and 10 July.

On the image of Sentinel Satellite 2 on July 9, there is a plume of gas that pierces the cloud cover of the summit area and gaseous fumes towards a northwestern sector. On Kadovar, the thermal anomalies remain weak as well, but present on July 4th and 4th, 2019.

Sentinel 2 band 12,11,4 images show hot spots at the top and on the upper east flank, as well as active degassing 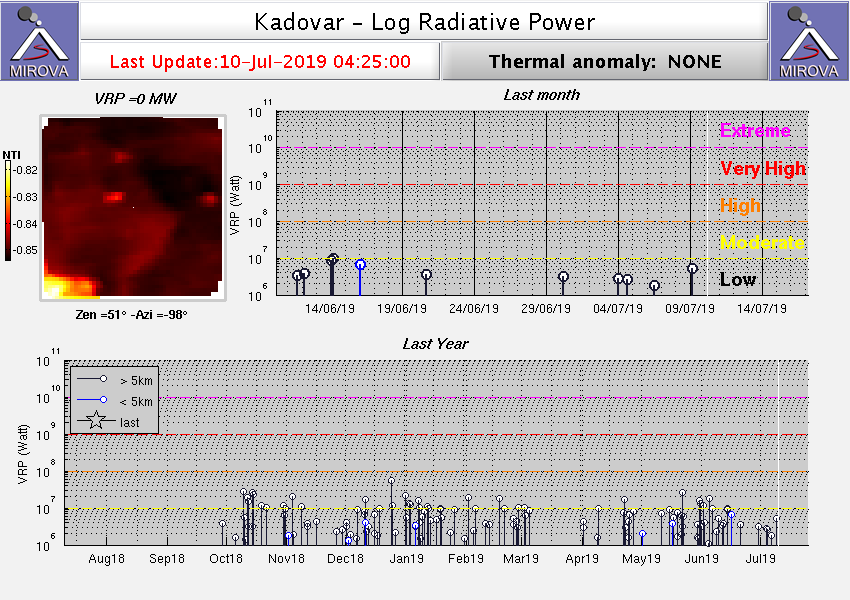 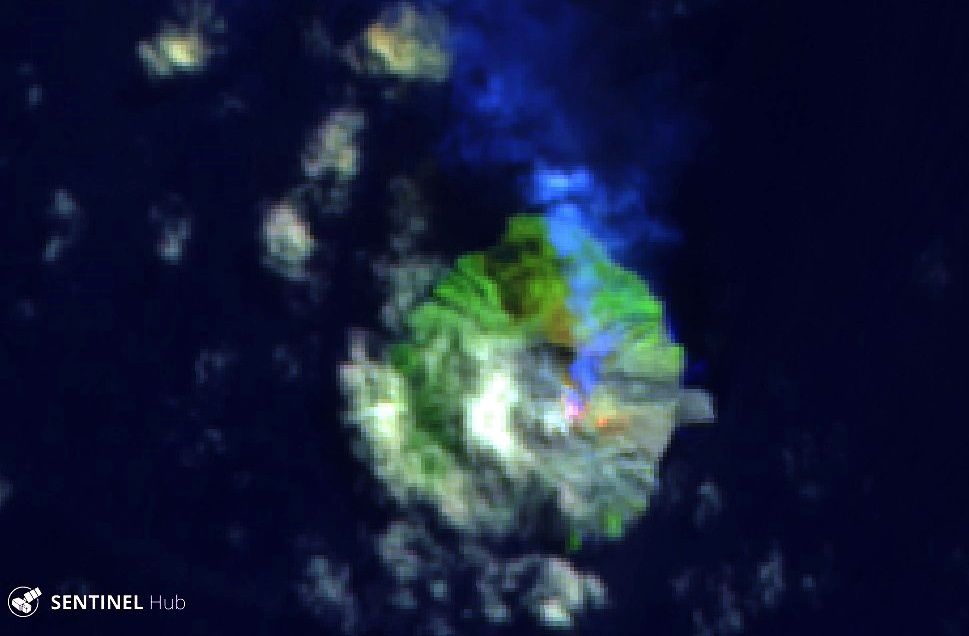