The indecisions or hesitations of La Fournaise:

At the Piton de la Fournaise, the volcanological observatory recorded a stop of eruptive activity on the surface since 04:20 local August 15, 2019.

On the same day, the eruptive tremor resumed at 8:30. This was confirmed by the observations on site, the activity of lava fountains resumed within the same eruptive cone.

" This is predictable because, following the eruption of the erupting tremor, seismicity was still recorded, notably a deep seismicity which showed that there were still magma circulations at depth, as well as a residual tremor on the surface. One of our seismological stations was one of the hypotheses that was not ruled out, namely the resumption of activity. "

" In 2007 and 2015 we had stops like that of eruption, from several hours to several days, before it resumed at the same eruptive site.It is not unusual even if it is not common to all the eruptions. " Piton de la Fournaise - Evolution of the RSAM (indicator of the volcanic tremor and the intensity of the eruption) between 11.08 and 16.08.2019 at the GPS / Grands Pentes Sud station - (© OVPF-IPGP).

The eruption stopped again on August 15th, 2013 at approximately 22:00 local time, after a little more than 6 hours of activity of "gas piston" or "puffs of tremor".

The eruptive activity on the surface is currently stopped, only persistent degassing at the level of eruptive fissures and glare at the lava flows that are being cooled.

The prefect of Reunion triggers the transition to the backup phase. Access to the enclosure is forbidden. In the past 24 hours, 162 exhalations have been identified using Popocatépetl volcano monitoring systems, accompanied by water vapor, gas and small amounts of ash.

In addition, 711 minutes of low amplitude tremor were counted.

From August 15 in the morning to 11 am local, there are gas emissions west-northwest.

CENAPRED urges NOT to approach the volcano and in particular the crater, because of the risk of falling ballistic fragments (picture 6) and in case of heavy rains far from the bottom of the ravines due to the risk of mudslides and debris.

The volcanic alert of Popocatépetl is YELLOW PHASE 2. During the past three days, the Institute of Geophysics of Peru (IGP), through the National Center for Vulcanology (CENVUL), has recorded intense seismic activity on the Sabancaya volcano.

Finally, the third swarm took place between 19:39 yesterday and 19:24 today, with a total of 279 earthquakes and a maximum magnitude of M3.5. " The observation of these days on the Sabancaya volcano, with hundreds of earthquakes in a few hours, would indicate that new magma contributions would be ascending towards the magma chamber of the volcano, suggesting that the eruption process of Sabancaya would still be extended, so that the increase in the number of explosions observed daily as well as emissions of ash expelled would not be excluded, "says Dr. Hernando Tavera. , executive chairman of the IGP. 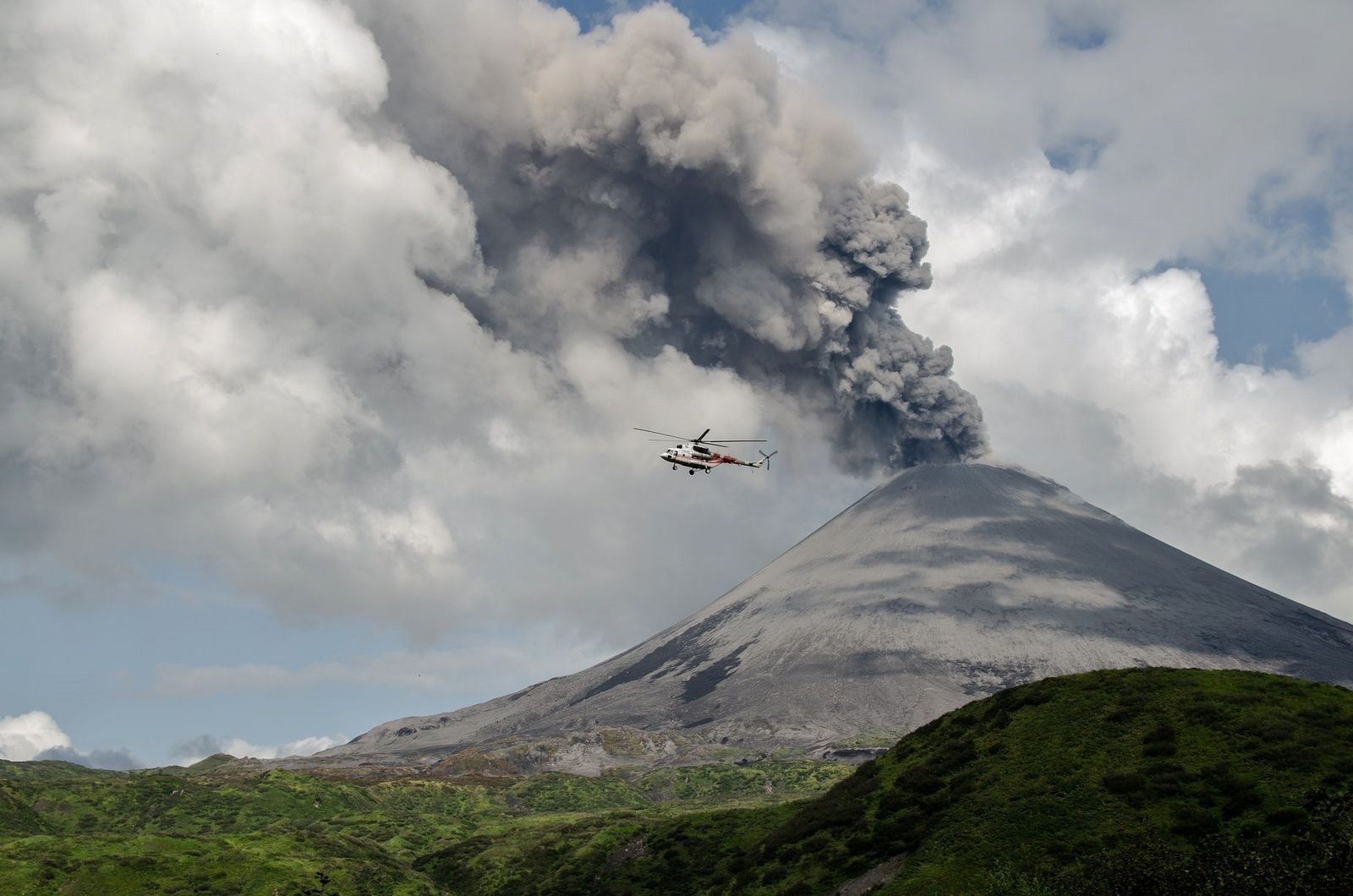 As mentioned earlier, Karymsky's activity on the Kamchatka peninsula was characterized by frequent explosions generating ash peaks between 3,000 and 5,000 meters.