The Sernageomin recorded an explosion at the Nevados de Chillan Volcanic Complex on Aug. 8 at 4:38 pm, associated with an LP earthquake, in relation to the dynamics of internal fluids, at 1.6 km depth.

Incandescence associated with gas and material emissions was observed, as well as deposition around the active crater. 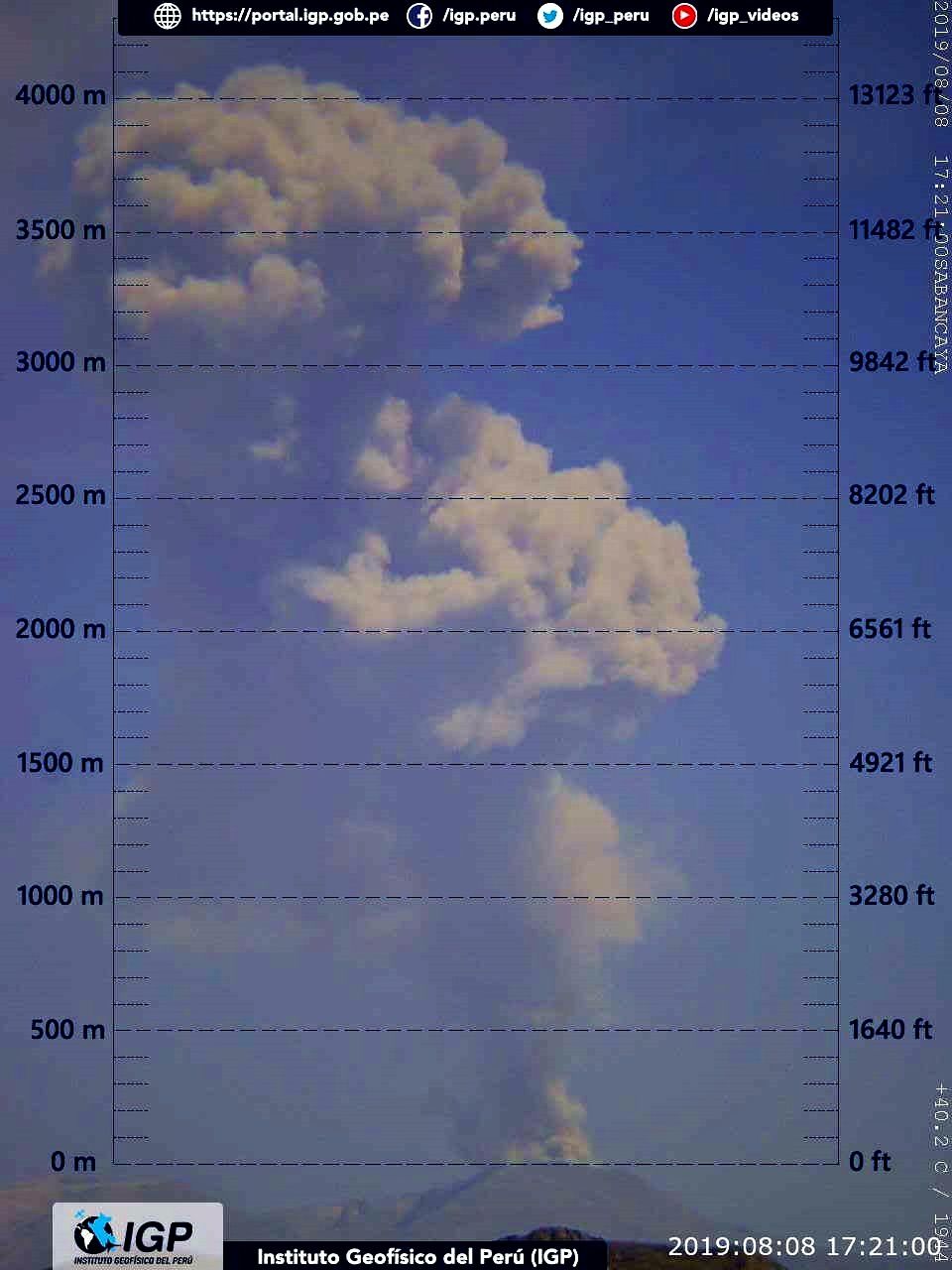 In Peru, the frequent explosions of Sabancaya are linked to ashes emissions.

Yesterday the IG Peru issued a notice of ash dispersal at 12:30 local, for the localities of Achoma, Yanque, Ichupampa, Chivay and Coporaque.

According to VAAC Buenos Aires, the height of the ash plume is estimated at 7.600 meters (flight level 250) moving over 15 km. 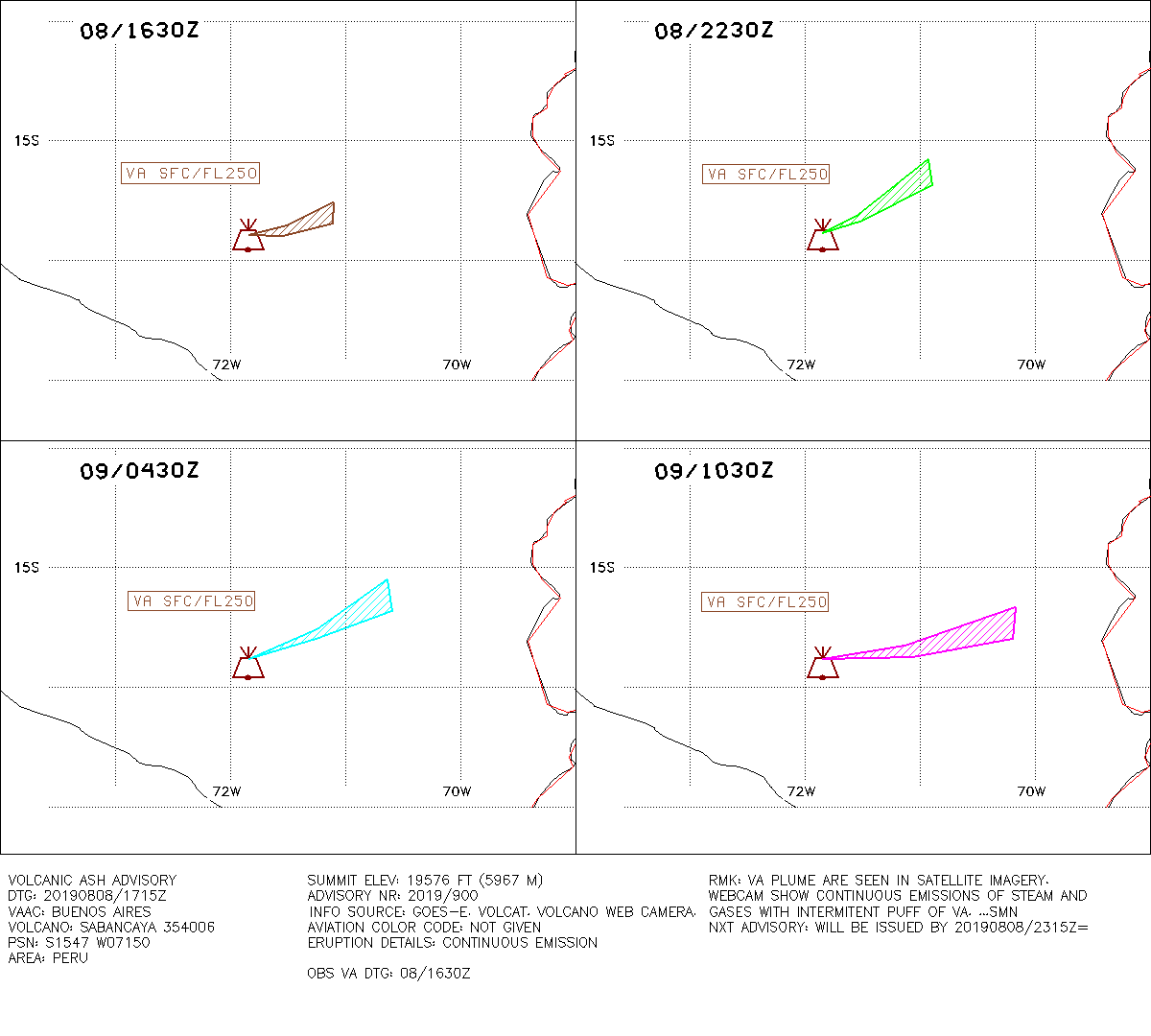 An increase in seismic activity and deformation, quite significant, justified the passage of the level of activity of Gunung Slamet, in central Java, from 1 to 2 August 9th at 9:00 WIB.

Inflation has been detected since late July, and a white plume overcomes, more or less thick, the summit up to a height of 300 meters.

The temperature of hot springs shows an upward trend.

The prognosis is various: magmatic or sudden phreatic eruption. It is recommended not to venture within a radius of 2 km from the crater. The crater of Slamet - photo R.Woodall 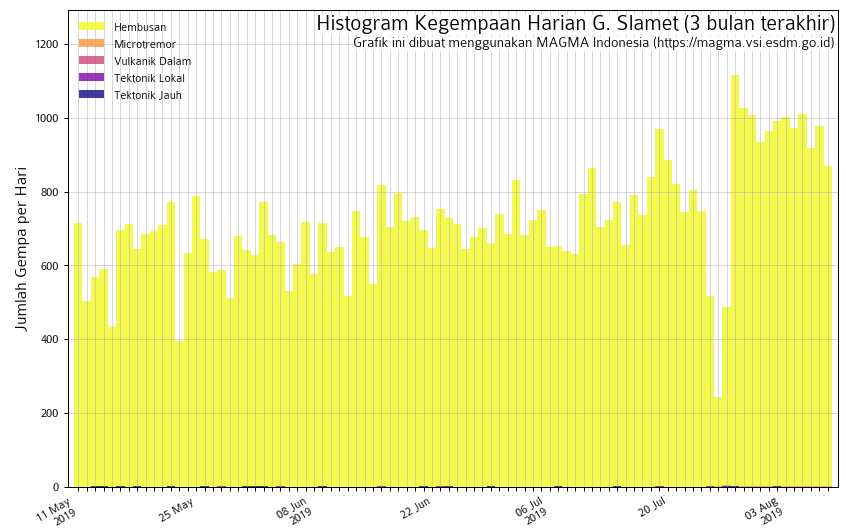