News of Popcatépetl, Karangetang and Kilauea. In the last 24 hours, thanks to the monitoring systems of Popocatépetl, 203 exhalations have been identified, accompanied by water vapor, gas and small amounts of ash dispersed north-northwest.

However, due to the high cloudiness in the volcano area, visibility was partial. Similarly, 167 minutes of low amplitude tremor were counted.

As of today morning and at the time of this report, we observe the volcano with gas emission to north-north-east.

CENAPRED urges NOT to approach the volcano and in particular the crater, because of the risk of falling ballistic fragments and heavy rains far from the bottom of ravines due to the risk of mudslides and debris. 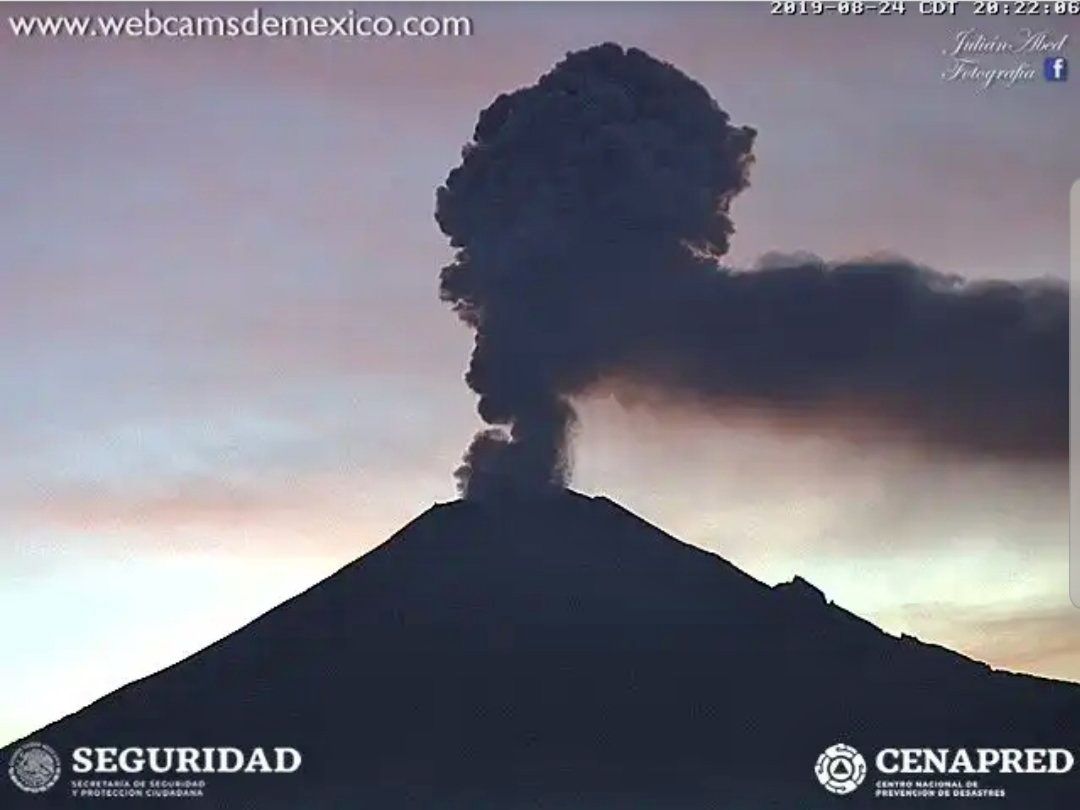 At Karangetang, still in activity level 3 / siaga, a plume is observed at a hundred meters above the two craters, as well as a crater flow from the south crater, to the northwest.

On August 24th, the PVMBG reported 38 earthquakes, 47 earthquakes, a hybrid earthquake, a shallow volcanic earthquake, 3 episodes of harmonic tremor, and a continuous tremor of dominant amplitude at 1 mm. On Hawaii, the restoration of Route 132 at Pohoiki Road in Four Corners (the Red Road) following the eruption of the eastern rift zone of Kilauea Volcano has progressed well. The project is expected to be completed by October.

More interesting, the changes that continue to reshape the crater Halemaumau and Kilauea Caldera. The huge, funnel-shaped Halema'uma'u, more than a kilometer in diameter, now has a fumarolic pool of water at the bottom of the crater. Scientists continue to investigate the source of water that has appeared there. It has been reported to be around 70 degrees Celsius, it continues to grow slowly and has a most curious shade of green ... a color very similar to that of Green Lake inside the Kapoho crater, which is is evaporated during the LERZ eruption of 2018 in Kilauea. Time will tell if the lake will grow further and if it will interact one day with the lava that enters the huge crater.