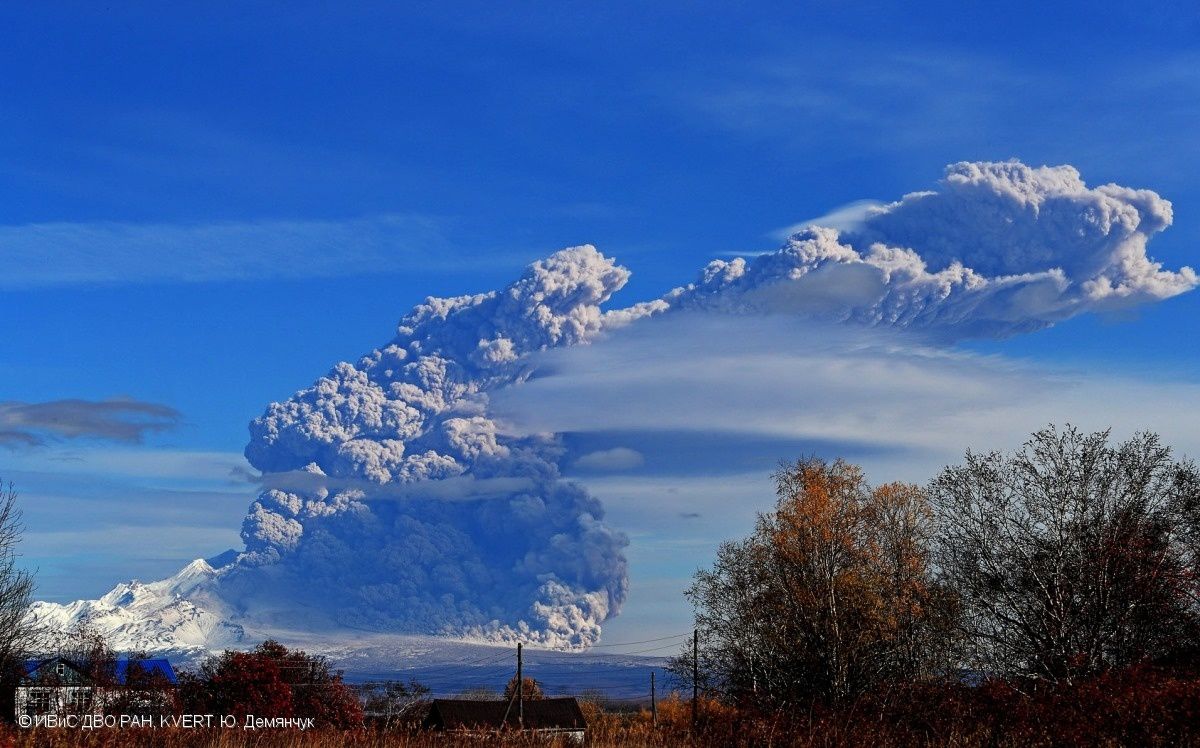 At Sheveluch / Kamchatka, there has been a few days of resuspension of ashes forming a cloud extending south-east of the volcano, 50-80 km., Spotted by satellites.

Dome growth continues, accompanied by dome and avalanche incandescence, confirmed by thermal anomalies (between 1 and 116 MW). 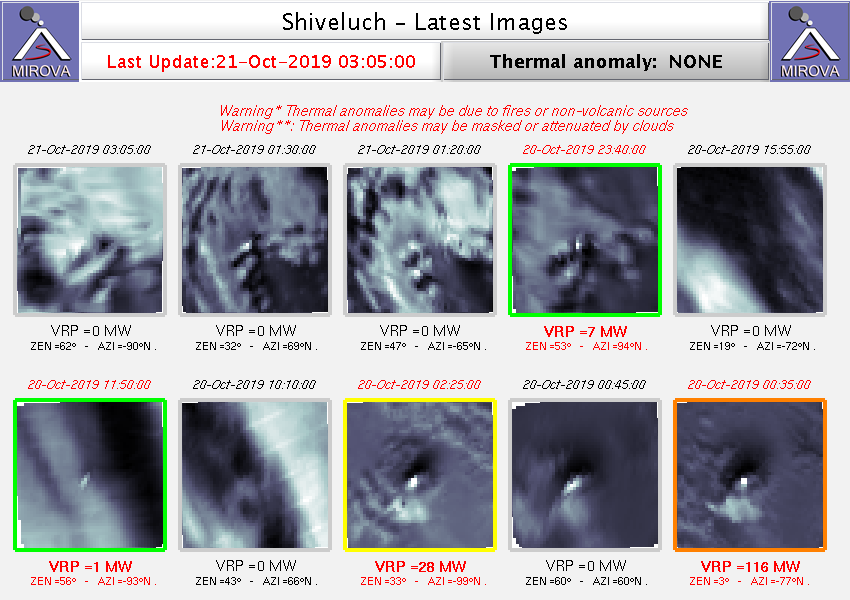 At Dukono, on Halmahera Island, in the Moluccas archipelago, explosive activity continues. A seismic swarm is observed over the Tjornes fracture zone in northern Iceland, an oblique transformation zone that separates the northern Icelandic volcanic zone from the Kolbeinsey Ridge.

These swarms are normally of a volcano-tectonic nature, and occur during magma intrusion into dykes or sills. Note an earthquake of magnitude greater than 3.

Historically, an underwater eruption was reported in 1867-1868 on the SE part of the fissure system north of the island of Mánáreyjar.