Eruptions of Sheveluch, Popocatépetl and Manam. In Sheveluch, KVERT observed a strong explosion on October 1 at 23:39 UTC. It was accompanied by a plume of ashes reported at an altitude of 9,000 meters asl., drifting to the ESE, and a pyroclastic flow that covered the west flank of the dome.

This activity continued on October 2nd, where an ash plume is reported between 6,500 and 7,500 meters asl altitude. The cloud drifted 485 km to the ESE, then east.

The aviation code is orange, and VAAC Tokyo transferred the responsibility for ash cloud tracking and alerts to VAAC Anchorage at around 5:50 am, following its displacement. The Popocatépetl, in amarillo alert Fase 2, continues to testify to a sustained activity, with this October 2nd at 11am local, a total of 215 exhalations during the last 24 hours reported by the Cenapred.

The explosion of 04:07 was accompanied by an ash plume of about 2,000 meters and an expulsion of incandescent fragments that covered the east flank of the volcano; that of 06:03 emitted a plume of 1,500 meters in height. The ashes dispersed to the southwest, and falls are reported on the municipalities of Atlautla Ozumba, Ayapango and Ecatzingo.

The safety zone remains in effect, with a radius of 12 km around the crater. 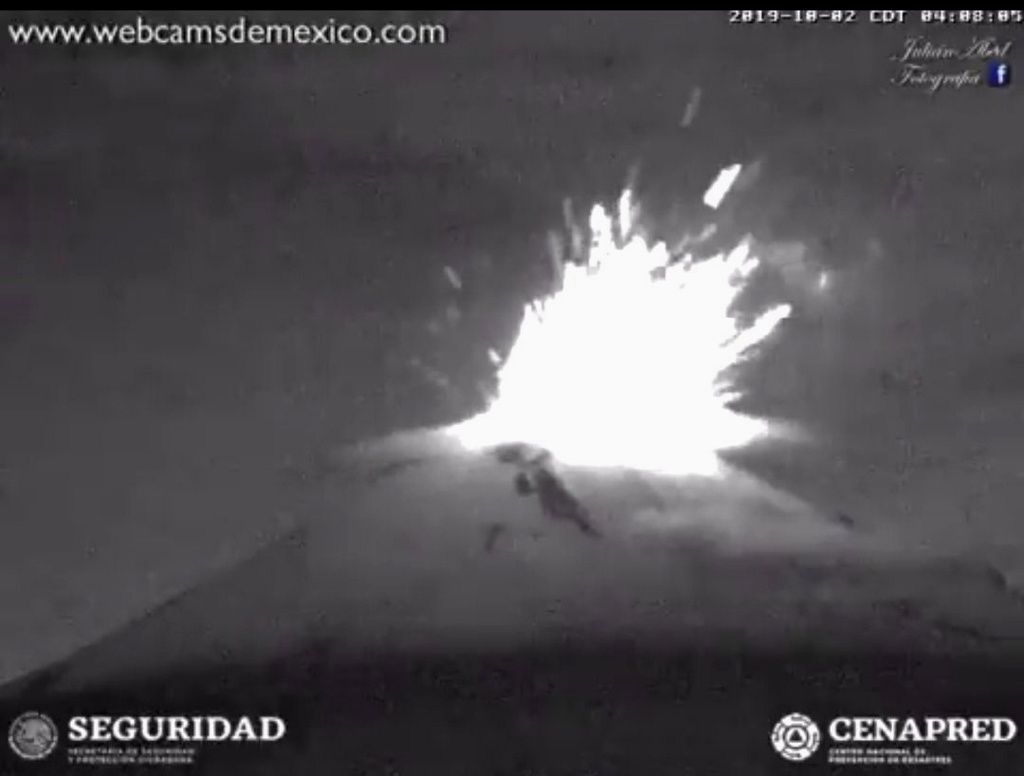 The aviation code is red. 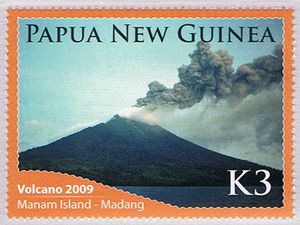