At Merapi / Java, an eruption occurred on 14 October 2019 at 16:31 WIB, accompanied by a plume at 3,000 meters above the summit, and pyroclastic flows towards the southwest. The recording on the seismogram is 270 seconds and an amplitude of 75 mm.

On the same day at 20:19 WIB, a pyroclastic flow was recorded, the amplitude on the seismogram was 30 mm, and the duration of 76 sec. 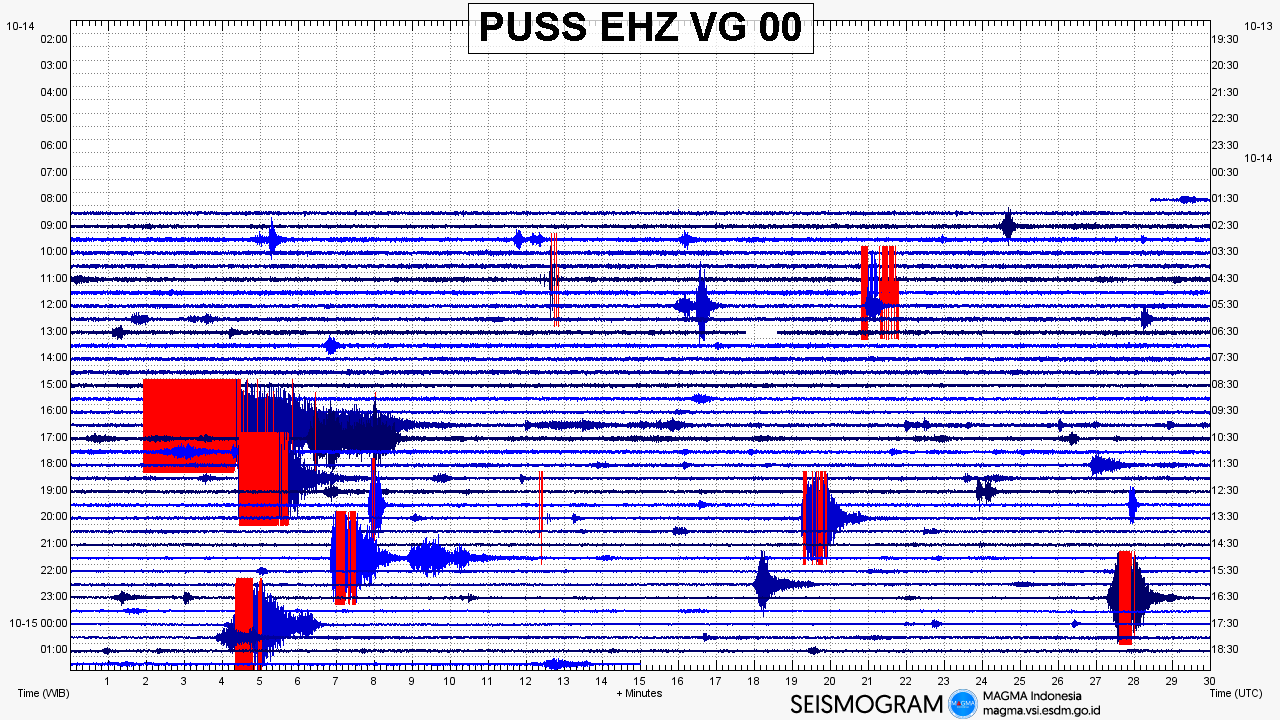 The activity of Karangetang, on the island of Siau, remains high; during the night of October 13, the lava was visible, and moved for a distance reaching 1,500 meters in the drainages Kali Pangi, Nanitu and Kali Sense.

At the seismicity level, the continuous tremor of dominant amplitude at 0.25 mm, 125 erupting earthquakes, 20 blast earthquakes, and three shallow volcanic earthquakes are observed.

The activity level is 2 / siaga.

In Peru, IGPeru reports moderate eruptive activity at Sabancaya, characterized by an average of 36 medium-to-low explosions per day and ash and gas plumes up to 3,500 meters above the summit. .

Fifteen thermal anomalies, between 1 and 5 MW, were recorded between 7 and 13 October. In Ubinas, the eruptive activity remains light, and characterized by magmatic gas emissions and steam at less than 1,000 meters above the summit.

At the seismicity level, 3533 earthquakes were recorded in relation to the eruptive process, with a predominance of VT earthquakes of M <2.1. No significant signs at the deformation level, and three small thermal anomalies are reported by Mirova. 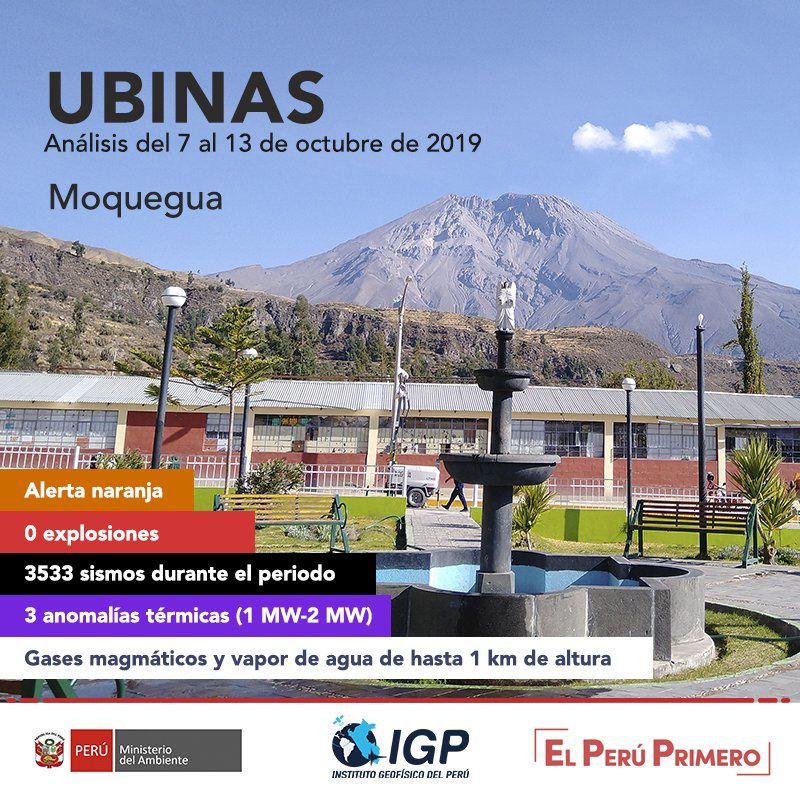