The scenery planted, let's move on to the history of the volcanic field of Santorini, which consists of 6 different stages.

The volcanism in the Santorini region began about 2 million years ago, when the first eruptions occurred on the seabed in the region of the Akrotiri Peninsula and probably also at the location of the islands Christiania, 20 km southwest of Santorini.
The activity led to the construction of dacitic lava domes that eventually formed a series of islands, still visible in the hills of the Akrotiri Peninsula.

In a second time, a stratovolcano (Peristeria volcano) formed in the northern part of Santorini, some parts of which are still visible in the cliffs and slopes of Mikro Profitis Ilias and Megalo Vouno.

From 400,000 years ago, volcanic activity moved to the center of the current caldera. The most characteristic type of activity over the past 400,000 years has been the cyclical construction of volcanoes-shields interrupted by major explosive and destructive events such as the Minoan eruption of about 3,600 years ago. 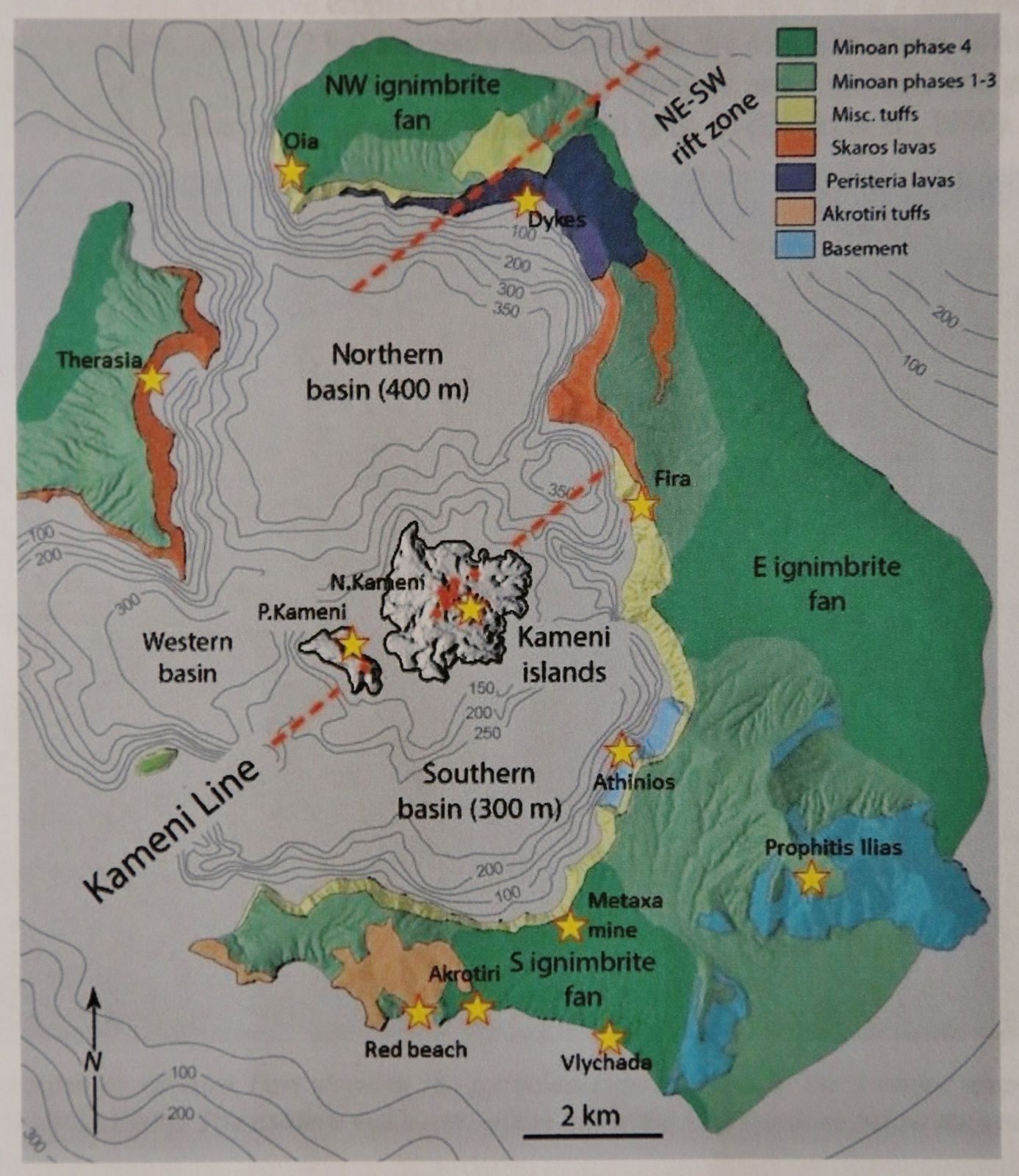 The volcanic evolution of Santorini is marked by at least 4 episodes of caldera collapses that have taken place for 172,000 years, during 2 eruptive cycles, each cycle beginning with a mafic to intermediate volcanism and ending with silicic extrusions accompanied by collapse events. The remains of these are observed on the cliffs of the caldera, usually defined by unconformities and layers of underlying paleosols.

Caldeira 1 - 172,000 years: located south of Thêra, and defined by a discrepancy of 150 m. covered by pyroclastic deposits.

At the port of Athinios, we notice the collapse of the Minoan eruption (tuff) which exhumed the northwestern cliff and the shore of the pre-volcanic bedrock. The geomorphology is revealed by an underwater topographic and bathymetric map, published by Evi Nomikou.

The walls of the caldera rise up to 300 meters above sea level, while the maximum depth of the caldera floor is about 390 meters below the water level. 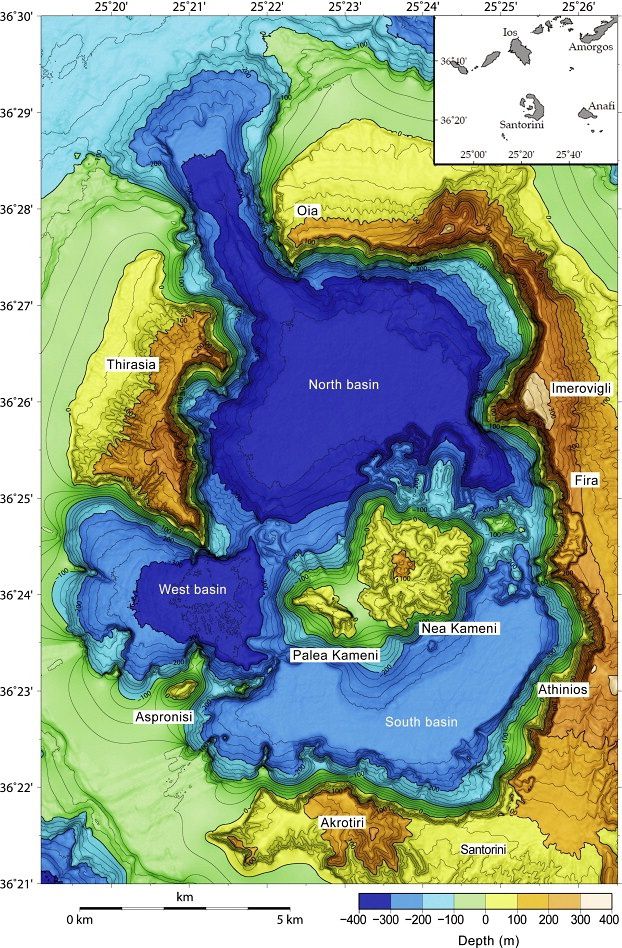 The northern basin is the largest and deepest, between the Kameni Islands, Thirasia and the northern part of the caldera. It is connected by a narrow channel, with steep walls 300 meters deep, to an ENE-WSW structure in form of shell that lies outside the Santorini caldera, northwest of the village of Oia.

The smaller western basin, between the Islet of Apronisi, Palea Kameni and the south of Thirasia, has a depth of up to 325 meters.

The southern basin, bordered by the Kameni Islands and the southern part of the caldera, is shallower than the west basin of about 28 meters.

The morphology of the sea floor suggests that the southern basin is separated from the others by the development of a series of subaerial and submarine volcanic domes, aligned NE-SW.

This unique morphology plays an important role in the occurrence of rock slides and a risk of landslide over a very large area, with major risks for the internal caldera cliffs north of Thera and east of Thirasia.