The archipelago of Santorini - 7 - Palea and Nea Kameni

Historical volcanism has today created two islands in the center of the caldera, Palea Kameni and Nea Kameni.

Their construction probably began shortly after the Minoan eruption; they are the subaerial expression of activity, with the summit 500 meters above the calderal floor. The pyroclastic cone broke through the water level in 197 BC, and the last eruption of Nea Kameni dates back to 1950.

The vents are located on a NE-SW tectonic line, which controls the regional rise of magma : the Kameni line. Santorini - Nea Kameni, in the center of the caldera, seen from Fira - photo © Bernard Duyck 09.2019 The evolution of these islands was made during nine subaerial eruptions, whose products are all of dacitic nature: domes, lava flows channeled or with levees, block lava flows, plumes of ash, ballistic products.
Bathymetric data reveal subaqueous / lava flows in cushions, which makes the total issued at 4.85 +/- 0.7 km³. 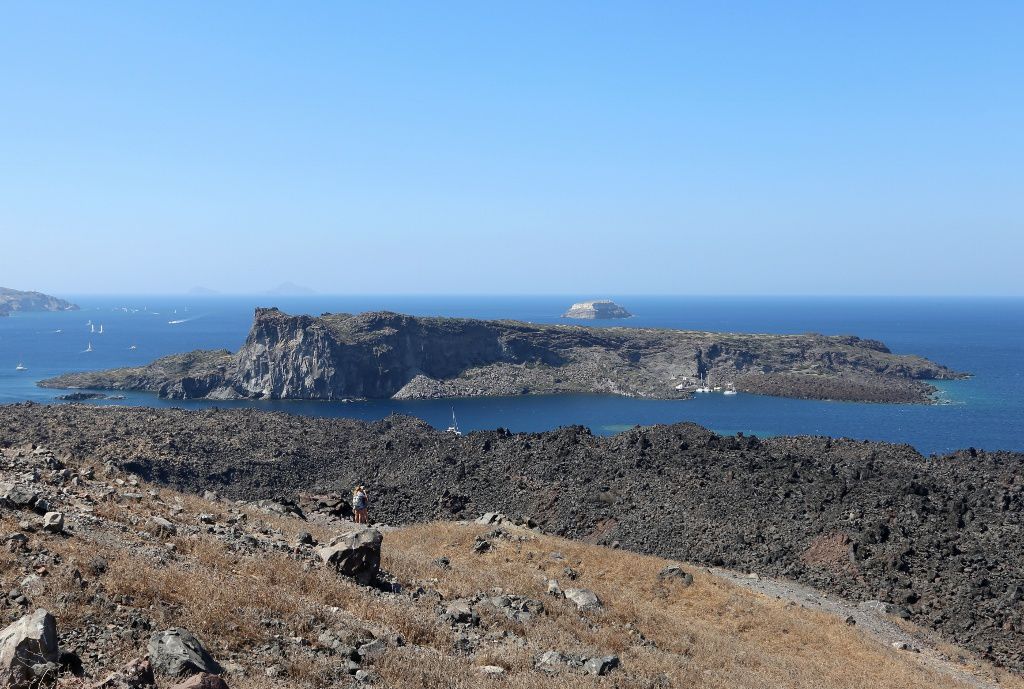 - 1925 - 1928: extrusion of domes Daphne and Nautilus and castings, explosions at the summit crater and plumes of ash. Growth to the north and east fills the bay between Mikri and Nea Kameni. A plume linked to phreatomagmatic activity rises to 3,300 meters, then the activity becomes phreatic.

- 1950: extrusion of the small dome Liatsikas preceded by phreatic explosions. The activity lasted a month. 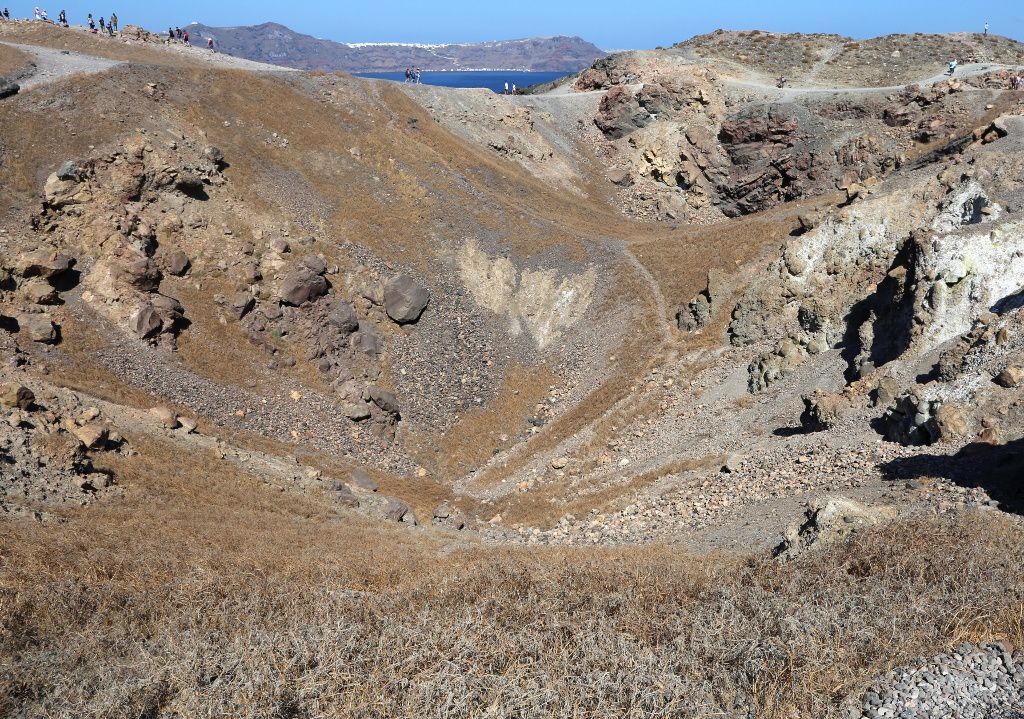 In 2011-2012, a phase of instability marked the caldera, with numerous small volcano-tectonic earthquakes of M <3.3 at a depth of 1-6 km on an almost vertical plane of 6 km in length on the Kameni line, accompanied by inflation of up to ten cm. , which probably corresponds to an intrusion of 10-20 million cubic meters under the caldera at 3-6 km depth (magmatic, magma + fluids, or tectonics origin ?).

The present activity is fumarolic and marks the twin summit craters, and hot springs, with green waters (due to the presence of Fe 2+ / colloidal pyrite, and redheads (near-surface oxidation to Fe 3+). 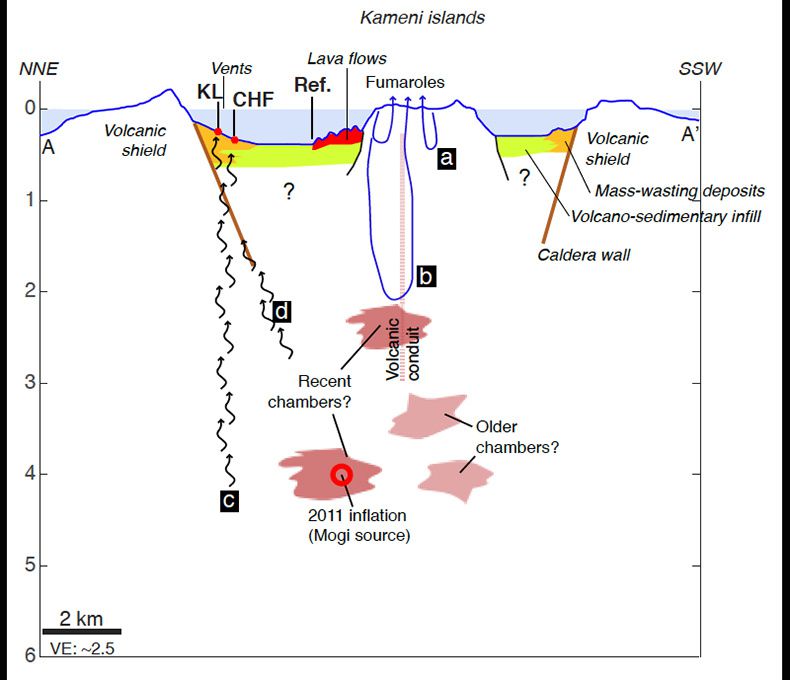 Santorini - possible sources and transfer of magmatic CO2 and He into the caldera - Doc. Moreira & al. 05 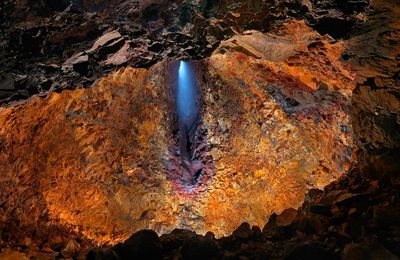