Multiple and brief ash emissions mark the Nakadake crater of the Aso volcanic complex in Japan since April-May 2019. The JMA raised the alert level to 2 / Do not approach the crater on 14.04.2019.

In recent days, the emissions are loaded in ashes, while being visible only from the Museum of the volcano, the plume being laid by variable winds. They are reported by VAAC Tokyo, which states that ashes are not identifiable on satellite images.

Moderate volcanic troubles continue at Whakaari / White Island, but no new changes were observed in the monitored parameters.

The activity of the volcano did not change after the magnitude 5.9 earthquake that occurred under the east of Plenty Bay on Sunday, November 24th.

Gas emissions continue to be elevated to moderate last week, beginning Monday, November 18, and volcanic tremor remains moderate. There have been few earthquakes near the island.

The level of the lake in the crater has not changed since last week and we continue to observe gas drived fountaining around the active vents on the west side of the crater floor. This fontaining regularly throws mud into the air a few meters from the mouth but at current levels, it presents no danger to visitors.

Overall, the monitored parameters remain within the expected range for moderate volcanic disorders and associated hazards. Surveillance observations are similar to those observed during the more active 2011-2016 period and suggest that Whakaari / White Island could enter a period when eruptive activity is more likely than normal. The extrusion of a lava flow, called L4, slowly descends on the north-north-east flank of the volcano, adjacent to the 3  previous lava flows. Together they form two lobes that extend 90 meters from the edge of the crater Nicanor.

The alert level remains in Naranja, characterizing a moderate explosive activity, lava flows and gas emissions in the vicinity of the crater.

A new risk map was published yesterday, with a potential impact zone of the activity reaching a distance of 5 km northeast and 3 km southwest, with extension in the drainages. 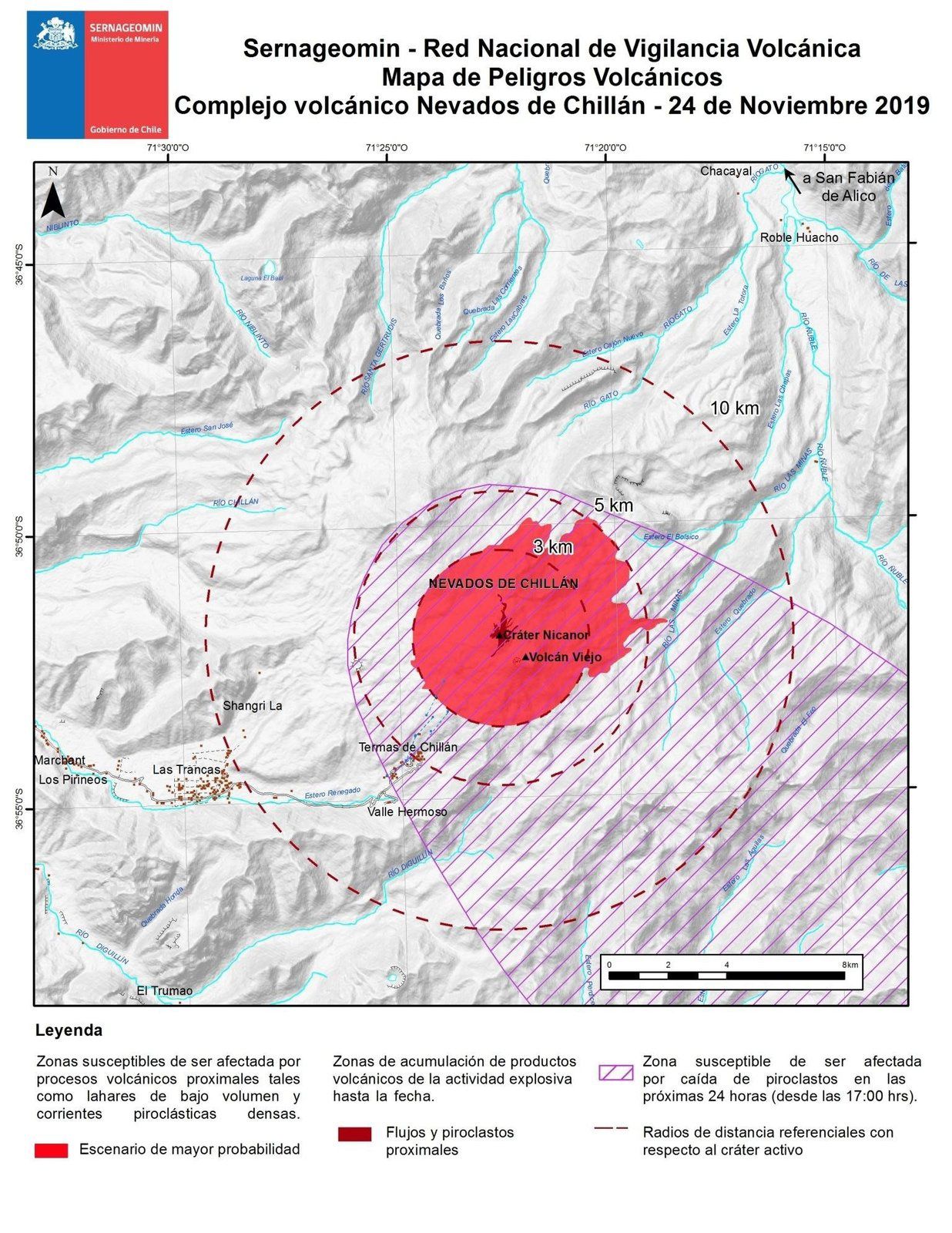 At Piton de la Fournaise, and although no accident has been reported so far, an underground rescue exercise was carried out by the PGHM, the Fire Services Intervention Group and the League. Reunionese caving and canyoning, in a  lava tube of flow 2004.

The Préfecture wanted to set up an underground ORSEC rescue device for relief coordination purposes in this specific environment of lava tunnels.

Source: Press Release of the Prefecture of La Réunio - link