The Japan Meteorological Agency has raised the alert level of Satsuma-Iojima to 2 / do not approach the crater on November 2 at 17:50 JST, following an eruption at 17:35 local, accompanied by a plume of ash that has desegregated the 1,000 meters above the crater.

The ashes dispersed in a northwesterly direction, with little impact on the village of Mishima. Location of volcanoes on alert 2 and 3 in the south of Japan - we notice the proximity with Kuchinoerabujima on alert raised this week - JMA map 02.11.2019 The dispersion of the ashes was towards NNE-NE 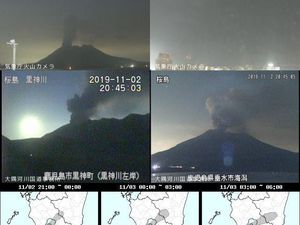 At Nevados de Chillan, the seismicity of the past 24 hours is marked by volcano-tectonic earthquakes, the most energetic located 3.4 km northwest of the active crater and 3.2 km deep, LP and VLP earthquakes, and tremor.

Emissions of gases and particles have been episodic; during the night, the explosions projected glowing materials around the crater. 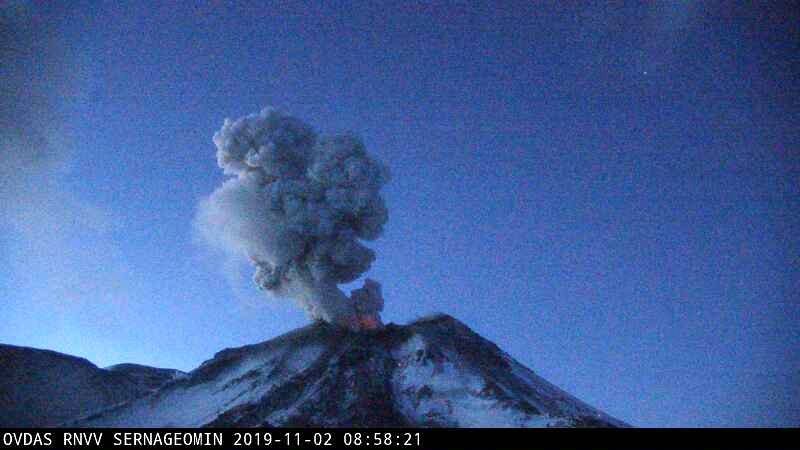 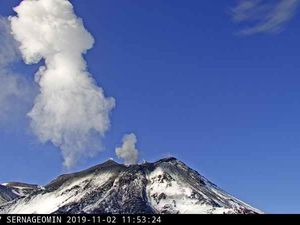