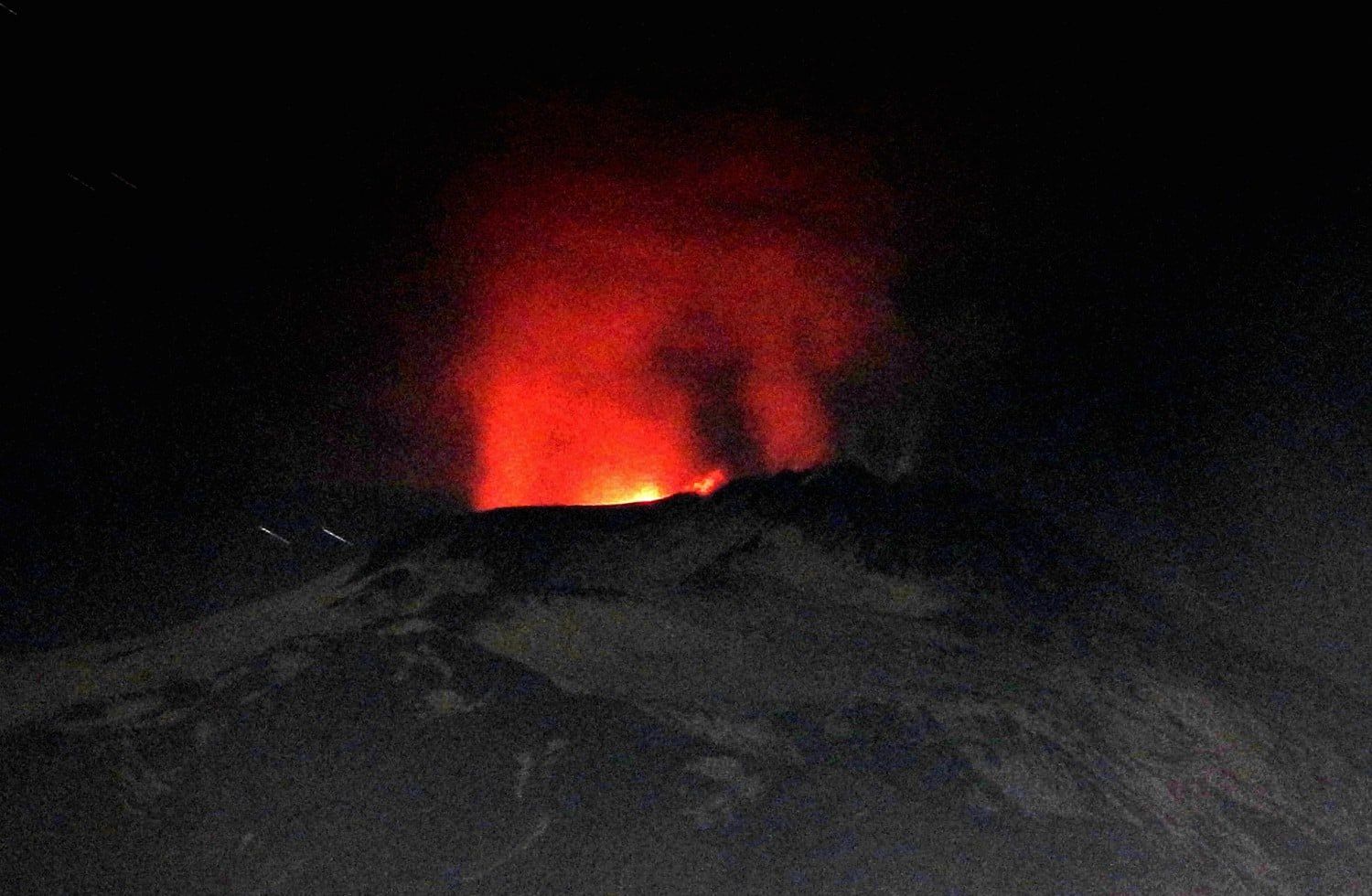 At Etna, explosive activity is observed at the four summit craters on the 1st of December; The Bocca nuova, the Voragine and the northeast crater show a nocturnal glow. At Etna, explosive activity is observed at the four summit craters on the 1st of December; The Bocca nuova, the Voragine and the northeast crater show a nocturnal glow. A small explosion marked the new south-east crater at 9 pm local   Sources: INGVvulcani and Boris Behncke

The higher energy VT earthquake was located 1.8 km northwest of the active crater at a depth of 13 km.

When weather conditions permitted, explosive activity was recorded, with pulsatile emission of gases and particles. During the night it was possible to observe small explosions with projection of incandescent volcanic material around the active crater. 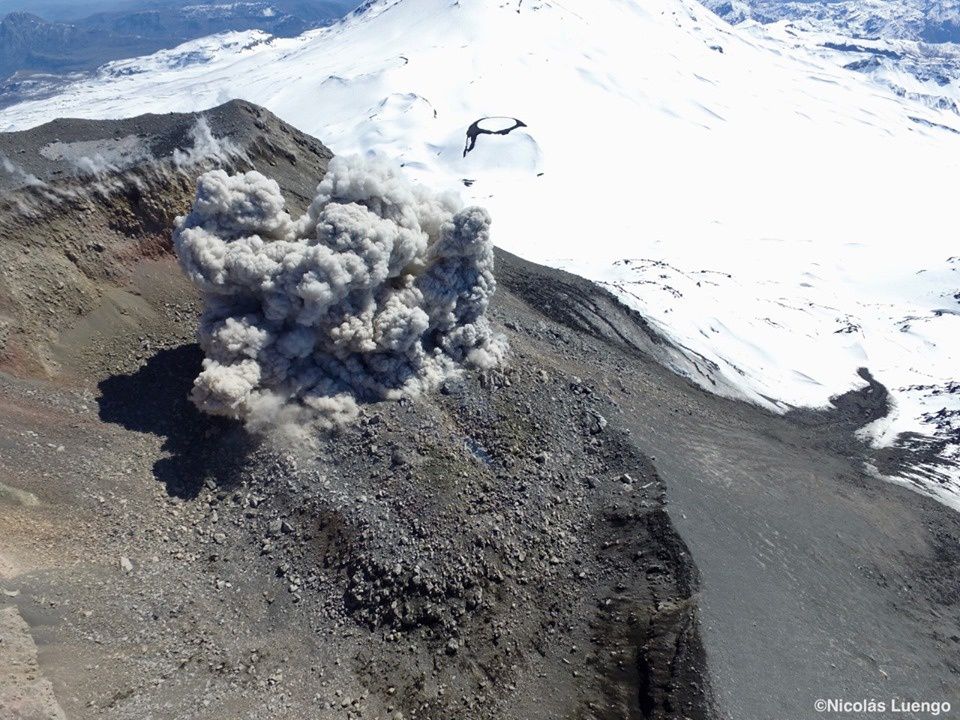 The emission of lava flows in blocks from the active crater and in the NNE direction, about 700 m long, partially covered three other castings of small extensions.

In addition, dense pyroclastic current deposits were observed in the immediate vicinity of the crater, in the SO, NW, N and NNE directions, with extents of 850, 670, 1680 and 440 m, respectively.

The morphological changes observed in the crater zone, maintain a tendency to the growth of crater Nicanor in its SO edge, eroding the crater Arrau, with continuous emission of pyroclasts, splashes and gases, whose eruptive plume reached 1 km high. In addition, the appearance of an opening in the NE edge of the active crater caused the intermittent emission of pyroclastic materials and gases.

Given the instrumental parameters of the internal dynamics of the volcano and the morphological changes observed recently, an explosive scenario of moderate magnitude is established (IEV = 2 to 3), associated with the possibility of a destabilization of the volcanic system, consequence of the contribution the mass and heat of a new intrusion.