State of White Island, earthquakes in the Reykjanes peninsula and a look back at the 1989 Redoubt eruption. The eruptive site of Whakaari / White Island during the surveillance flight of 14.12.2019 - photo GeoNet / Police NZ - one click to enlarge

An experienced volcanologist was able to observe the active vent area of ​​Whakaari / White island during the New Zealand police recovery operation.

The above photo was taken by this volcanologist during the surveillance flight, at a safe distance. We can see at least one active vent with a strong degassing (surrounded), the gas temperatures are high (at least 200 ° C), and the blue tint indicates that the plumes are dominated by sulfur dioxide, which comes directly from the shallow magma. This suggests an open-vent volcanic system with magma not too far below the surface, perhaps only a few dozen meters below it.

The other characteristic that stands out very clearly is the old basin of the crater lake, a depression formed by eruptions between 1978 and 1990. Before the Monday eruption, this basin was partially filled by a hot and acidic lake which was at about 16 meters below the overflow point. Now a large part of the basin is filled with debris with many isolated ponds. Much of the accumulated water comes from recent rains which have reacted with eruption deposits. 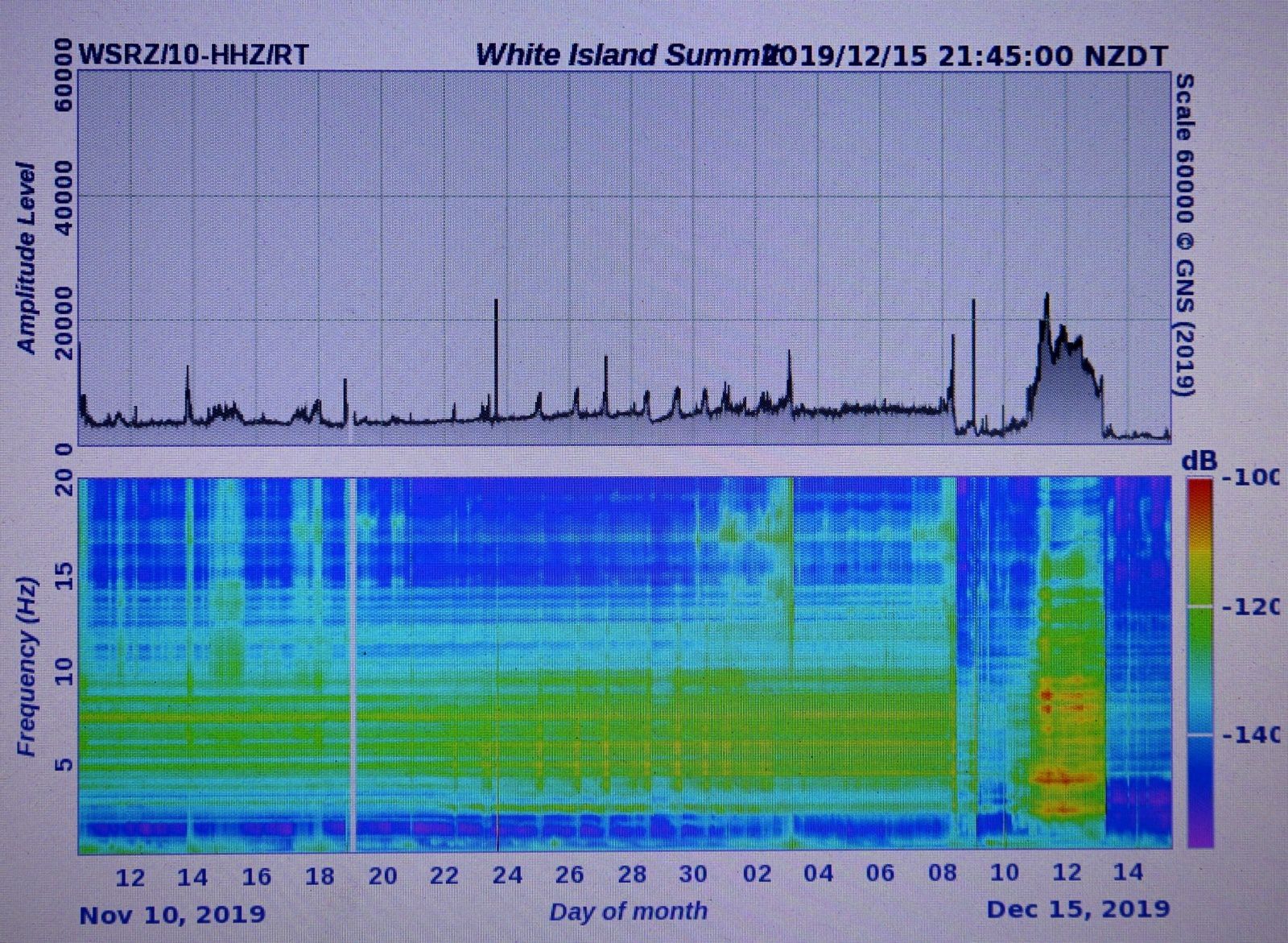 Since the evening of December 13, a low glow is observable by special cameras to detect the weak night lights, which testifies to the high temperature of the gases.

This December 15, a white plume of gas and steam overcomes the volcano; moving away towards the east of the bay of Plenty and while cooling, it becomes more gray-brown, the particles of gas being highlighted in sunlight.

The Seismicity graphs and the RSAM show a real drop in activity. (Explanatory notions in English on the RSAM and the SSAM on: https://www.geonet.org.nz/about/volcano/rsamssam). Concerning the assessment of the phreatic eruption, it has been revised upwards unfortunately: 18 dead, and 20 hospitalized in critical condition.

You have to realize that when entering White Island, you are not only on a potentially dangerous volcano, but also in its crater !

It has never worn its Maori name so well: "Te Puia o Whakaari - The dramatic volcano". A seismic swarm is underway at Fagradalsfjall in the Reykjanes peninsula. It started on December 15 with an earthquake of M3.5, and two earthquakes of M3.6 at 7:57 p.m; More than 900 earthquakes have been detected in this swarm, including a dozen magnitudes around M3, felt in Grindavik, Keflavik, Reykjavik and Akranes.

In July 2017, a similar seismic swarm occurred in the same area.

Earthquakes are common in this region with many faults.

Mount Fagradalsfjall, the westernmost part of the mountain ridge of the Reykjanes peninsula, is actually a small plateau. Some hyaloclastite ridges protrude, especially in the western part. Its highest altitude is 385 m. above sea level. 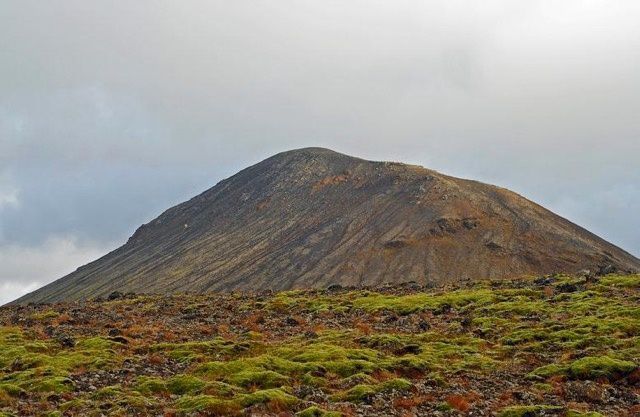 Little back on the eruption of the Redoubt volcano, located in the Cook Inlet in Alaska in December 1989. In addition to disrupting oil production and storage facilities for almost a year, it wreaked havoc on domestic and international air traffic: on December 15, 1989, a Boeing 747 in flight from Amsterdam, which flew into the ash cloud several hours after the eruption, suffered a complete engine failure and narrowly avoided a tragedy when the crew successfully restarted the engines and enabled a safe landing at Anchorage. Two other aircraft were damaged by ash on the same day, with no engine failure, however. 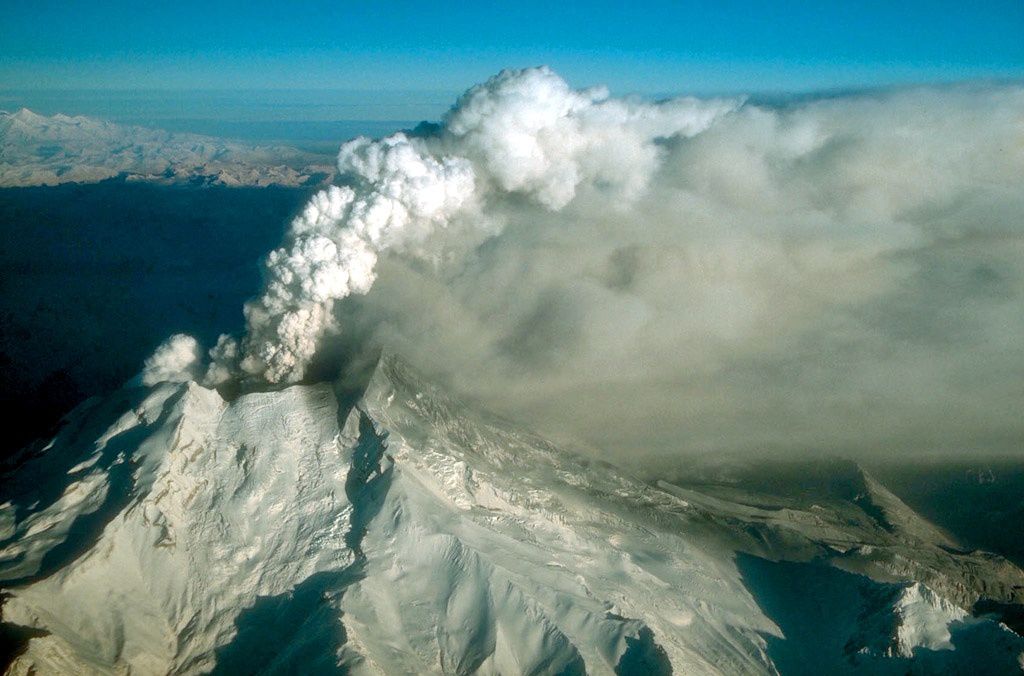 Following these incidents, the eruption of Redoubt marked the start of systematic monitoring by the Alaska Volcanological Observatory of the 54 historically active volcanoes of Alaska and the Aleutians, and an awareness of the dangers of emissions of volcanic ash.

FrontierScientists.com - Game McGimsey of the USGS Alaska Volcano Observatory tells the story of a KLM 747 jet losing all 4 engines after flying through an ash cloud produced by Mt. Redoubt.