Provisional assessment of the eruptive activity of Taal. During the past 24 hours, the activity of the Taal volcano has been characterized by a continuous but generally weaker eruption of the main crater due to magmatic and hydro-volcanic processes. This ongoing eruption generated dark gray plumes loaded with vapor that reached approximately 1,000 meters high and scattered ash to the southwest of the main crater.

The crater lake seems to have largely emptied after the phreatic episode of Sunday, and the fountaining of Monday morning. Volcano island is covered with ashes. 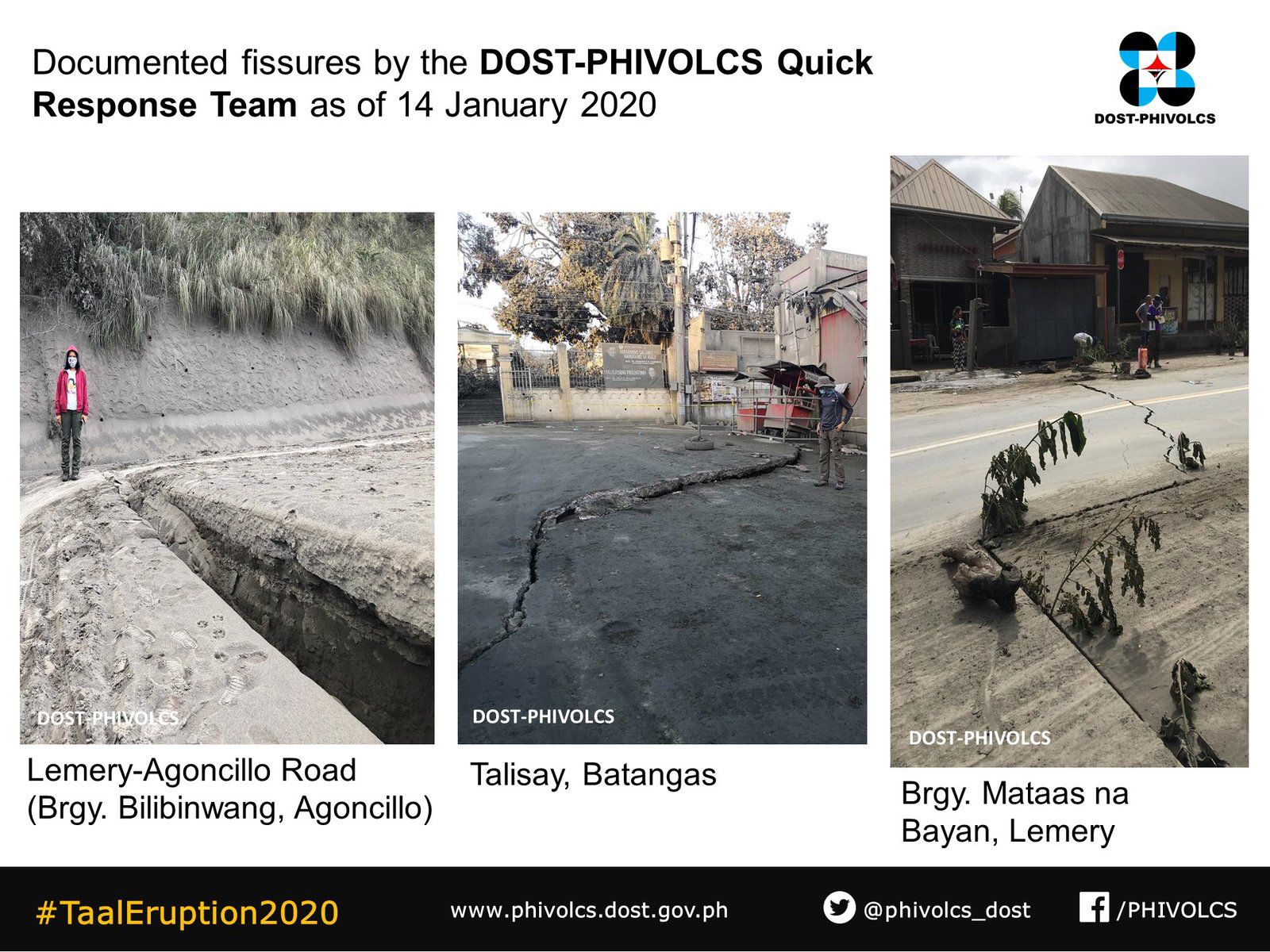 The Philippine Seismic Network has plotted a total of four hundred sixty-six (466) volcanic earthquakes since 1:00 p.m. on January 12, 2020. One hundred and fifty-six (156) of them were felt with intensities ranging from intensity I - V.

From 05:00 on January 14, 2020 until 05:00 today, there have been one hundred fifty-nine (159) volcanic earthquakes and twenty-eight (28) have been felt with intensities ranging from Intensity I to III . Such intense seismic activity probably means a continuous magmatic intrusion under the Taal building, which can lead to additional eruptive activity.

These SO2 emissions from January 12 and 13 dispersed over the western Pacific. A Sentinel-5P TROPOMI image from January 14 suggests a high and partially stratospheric altitude (comment from Simon Carn) The impact of the ashes on the populations is important, while some evacuees try to return to the prohibited zone to take care of their animals.

Alert level 4 remains in effect on the Taal volcano. This means that a dangerous explosive eruption is possible within a few hours or days. 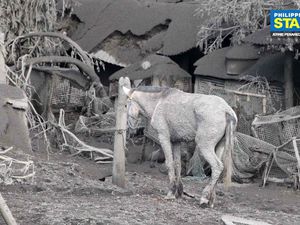 Taal - every living being is impacted by the ashes emitted - photos Philippine star 14.01.2020 - one click to enlarge

In the interviews with Phivolcs officials, there is a fear of seeing the scenario of historical eruptions repeated, which were accompanied, after the appearance of cracks, by explosions with a deadly base surge (1911, 1965, 1966). 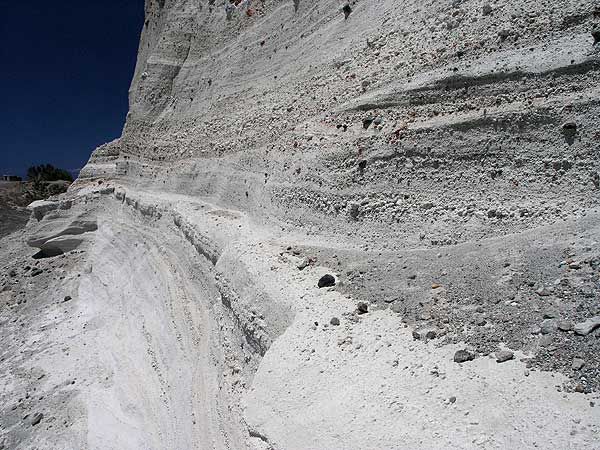 Taal - base surge deposits from the eruption of 1965 - photo USGS