At 8 a.m. on January 15, PHIVOLCS declared that Taal volcano activity was generally lower; dark gray plumes loaded with vapor increased by about 1 km and drifted southwest.

According to the Disaster Assistance Response and Information Center (DROMIC), a total of 53,832 people were dispersed in 244 evacuation centers in 1800 on January 15. (GVP) New ground cracks were reported at Sambal Ibaba (17 km SW) and portions of the Pansipit River (SW) dried up. 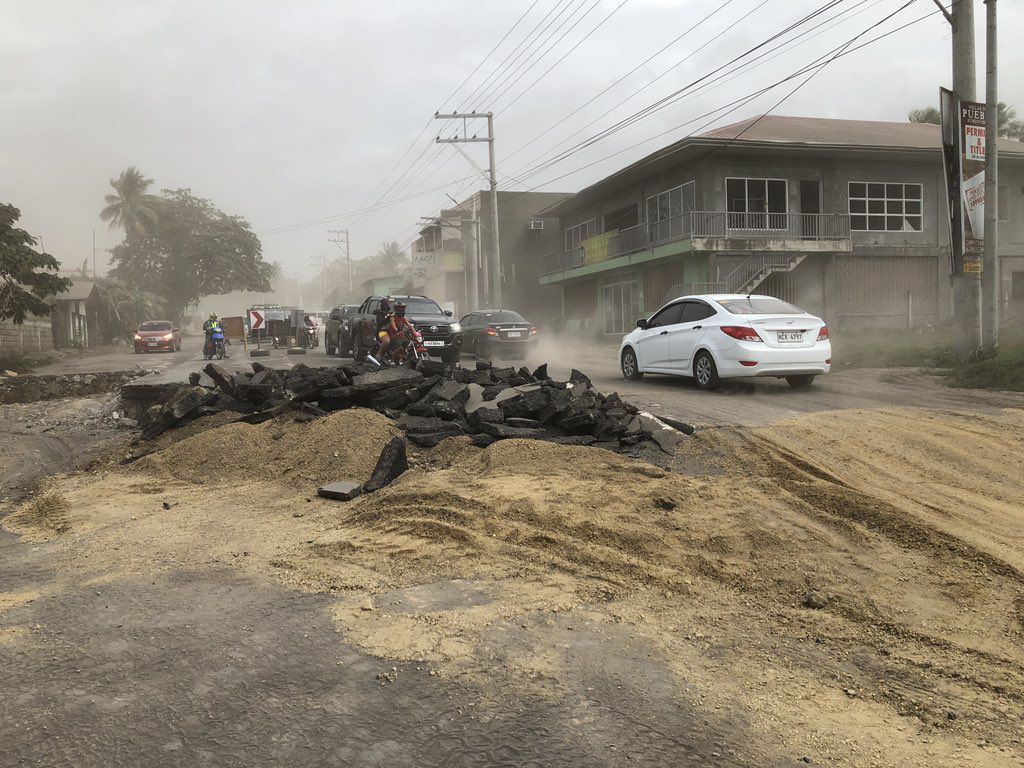 Such intense seismic activity probably means a continuous magmatic intrusion under the Taal building, which can lead to additional eruptive activity. Anak Krakatau - on 15.01.2020, one minute after the eruption, a hot spot is visible on this image Sentinel-2B L1C - Copernicus EMS

At Anak Krakatau, a thin white plume surmounted the bottom of the crater, on webcam images, on January 15 from 100 to 150 meters.

Four episodes of continuous tremor of dominant amplitude at 10 mm were recorded.

The alert level remains unchanged and the public / tourists are not allowed to approach the crater within a 2 km radius of the crater.