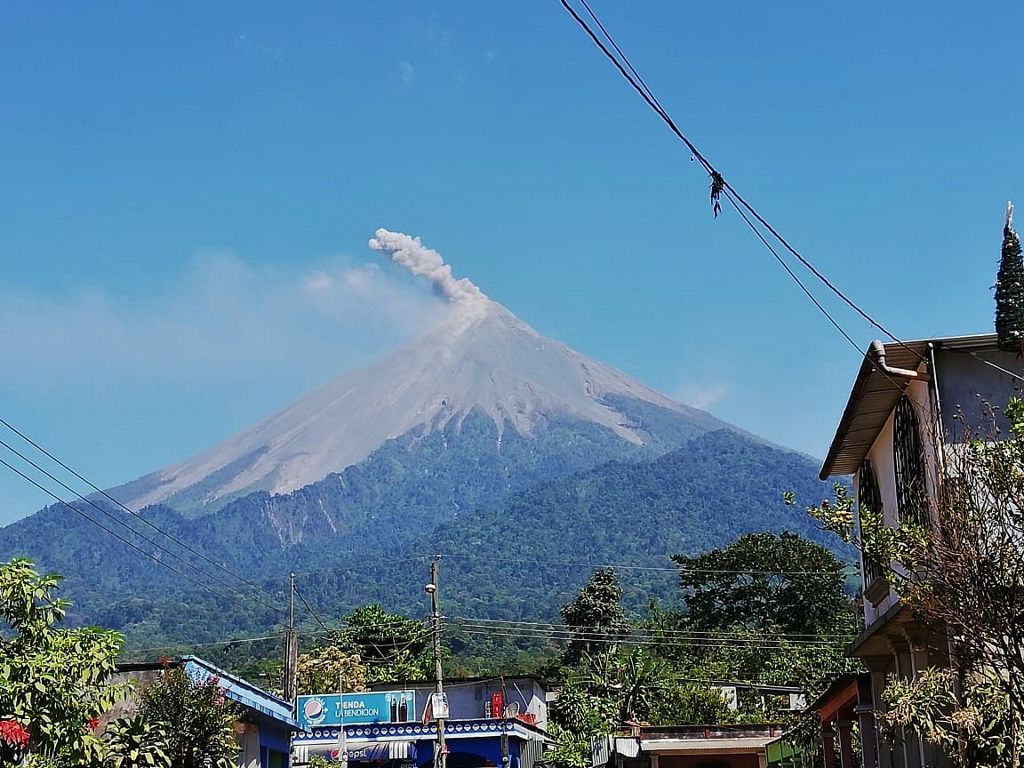 In Guatemala, Fuego activity continued on February 17 with explosions every 10 minutes between low and moderate, low fallout, a lava flow, and weak avalanches in the Ceniza barranca .

The Santiaguito volcano presented a degassing 100 meters above the crater which dispersed to the west by the wind. The volcanic activity remains in the average of the parameters. 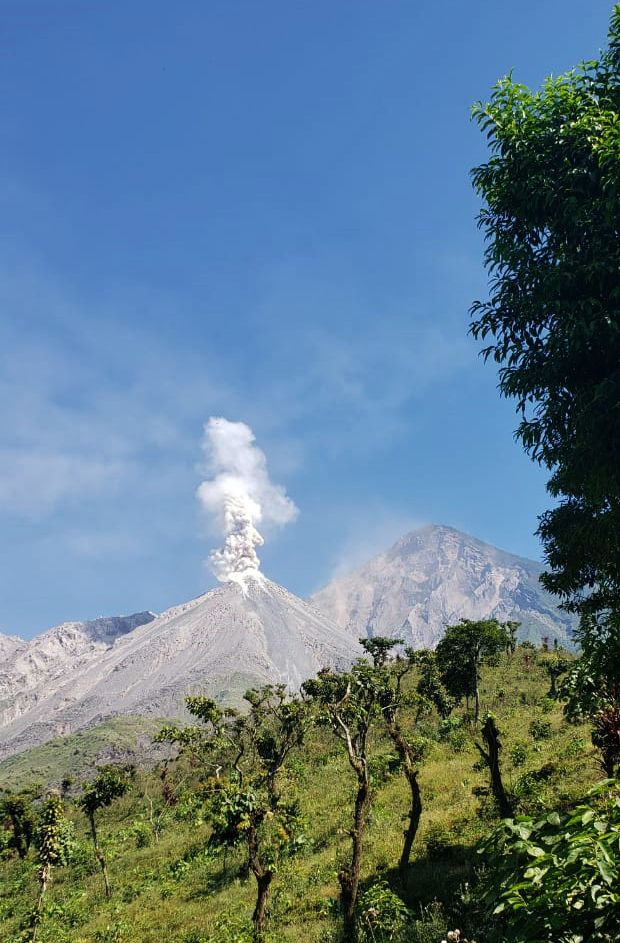 During the week of February 10 to 16, 2020, the eruptive activity of the Sabancaya volcano remained at moderate levels, with the continuous recording of moderate explosions and the consequent emission of ash and gas. Consequently, for the following days, no significant change in activity is expected. 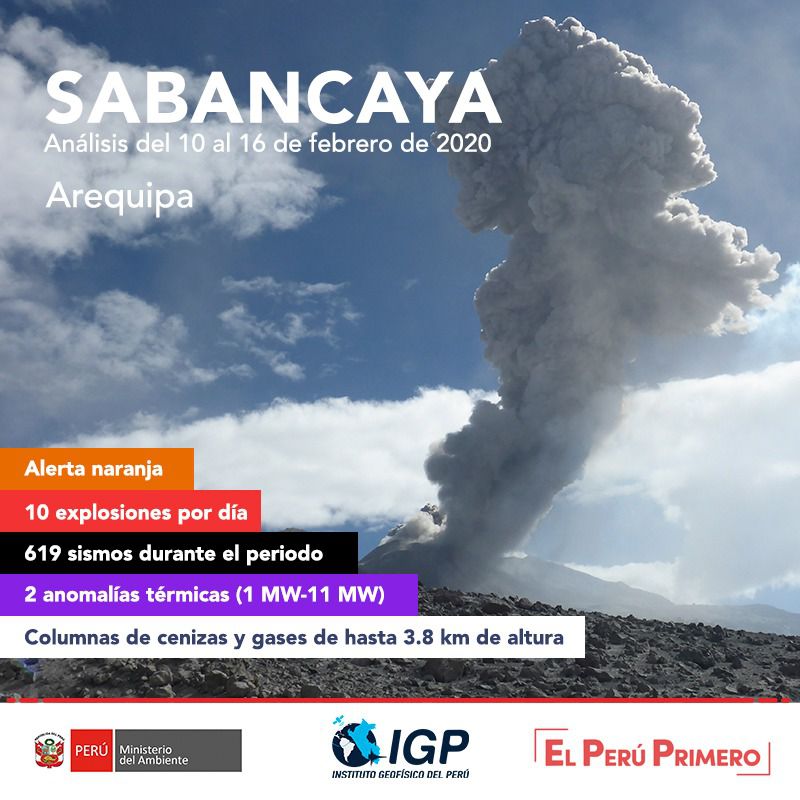 During this period, the IGP recorded and analyzed the occurrence of approximately 619 earthquakes of volcanic origin, associated with the circulation of fluids (magma, gas, etc.) which occur inside the volcano.

During this period, they recorded, on average, 10 daily explosions of medium to low intensity, and the presence of columns of gas and ash up to 3.8 km above the summit of the volcano, scattered in the sectors southwest, south and southeast of Sabancaya.

The monitoring of the deformation of the volcanic structure, using GNSS data, does not report any significant anomalies.

Satellite surveillance has made it possible to identify the presence of 2 thermal anomalies whose values ​​vary between 1 MW and 11MW, associated with the presence of a lava dome of approximately 280m in diameter in the crater of the volcano. note that the number of anomalies has been reduced due to the high cloudiness in the region.

The volcanic alert level remains orange, with a no-go zone with a radius of less than 12 km from the crater. The eruptive activity of the Ubinas volcano remains weak.

To date, the recording of earthquakes which would be associated with the rise of the magma on the surface is rare. Similarly, there are sporadic and sporadic emissions of bluish gases (of magmatic origin) and water vapor.

According to this scenario, the possibility of volcanic explosions and / or ash emissions is low. During the period from February 10 to 16, 2020, the IGP recorded and analyzed a total of 124 seismic events associated with the dynamic behavior of the Ubinas volcano, with the predominance of earthquakes of the Volcano-Tectonic (VT) type, related to fracturing of rocks inside the volcano. On average, 12 earthquakes were recorded per day with magnitudes below M2.3. The seismic activity which would be linked to the rise of magma (hybrid type) had decreased in number of daily events and in energy.

Visual surveillance, although limited by cloud cover at this time of the year, records slight emissions of volcanic gases and water vapor reaching a maximum height of 300 m.

The monitoring of the deformation of the volcanic structure, using GNSS data, does not record any anomalies. MIROVA satellite surveillance did not record any abnormalities.

It is recommended to decrease the level of volcanic alert from orange to yellow, associated with a no-go zone 6 km from the crater of the volcano.

The precipitation that occurs on the Ubinas and Sabancaya volcanoes can lead to the descent of the lahars, which would damage the communication routes and the cultivated fields. In Costa Rica, lake level fluctuations in the main crater of Irazu show a maximum this year.

Various causes are mentioned: entry into the dry period, lack of rain, and possible infiltration into the walls, all without indication of volcanic reactivation.