During the last two nights, glowing is observed at the summit crater of Mayon, in the Philippines, probably caused by hot magmatic gases, and the gentle rise of magma towards the surface. The emission of a plume of white vapor, weak to moderate is reported, crawling on the slopes before dissipating towards a western sector.

No volcanic earthquake was recorded; Sulfur dioxide emissions are measured at an average of 115 tonnes per day, and inflation has persisted since early 2019.

The alert remains fixed at 2.

The Phivolcs deplores the theft of two solar panels supplying the monitoring installations, no longer allowing data transmission. This stol was discovered during maintenance on February 5. 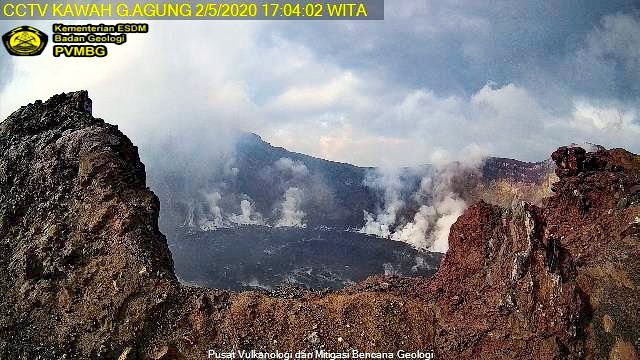 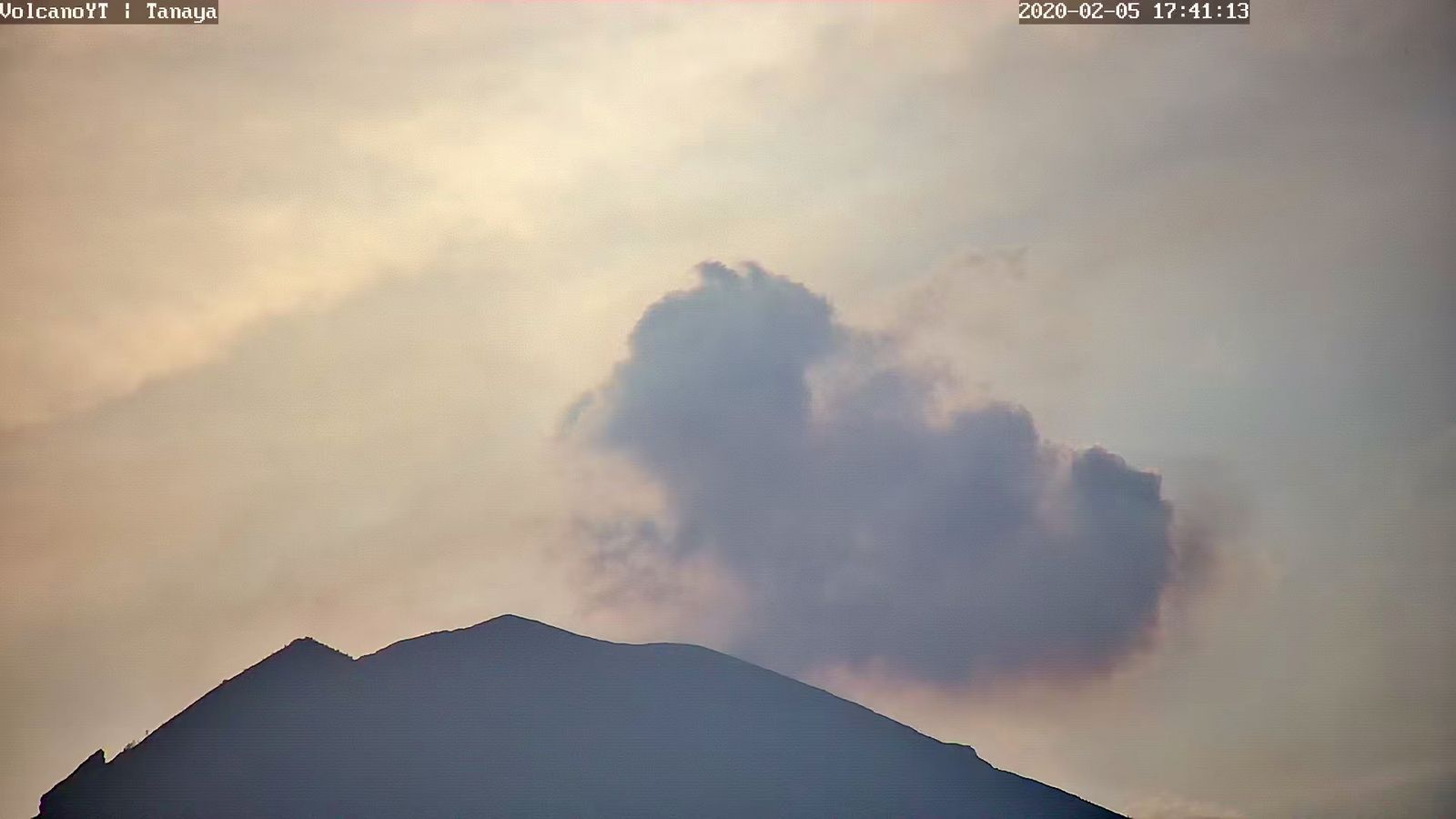 At the Agung, many fumaroles surround the dome-pancake present in the summit crater. A small white plume about 50 meters high surmounts the summit.

The level of activity remains at III / siaga, with a 4 km radius danger zone around the crater and advice on drainage where secondary lahars can form following seasonal rains. 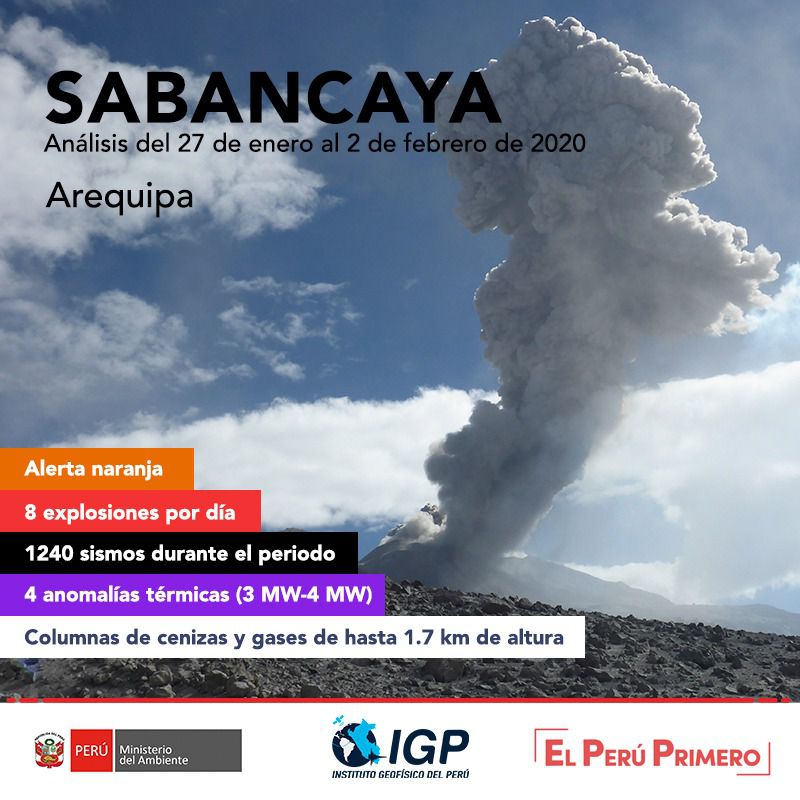 During the period from January 27 to February 2, 2020, the IGP recorded and analyzed at Sabancaya the occurrence of approximately 1,240 earthquakes of volcanic origin, associated with the circulation of fluids (magma, gas, etc.) at inside the volcano.

During this period, they recorded between 8 explosions per day, of medium to low intensity. Plumes of gas and ash are reported up to 1.7 km high above the summit of the volcano, scattered in the southeast, northeast, northwest and west areas of the volcano.

The monitoring of the deformation of the volcanic structure, using GNSS data (processed with fast orbits), does not record significant anomalies.

Satellite surveillance made it possible to identify the presence of 4 thermal anomalies with values ​​between 3 MW and 4 MW, associated with the presence of a lava dome in the crater of the volcano about 280 m in diameter. It should be noted that the number of anomalies was reduced due to the high cloudiness in the region.

The volcanic alert level is maintained at orange, with advice not to approach within a radius of less than 12 km from the crater. While it is true that the current levels of the Sabancaya eruptive process do not compare to what was observed during the first months of the eruption (November and December 2016 and January 2017), it is expected that activity explosive with ash emissions will continue over the next few months

" To date, there are still seismic signals which indicate the rise of new contributions of magma from the depths, it is therefore expected that the light to moderate explosive activity will persist in the weeks and months following with the consequent expulsion of the ashes ", according to engineer Del Carpio.

In Guatemala, the Fuego continues its explosive activity at the rate of 5 to 8 episodes per hour, accompanied by ash plumes reaching an altitude of 4,900 meters (flight alt. 160 / VAAC Washington). The ashes move towards the northeast for about twenty kilometers, with fallout on Alotenango, Ciudad Vieja and Antigua Guatemala.

Night glow is linked to impulses 200 meters high and avalanches of boulders in the barrancas.