Activity of Klyuchevskoy, Mauna Loa, Manam and in the Reykjanes Peninsula.

The explosive eruptive activity continues at the Klyuchevskoy.

Thermal anomalies are reported by Mirova, between high and medium. 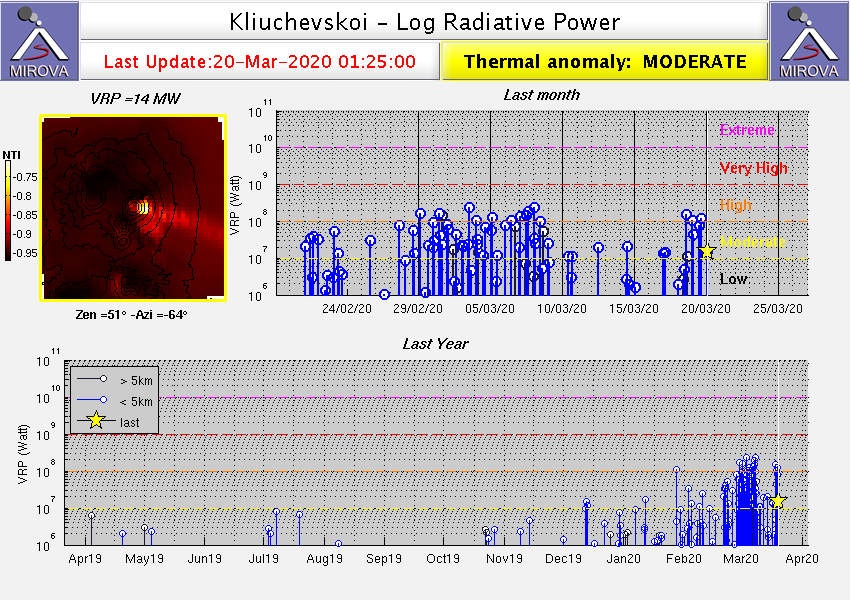 Over the past week, HVO seismometers have recorded approximately 87 small magnitude earthquakes under the upper altitudes of the Mauna Loa volcano. Most of these events occurred at shallow depths less than 5 km (~ 3 miles) below ground level.

The strongest earthquake during this period was a magnitude 2.3 event on the morning of March 19. This earthquake was located in the area of ​​the radial vents to the west of the summit caldera within the volcano.

The volcanic alert remains at Advisory and the aviation code at Yellow. Mauna Loa is not erupting. Ashes are observed by satellite at a flight altitude of 100, moving east. The latest distortion results around Mount Thorbjorn on the Reykjanes Peninsula indicate that inflation causing an uprising in the region has resumed. The uprising is slower than when it was measured in January, but seems to be in the same place. The most likely explanation for the signal is that the influx of magma has started again.