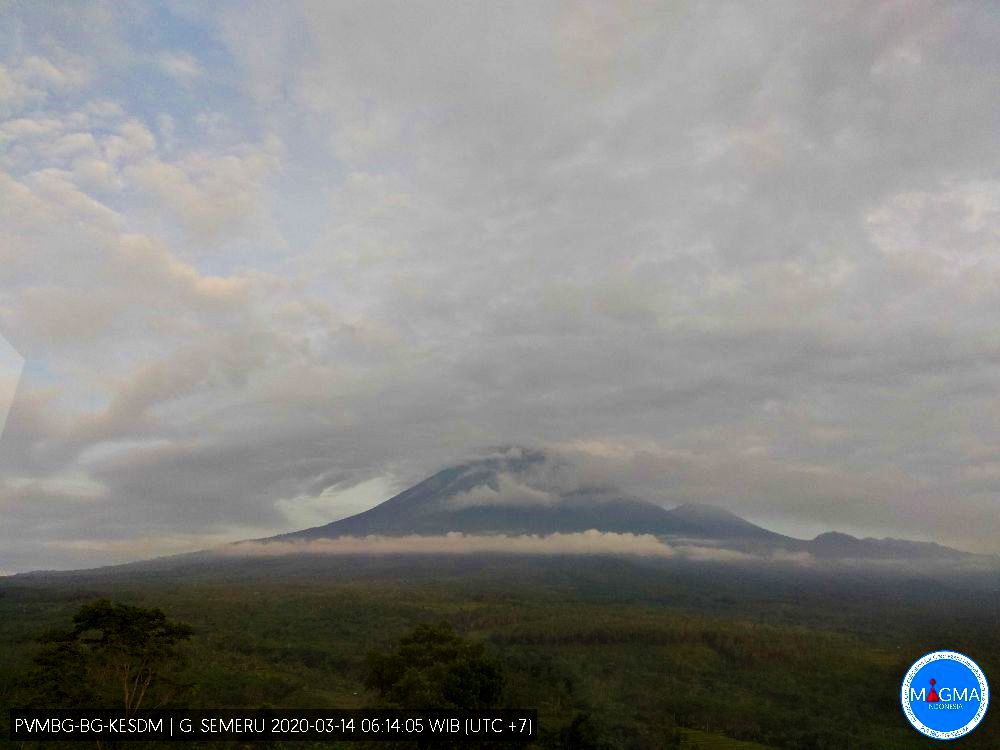 In Semeru, on level 2 / waspada alert, seismicity is characterized on March 14 between 12 am and 12 noon local time by:

- 14 avalanche earthquakes with an amplitude between 2 and 6 mm and a duration of 35 to 90 seconds,

- a volcanic earthquake, with a 14mm amplitude and a duration of 10 sec.

- and a distant tectonic earthquake. In the past 24 hours, using Popocatépetl volcano monitoring systems, 163 exhalations have been identified, accompanied by water vapor, volcanic gases and small amounts of ash. In addition, a minor explosion was recorded earlier today at 7:01 a.m., which had a low ash content that dispersed in a southwest direction. There were also 97 minutes of tremors.

At the time of this report on March 13 at 11:00 GMT, emissions of volcanic gases and slight amounts of ash were presented, dispersing preferentially to the southwest.

The tracking by webcams shows a minor explosion at 8:46 p.m., accompanied by a plume of ash and gas reaching 1,500 meters and the expulsion of incandescent materials covering the side is 500 meters.

Another explosion was observed at 11:08 p.m.

The alert levels remain at Amarillo Fase 2, with a 12 km no-go zone. In Peru, a lahar is reported by the Instituto Geofisico this March 13 at 4:30 p.m. on the southeast sector of the El Misti volcano; of moderate volume, it lasted about 15 minutes and borrowed the southeast quebradas, in the districts of Chiguata and Paucarpata. 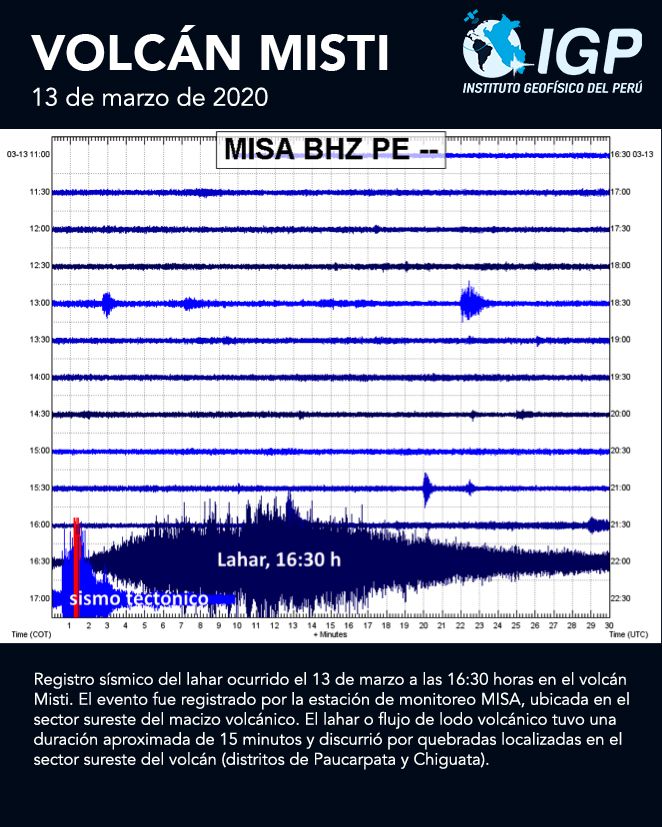