Activity of Semeru, Stromboli and Etna.

The eruptive activity of Semeru has experienced a period of increase since February 19-20, 2020 (see yesterday's article).

Semeru released a three-kilometer pyroclastic flow on March 3, as reported by the Malang Subagyo Regional Disaster Management Agency (BPBD) via a digital message Tuesday (3/3) at 5:33 pm WIB. Currently, the volcano is on level II alert (Waspada). The pyroclastic flow was observed with a maximum amplitude of 23 millimeters and a duration of 540 seconds. It slides towards Besuk Kembar and Besuk Bang from the center of the avalanche at a distance of about 750 meters from the main crater.

According to Subagyo, these natural phenomena have occurred frequently and current conditions are still safe and under control. However, the Center for Volcanology and Mitigation of Geological Disasters (PVMBG) and BPBD have always called on the public not to carry out activities within a radius of one kilometer and an area of ​​about four kilometers in the area of south-south-east slope which is a trajectory of descent of the hot clouds from the main crater Jongring Seloko. 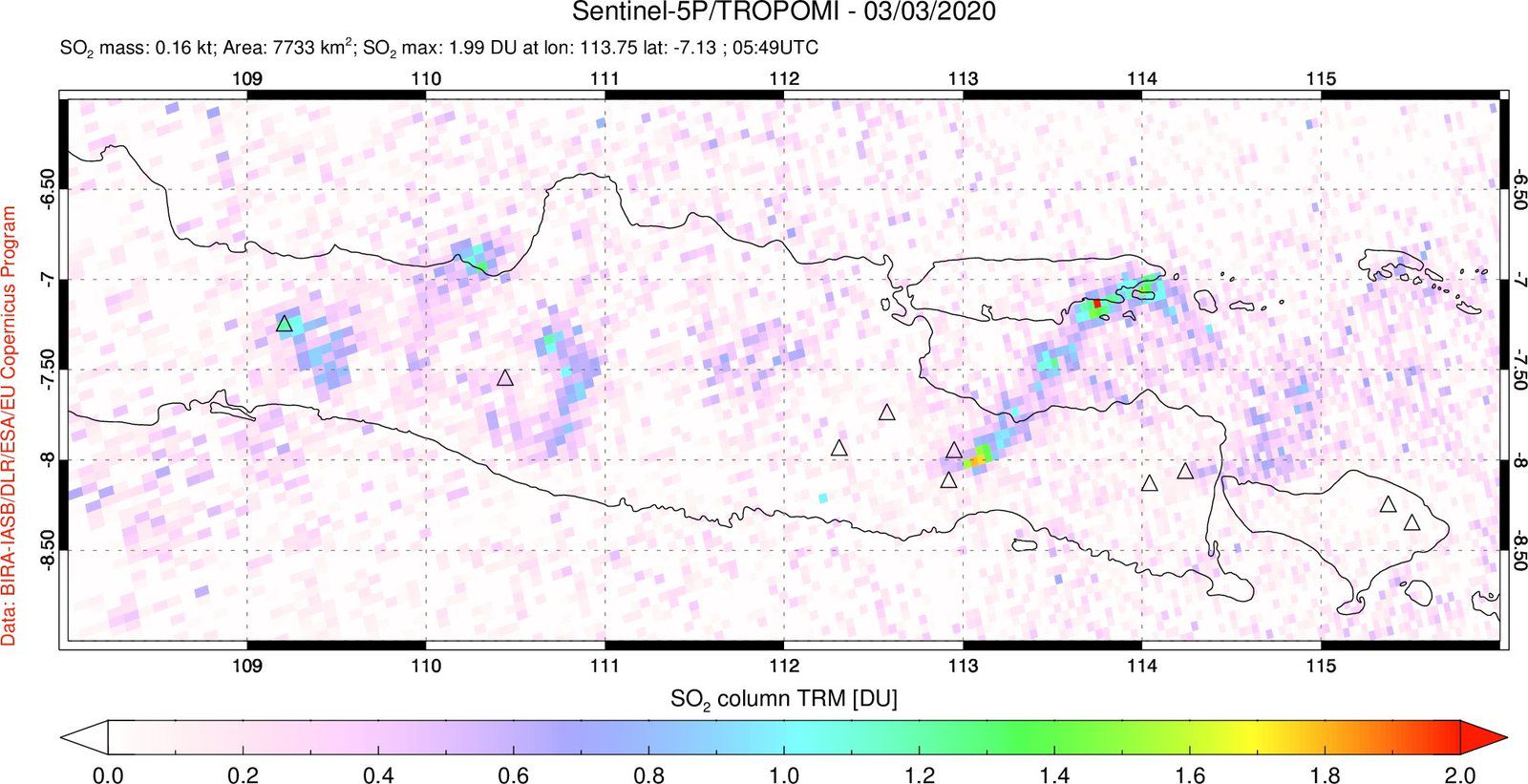 An image of the Sentinel-5 P / Tropomi Satellite illustrates the sulfur dioxide emissions over the island of Java on March 3, 2020 : from left to right, SO2 emissions from Slamet, those in dispersion following the morning eruption of Merapi (see article yesterday), and the plume of Semeru, before an eruption later in the day on March 3. In Stromboli, between February 24 and March 1, 2020, the INGV reports an explosive activity of normal Strombolian type, accompanied by degassing activity; the hourly rate of explosions fluctuated between average values ​​(11 / h on 26.02) and high average values ​​(17 / h on 24.02).

At least three vents, in the area of ​​the North crater, expelled bombs and lapilli, which covered the outer slopes of the area overlooking the Sciara del Fuoco, where blocks rolled to the sea.

Three mouths, in the center-south zone, were the site of mainly fine material explosions.

All the vents are located in the depression of the terrace. A drone observation shows a cone of slag in the Voragine, flanked on the south side, by a mound provided with a mouth feeding active lava flows. These flows have formed a large, partially cooled lava delta in recent months. 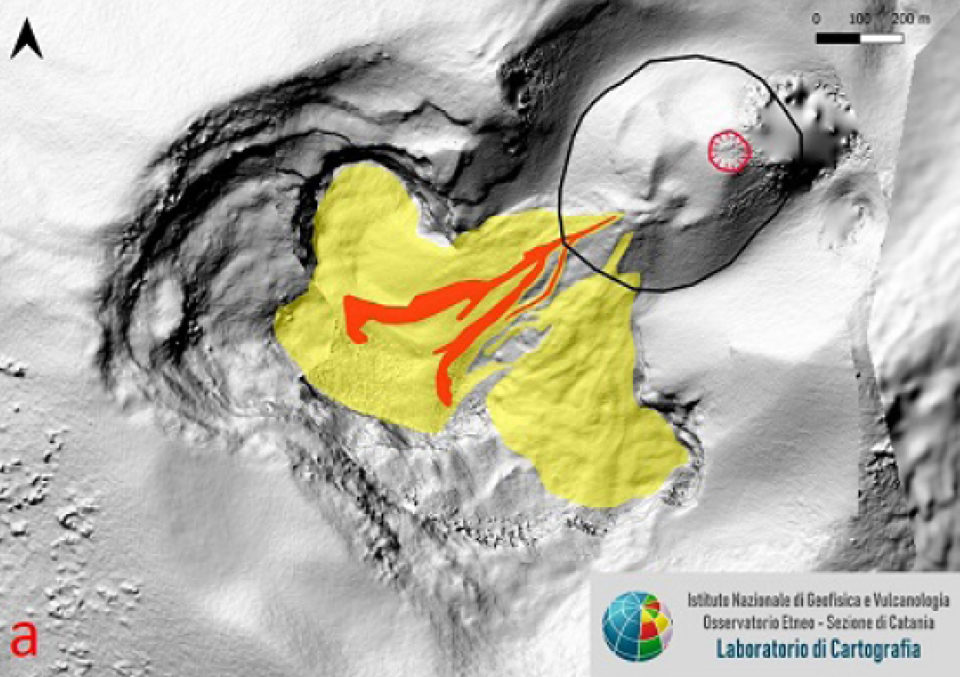 Etna - the lava field being cooled (in yellow) in the Bocca nuova and the active abutment unit (in red) - the black line indicates the base of the slag cone and the red line, the edge of the crater - Doc INGV OE At the NEC, sporadic explosions and emissions of ash were observed, and occasional intracratric strombolian activity is reported at the mouths located at the bottom of the crater.

Activity at the NSEC level is reported at the level of the saddle cone, strombolian, with continuous ash emissions; the soil is fractured and produces fumaroles.