News from Merapi, Semeru, Sabancaya and the Reykjanes Peninsula. 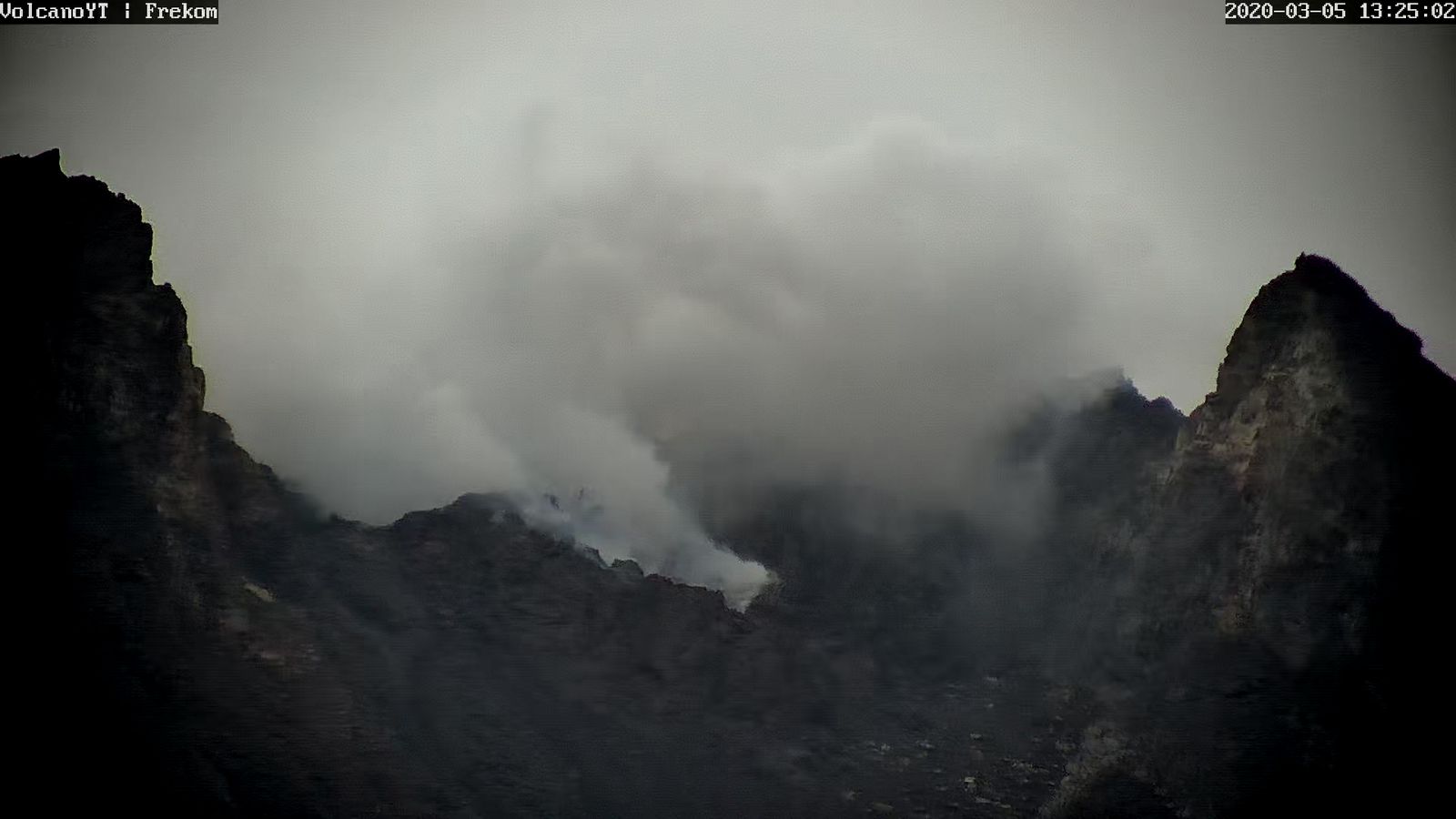 After the explosive eruption of March 3, the seismicity of the Merapi indicates, for this March 5, 4 avalanche earthquakes recorded with an amplitude of 20 to 60 mm and with a duration of 35 to 122 sec., Without indication of distance and sliding direction.

The volcano is covered by fog, rain and wind episodes; during a gap, a photo of the summit and the dome could be taken on the webcam. The Semeru volcano  presented this March 4 a thin plume of 50 to 100 meters above the summit, before being covered by fog.

The seismicity informs 61 earthquakes of eruption of amplitude 11-25 mm and with a duration of 70-215 sec., And one earthquake of breath.

The activity level remains at 2 / waspada, with a ban on activities within a radius of 1 km, increased to 4 km in the SSE sector of the crater, the descent channel of the pyroclastic flows. 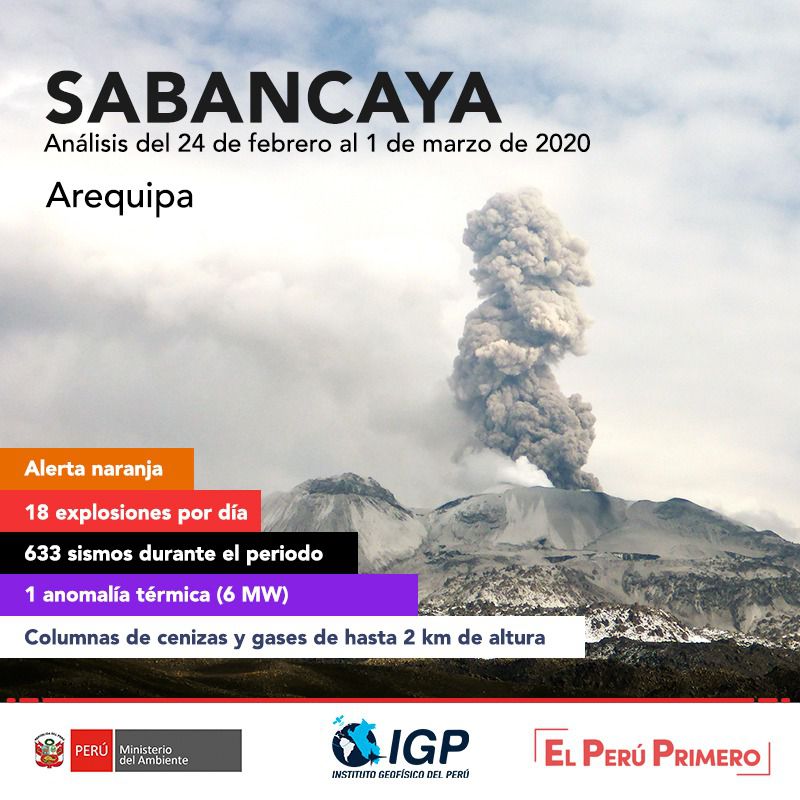 The eruptive activity of the Sabancaya volcano remained at moderate levels during the week of February 24 to March 1, characterized by the continuous recording of moderate explosions and the resulting emission of ash and gas, ... no significant change in activity is expected.

The IGP recorded and analyzed the occurrence of approximately 633 earthquakes of volcanic origin, associated with the circulation of fluids (magma, gas, etc.) inside the volcano.

An average of 18 daily explosions, medium to low, were recorded, accompanied by plumes of gas and ash reaching up to 2,000 meters above the summit.

The monitoring of the deformation of the volcanic structure records significant anomalies.

On February 26, 27 and 28 at 3:52 p.m., 2:20 p.m. and 1:00 p.m. respectively, the IGP recorded and reported the descent of 3 lahars, via the Volcanes Pérou mobile application, through the Huayuray-Pinchollo stream, in the northern sector of the volcano. Sabancaya. The events presented volumes deemed small to moderate, which generated the temporary blockade of the Chivay-Cabana highway in the Cabanaconde district.

The volcanic alert level remains orange, with a recommended radius of less than 12 km from the crater. 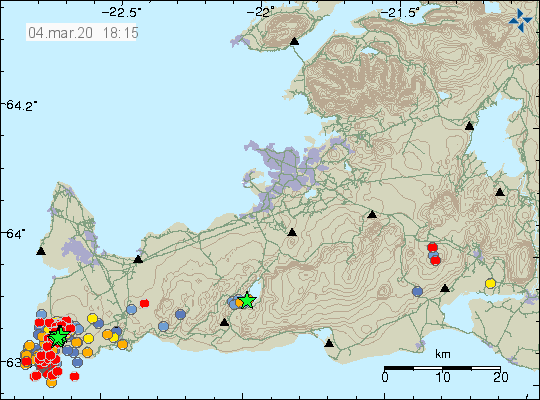 Ups and downs in the seismicity of the Reykjanes Peninsula:

On March 4, seismic activity increased again at the southwest tip of Reykjanes, where a seismic swarm started on February 15. Three earthquakes of magnitude greater than 3 were detected, the strongest of 3.4 M, out of the 300 earthquakes of the day.

On the other hand, the seismic activity near Thorbjorn is in significant decrease. Inflation is no longer observed, likely following the cessation of the magmatic influx. The state of uncertainty declared by the Civil Protection is still current.

The warning not to excursion in the caves of Eldvörp remains in effect, due to dangerous levels of carbon dioxide and low oxygen levels.