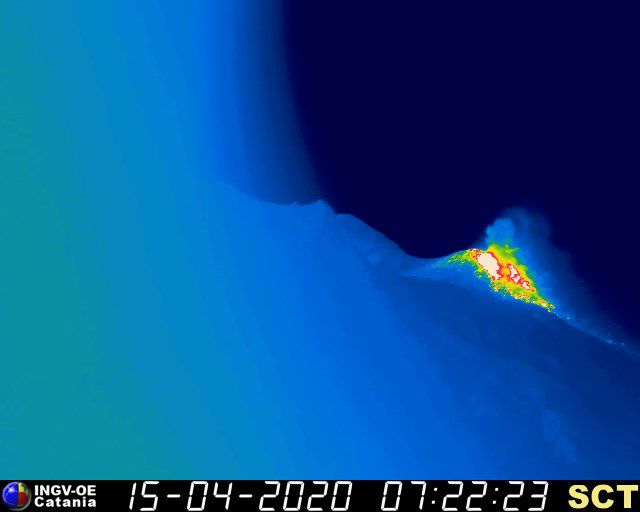 On April 14, at 4:12 UYC, the LGS surveillance network recorded a deflation of the ground, presenting all the typical characteristics of the lava overflows recorded in 2014 and March 31, 2020. The webcams do not corroborate the effusion, which is most likely intracratric, and concerns small volumes.

The INGV OE reports on April 15 from 7:16 UTC a lava overflow from the north crater of the Stromboli terrace. Glowing blocks detach from the lava front and roll into the Sciara del Fuoco. A VLP seismic signal is observed and reported by the LGS, comparable in amplitude and frequency to the signal recorded on March 31 which accompanied a small lava overflow. The signal is associated with a fall of blocks of approximately 20 minutes (7:16 a.m. - 8:00 a.m. UTC).

The depth of the VLP seismic source is compatible with a magmatic column which has been very shallow for weeks. The VLP seismic signals remain at very high values. Explosive activity at the NE crater, increased over the past week, has rapidly decreased overnight, starting at 23:00 UTC yesterday. 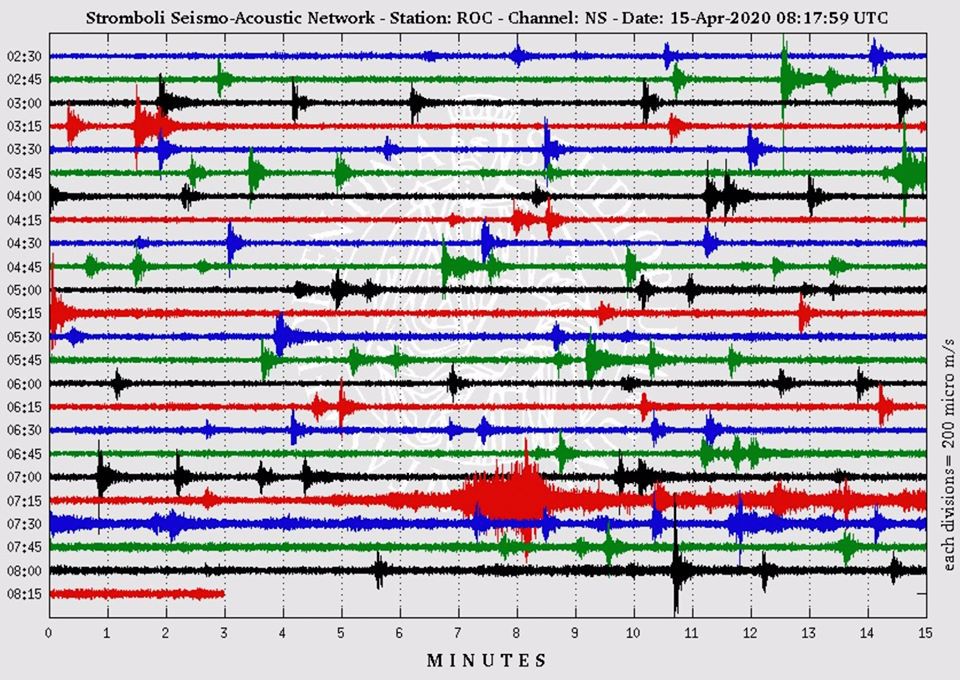 At Kuchinoerabujima, in the Ryukyu Islands, currently on level 3 alert, activity continues, with the emission of a white-gray plume on April 16 at around 3 p.m. local, according to the JMA. The activity is in progress. 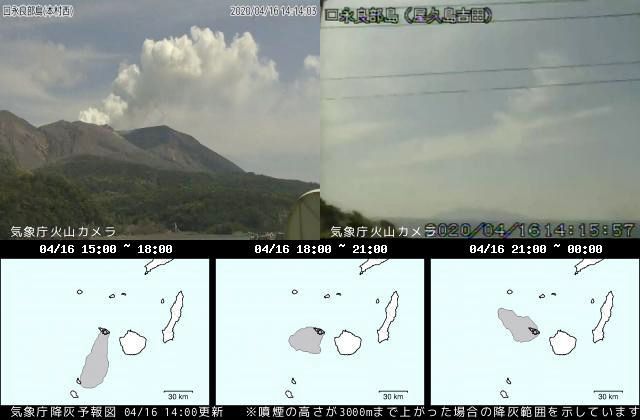 Whakaari / White Island remains in a high state of turmoil according to the latest GeoNet report of April 16. No significant change in the quantity of volcanic gas emitted or of seismic activity was recorded in March-April. The volcanic alert level remains at level 2; The aviation color code remains yellow. 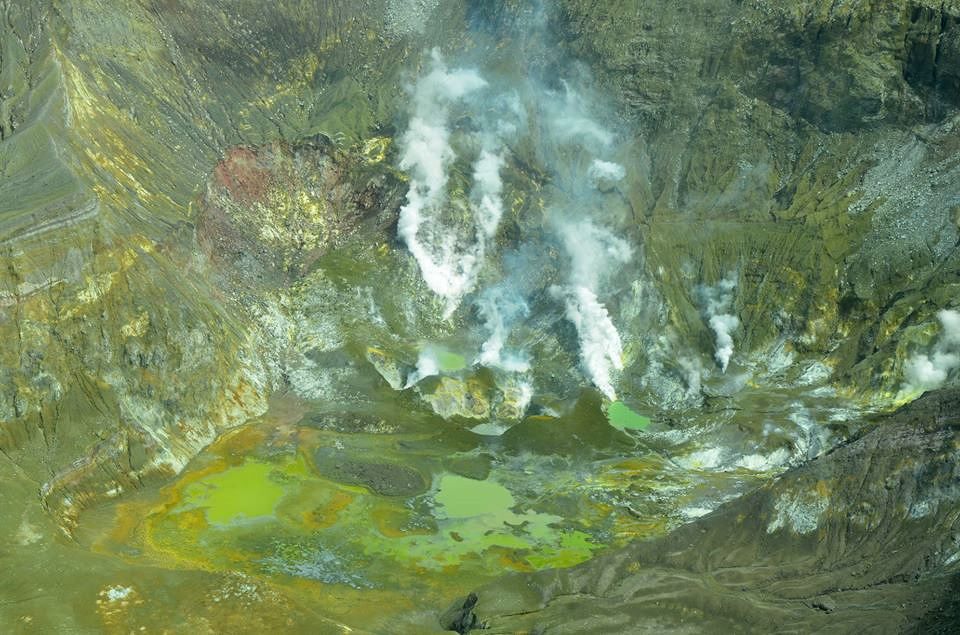 "During the lockdown (COVID-19 level 4), we continued to monitor Whakaari / White Island with the instrumentation which automatically sends us data. This is mainly data from seismic and SO2 sensors, and images from our web cameras. Over the weekend, there were public reports of increased vapor emissions, but we can confirm that there were no eruptions; just the weather allowed people to see the plume of volcanic gas better. We have not done any other aerial measurements and observations of the volcano in the past three weeks.

Gas data transmitted remotely from sensors does not suggest any significant change in SO2 production from what we saw in March. Emission rates for other gases have not been measured in the past few weeks as we have reduced non-essential field visits during the COVID-19 lockdown. Seismic activity remains at lower levels and continues to fluctuate over periods of several hours or days.

Although web cameras are still partially covered by the ash from the December eruption and need cleaning, the recent rain has helped. The layout of the active vent zones seems to have been practically unchanged since the beginning of March. We continue to see evidence of high temperatures at night, but no change in the locations of these heat sources is apparent.

The active area remains a dynamic environment and an eruption could occur with few warning signs. "  (Report of 04.16.2020 - GeoNet)