In Guatemala, the Pacaya presents a continuous strombolian activity, with ejection of incandescent materials to 25-50 meters above the summit crater Mackenney, emissions of gas and vapor plume, dispersed in the south and the southeast, and a lava flow on the northeast flank reaching the length of 300 meters on satellite images.

Seismicity is characterized by internal tremor associated with the rise of magma, degassing and Strombolian explosions. 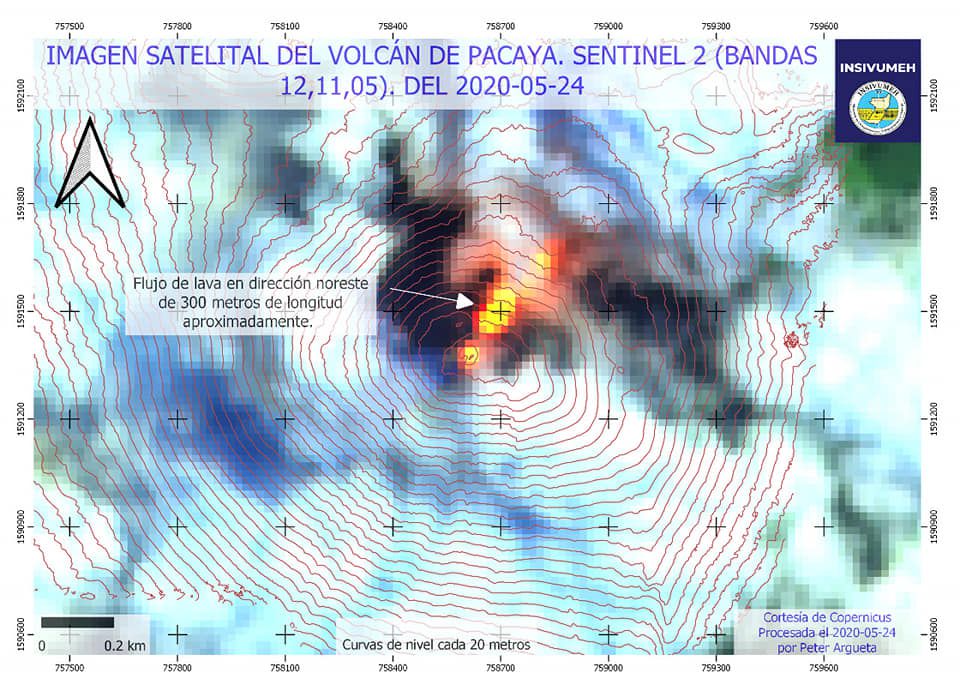 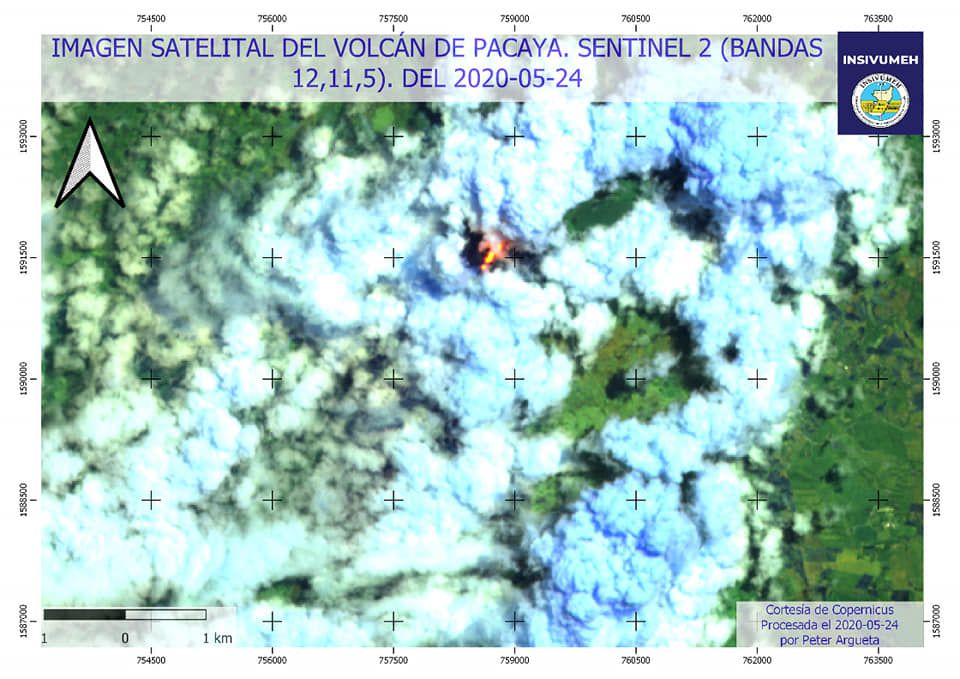 At the Fuego, a lava flow a hundred meters long towards the Seca barranca is observed in the images of Sentinel-2, as well as avalanches of blocks reaching up to 280 meters in length.

The rains on the upper parts of the drainage generate weak to moderate lahars, marked by volcanic material, blocks of 1-2 meters in diameter, and trees. Insivumeh reports a lahar this May 25 at 8:15 p.m. local in Barranca Seca, and Rio Pantaleon.

The Geophysical Institute of Peru (IGP) reports that the eruptive activity of the Sabancaya volcano remains at moderate levels, with the continuous recording of explosions, on average 6 per day, accompanied by plumes of gas and ash up to 3 km high above the summit of the volcano.

During the period from May 18 to 24, the IGP recorded and analyzed the occurrence of approximately 525 earthquakes of volcanic origin, associated with the circulation of fluids (magma, gas, etc.) inside the volcano.

Satellite surveillance identified the presence of 5 thermal anomalies with values ​​between 2MW to 15MW, associated with the presence of a body of lava on the surface of the crater of the volcano.

The volcanic alert level remains orange, with a recommendation not to approach within a 12 km radius of the crater. In Semeru, the PVMBG reports for the seismicity of May 26 between 0 and 12h local time :

- 2 avalanche earthquakes, with an amplitude of 3-5 mm and an earthquake duration of 47-63 seconds. The sliding distance and the direction of fall are not observed.

On the satellite images, hot spots are always visible at the top and lower on the side at the level of the lava flow. 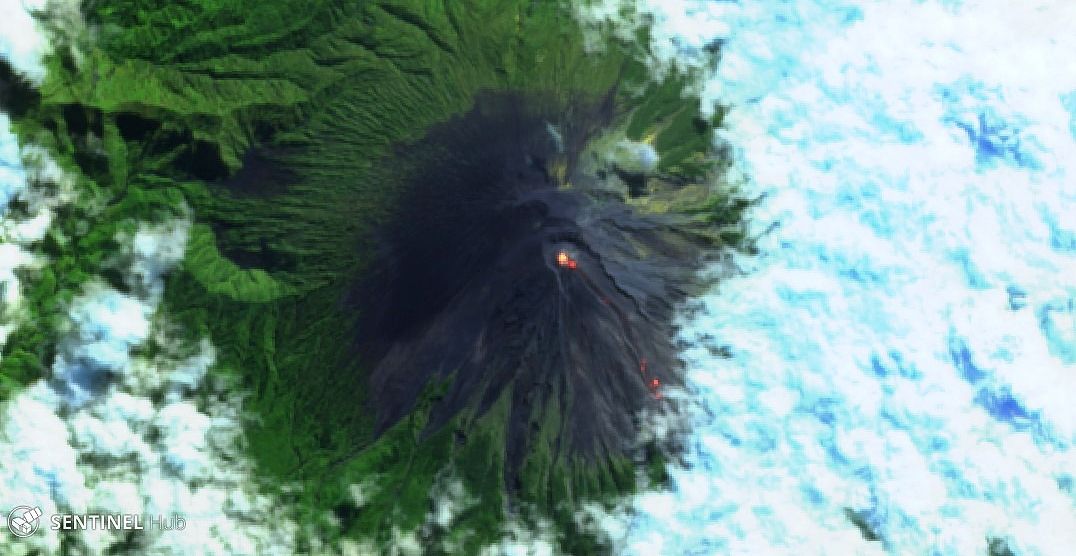 According to the volcanologist Yuri Demyanchuk, the dome of the Shiveluch which had collapsed following the eruption which occurred in August of last year and had formed a pyroclastic flow over fifteen kilometers, has conventionally reformed.

It is now visible to the naked eye from the Shiveluch station located about 50 km away.

According to the FEB RAS Institute of Volcanology and Seismology, the current Shiveluch eruption began on January 1, 2019. Since the beginning of the century, this is the ninth eruption of the volcano. 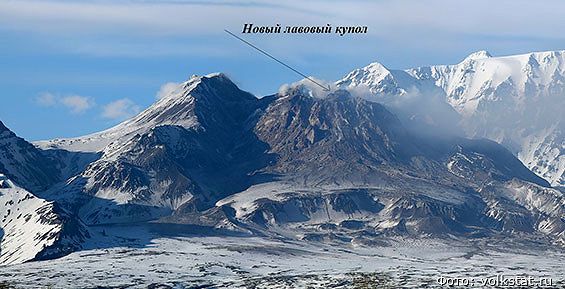 Shiveluch - the dome visible to the naked eye (arrow) - photo Volkstat.ru / via Kam24